When Arsenios was 15 y.o his elder brother began to worry about him. He thought he might have gotten sick because of the exaggerated fasting. Then a neighbor called Kostas told him:

`Do not worry, I will make him change, throw away the books he reads and quit the prayer and fasting.`

Thus one day when he met with Arsenios he began to speak to him about Darwin`s theory. But he told him that despite these Christ had been a kind man. He told him a lot of lies until he confused him completely. Confused as he was Arsenios ran to his shelter at the church of Saint Barbara.

There he began to make prostrations and pray Christ from the bottom of his heart and with childish naivety saying:

`Christ my Lord if You exist reveal Yourself to me.`

He made prostrations for a long time and as i twas summer he was all wet from sweat. He was tired but no sign was shown to him.

Exhausted as he was he sat down for a while and thought : `When I asked Kostas what is his opinion about Christ what did he tell me ?` `He was the kindesr and most righteous man and because he preached justice he affected the interests of the Pharisees who crucified Him out of their malice.

If Christ was such a kind and righteous man and no other man has ever been like Him and He was killed out of envy and malice then it is worth to do more things than I did for this Man and even to die for Him. I don`t want heaven, I don`t want anything. Immediately after he had this noble thought Christ appeared to him surrounded by light – the small church was shining brightly and told him: `I am the Resurrection and Life; he that believeth in me, though he were dead, yet shall he live[1]. A These words he also read in the Gospel Christ was keeping open in His hands. Then in his heart it was kindled the sweet flame of love for Christ which brought him such a spiritual change that all along his way home he repeated only this: `Come now Kostas to argue  in words if God exists or not.

I prayed to God 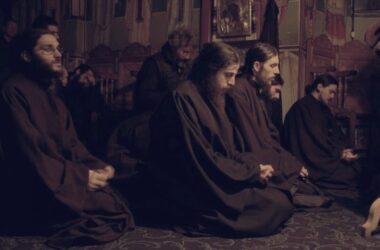 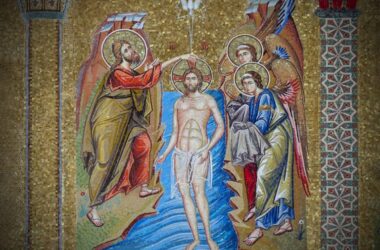 The Baptism of the Lord 13 Then Jesus came from Galilee to the Jordan to be baptized by John. 14 But…