Are there lucky and unlucky men ? Would that be unfair? What is luck? For the Orthodox Church there is no luck. There is no fate, what is written for you, the prescribed destiny of the man. In the whole hagiographic and patristic teaching there is no reference to luck. People think that luck gives them incredible wealth, the benefit of a promotion in a higher position, that saves them of certain dangers.

It is a proven fact that there is nowhere and it has never been any superior force to be called luck. And it wouldn’t be of any help any object, amulet or blue ball. We think that people were deluded by some amateur conjurors. What seems casual tp people has for sure a more profound meaning. There is no destiny.

The idol Moloch called the God of Luck to whom were brought human oblations, especially children, was thought to offer prosperity in change.

Democritus said that men made the idol of luck as a justification of their own recklessness. Wise Solomon says: Do not trust in luck. Luck is not something you should trust, says Hilton. Of course there are some old and new writers who believe in luck. Aristotle considers luck master of circumstances. Seneca says that luck is afraid of the brave one but scares the fearful.According to Hugo luck is the diminutive of providence. Einstein says that luck is the sum of many various coincidences.

We think that all the ups and downs from our life are caused by a discrete noble and uncontraining providence of the most kind God. In an anthropomorphic way we could say that God is worried for our salvation. For this reason He gives us the good things to thank Him and praise Him. He offers us some bitter things as well, not as a cruel and offended God, as a revenger and punisher but as a perfect teacher guiding us towards repentance and improvement. God takes care, protects each man because we are His creatures and His care for us will never cease. He doesn’t leave His children without food and care. He doesn’t leave them in the care of luck. The one who feeds the birds of the sky and the wonderful flowers of the field, will He leave the man be drawn by fate? There is no fate, no predestination in the life of men. There is a profound and essential reason for what happens, for the good and the bad ones from people’s lives. There is a certain reason in the various things and events that take place and there is also a good distant aim.

My beloved there is a divine plan for the world and for each man. Of course the freedom of man’s will is absolutely necessary and when it doesn’t exist, the grace of God who works in many ways for everyone doesn’t intervene.

God gave the man the freedom of will, because he doesn’t want to have some deaf and dumb servants or powerful followers, acclamators and agitators. The hidden and personal bond of the man with God is an amazing mystery. The one who uses his freedom given by God is responsible for that. So there is no luck. Thus we can say that there are no lucky and unlucky men.

However even nowadays even some educated people believe in luck and run with money to many fortune tellers to predict their fate, luck and future. We talk about magicians with diplomas, sly astrologers, fortune tellers, false psychologists. They deceive the deluded, make fortunes exploiting the naivety of some unfortunate men. The blessing of some of these is: `May you have good luck!` A sly, evil, cunning man, a liar, a crook is lucky. The honest man, the poor, the sincere, the faithful full of kindness is not lucky. In the end truly lucky is the one who has a pure conscience, who has a peaceful sleep, who found the salvation for his soul.

We end humbly saying from the heart that we are really lucky to have such a kind God.

Christianity should not change to the spirit of each epoque

The Parable of the Tenants 12 Jesus then began to speak to them in parables: “A man planted a vineyard. He… 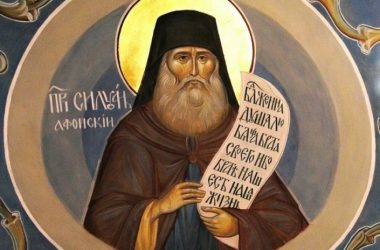 Akathist of Saint Paisios the Athonite