Everything you do, you get it back

One day a man saw an old woman who was on the side of the road but even in the dim light of the dawn he could see that she needed help.

So he parked his old car in front of her Mercedes and got out.

Hours had passed since nobody stopped to help her. But he thought that maybe she wouldn’t like to be helped by him, because he looked like a beggar. He realized she was trembling because she was standing there in the cold.

He understood perfectly how she felt. `I’m here to help you`, he said. `Why don’t you go back in the car to wait there because outside is cold?` My name is Kostas son of John.

The only problem the woman had was a flat tire, but because she was old this was a big problem for her. Kostas went under the car and fixed the jack, hurting his elbows. He changed the wheel quickly, but he got dirty and hurt.

While he was tightening the bolts the woman opened the window and started to speak. She told him that she was from the village St.Stephen and she was passing through that place. She didn’t know how to thank him for his help. Kostas smiled while closing the trunk.

`Give me what you want`. The woman thought of what could have happened to her if he hadn’t helped her. Kostas thought again if to ask her to pay him. It was a helping hand offered to someone in need. He remembered how much others had helped him in the past. That’s why now it seemed strange to act in a different way. Because of this he told her that if she wanted to repay him the next time she would see someone in need, she should offer her help to that person. `Remember me! He said.

He waited until she started the engine and left. It was a cloudy and cold day but he felt fine while driving home.

A few km further the woman saw a small restaurant. She stopped to take a snack and move her legs. It was a nice place. Outside there were two petrol pumps. The sight was different. The waitress came to her with a clean towel to wipe her wet hair. She had a sweet smile in spite of her fatigue. The old woman noticed that the waitress was pregnant in the eigth month but she didn’t want to be noticed the problems she had. The old woman wondered how someone who had so little gave so much to a stranger. Then she remembered Kostas.

When she finished her meal she paid 100 euros. The waitress went to bring her the change but the old woman had already left. Then she saw written on napkin: You don’t owe me anything. I was in your situation too. Someone helped me then in the way I’m helping you now. If you ant to give me back the change here is what you should do: don’t let this chain of love break. Under that napkin she found 500 euros more. The tears were flowing quietly on her cheeks.

How did that woman know that she and her husband needed so much some money? With the coming baby the things weren’t quite easy…She knew how busy was her husband. Then bent herself to the ear of her husband who was sleeping and whispered: Everything will be all right Kostas… son of John…

An old saying tells Everything you do, you get it back.

The diligent, the lazy and the temptations

About God the Son (V) 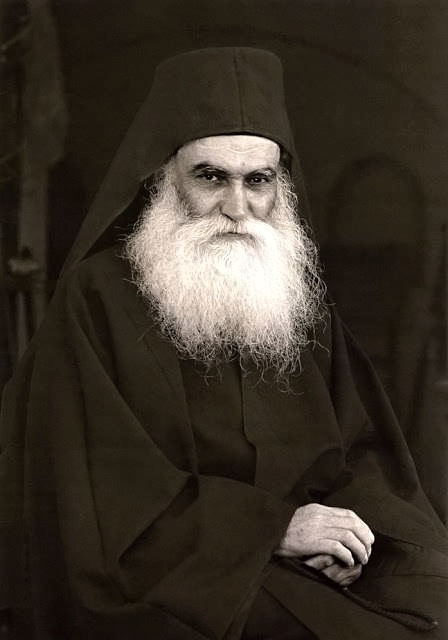 About the obedience shown to the spiritual father