There was a man…

An old woman was dragging her feet through the snow. She was lonely and forsaken. All the passers-by from the sidewalk turned their eyes away, so that they would forget that pains and troubles never cease, not even when we celebrate Christmas.

A young couple who was talking and laughing, having the hands full with  shopping bags and gifts paid no heed to the old woman. A mother with two children was hurrying towards the house of the grandmother and they ignored her as well. A priest passed by but having his mind at the heavenly things, didn’t notice her.

If they had noticed her, they would have seen that the old woman had no shoes in her feet. She was walking barefoot on the ice and through the snow and was holding her buttonless coat tightly with her hands around her neck. She wore a colored scarf on her head. She stopped in the station and waited for the bus. A gentleman who was holding an elegant bag in his hand was waiting in the station as well, but kept the distance. There was also a young woman who looked several times at the old woman’s feet but didn’t say anything.

The bus came and the old woman got in slowly and hardly. She sat on the side seat, right behind the driver. The gentleman and the young woman went quickly to the seats from the back of the bus. The man who was sitting next to the old woman turned on his seat and was playing with his fingers. Alzheimer, he thought. The driver seeing the bare feet of that old woman said: This district gets more and more impoverished. It would be better if they changed the route on the other side of the boulevard.

A small boy pointed towards the old woman:

His mother got upset and slapped him over his hand.

“Don’t point your finger to people, Andrew!” “It’s not polite.”

“This one must have big children”, said a lady who was dressed with a fur coat. “Her children should be ashamed for leaving her go like this.” And bloated with pride because she took care of her mother. A teacher from the middle of the bus gathered more properly all the stuff that was at her feet.

“Don’t we pay enough taxes for being solved such situations?” she said to a friend who was near her.

“The right wing is guilty for this”, her friend replied. “They take from the poor and give to the rich.”

“No, the others are guilty for this”, said a white-haired gentleman. “With their social programs they make the citizens lazy and poor.”

“People should learn to save money”, said another one, who looked like an intellectual. “If this old woman had saved money when she was young, she wouldn’t have suffered now.”

And all these people were satisfied by the sharpness of their minds, which was able to make such a profound analysis. Only a merchant felt offended by the grumbling of his fellow citizens. He grabbed his wallet and took out a banknote from it which he put in the shivering hand of the old woman, after crossing the bus and told her:

“Take it and buy yourself some shoes.”

The old woman thanked him and that man returned to his place satisfied that he gave the alms.

A well dressed woman saw all these and started to pray silently: “God, I don’t have money but I’m addressing to You, because You have solutions for everything.” As You did long time ago when You made it rain manna from heaven, now You can give to this old woman everything she needs for the feast of Your birth.”

A young man got in the bus at the next stop. He was dressed in a thick jacket, he wore a brown muffler and a woolen cap which covered his ears. He had some headphones and was listening to some music. He was moving his body while listening to it. He went and sat down near the old woman. When he saw her bare feet he stopped moving his body. He froze. His eyes moved from the bare feet of the old woman to his own feet. He was wearing some new and expensive boots. He had saved money for buying them to impress his entourage. Then the young man bent and started to unlace his nice boots. He took them off, then his socks and kneeling down before the old woman said:

“Grannie, I see you are barefoot.” “I have some more pairs of boots.”

He lifted carefully and gently the frozen feet of the old woman, put on his socks then the boots. The old woman thanked him, being extremely touched.

In that moment the bus stopped again in a station. The young man got down and walked barefoot through the snow. The travelers gathered at the windows and saw him walking barefoot towards his home.

“Who is he?” someone asked.

“He must be a saint”, someone else answered.

“I think he’s an angel”, another one said.

“Look, he has an aura  around his head”, another one exclaimed.

But the small boy who had pointed towards the old woman said:

Our confidence in God is severely put to test 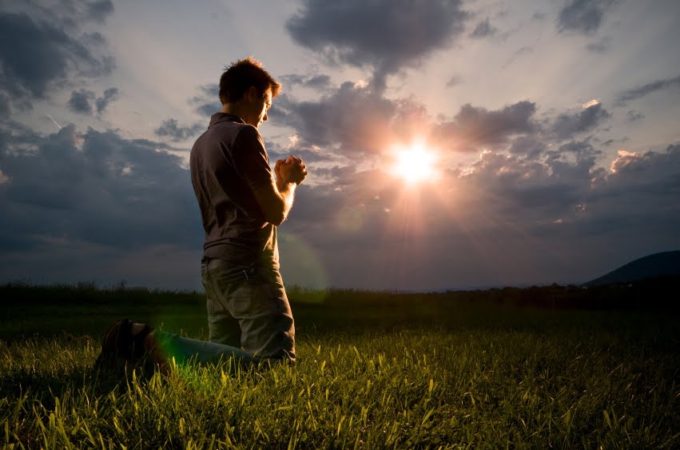 Any pain, any trouble, any toil is sent to us for strengthening us spiritually 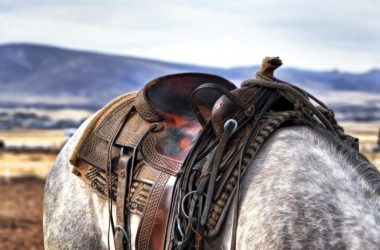 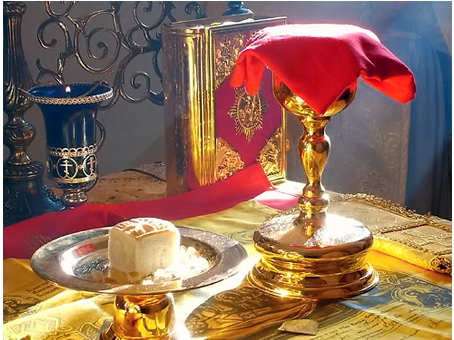