What we need are enlightment and spiritual experiences.

The main thing is that someone should become correct free willingly. It doesn’t matter if someone becomes a lamp in the city or a lighthouse on the rocks. Important is to give light.

In order to reach spiritual progress someone has to find mitiganting circumstances for his neighbor, even for the devil. He shouldn’t justify himself or throw responsibility on the shoulders of the others.

I don’t interrupt the other one in a discussion if he doesn’t say any blasphemies or stupidities.

If you want to make a spiritual monk become worthless is enough to make him get tangled in the administrative matters.

The starets said to a minister : `Don’t give money to the Holy Mountain because the monks will leave their spiritual occupations and will busy themselves with buildings.

The starets didn’t approve the fact that a certain Catholic monk after being baptized in the Orthodox Church wanted to marry. `Since you promised your virginity not to Buddha or Mohamed but to Christ you can’t marry anymore.`

When the starets left the hermitage of the Holy Cross and looked for a more peaceful place one of his disciples proposed to him to go together the starets and the monks who were close to him to an abandoned hermitage. But he didn’t agree and said: If only one of us had a proud thought that we’d be the wisest monks of the Holy Mountain and then it would be all over! The tempter would destroy us.

The bones of an elder from Povata after his exhumation were yellow and spread scent. His disciple confessed very humbly: `I made him become holy. Whenever he had sent me somewhere I said: Go yourself and I never listened to him. I hit him many times and he endured everything.`

Two hermits went once to the celebration day of Monastery of Iviron. After an all night vigil at the refectory they were served with fish and chickpeas because it was Friday. One of the two hermits said: `I’ll eat fish in the honor of Theotokos.` The other one said: `I’ll eat chickpeas in her honour.` After supper they took their bags and went back to their hermitage. They were wondering who was the one that pleased Theotokos? On their way they stopped for a while to rest. One of them fell asleep and saw Theotokos saying to the one who had eaten fish: `Thank you.` And to him who had eaten chickpeas she said: `I owe you.` Because this one made a small sacrifice.

At Cutlumush skete I had known many elders who had reached great spiritual heights. I haven’t met such elders on the other side of the mountain.

The starets said to a monk who wanted to refrain from washing himself : The elders who refrained themselves from washing were alone in the desert, they fasted and didn’t smell. But you are not alone and you eat. Why the men must smell your sweat?

To a certain novice who didn’t pay any heed to his thoughts and received carnal thoughts he said that he was not good as a monk and sent him in the world to marry.

At the hermitage of the Holy Trinity belonging to Stavronikita Monastery lived a confessor with a holy life. Once two monks called him to go to a hermitage from Karyes to receive the confession of a monk who was going to die. The priest told them to go there before him and he was going to come after them. But when the two men reached the cell of that monk who was about to die they found there the priest and got scared.[1].

The starets must have spiritual experience. But when nobody has this experience he makes experiments on himself and if he has disciples with them as well. The Holy Fathers tried on themselves the different spiritual therapies and due to their experience we have today an entire pharmacy.

Hidden pride is hardly found. But who has it sees that he has no inner peace. When someone has a sick mind and prides himself God gives him joy and comfort while the one with hidden  pride doesn’t feel any inner peace or comfort. After the spiritual diagnosis is given it is necessary that he doesn’t receive any more praises and get rid of any high opinion about himself. If you receive a praise for a virtue you have it is half of a sin. But if you don’t have it then it is a sin and a half. The man has nothing good of himself. Any good belongs to God. Someone may rest his thought but he can’t rest his conscience unless is not `cracked.`

All ascetic strains must be accompanied by an inner spiritual work and be made for the love of Christ.

[1] They refer at the virtuous confessor, the Russian priest Arsenios. The oral tradition related by the starets was certified by the publication of his life. See Anthony the hieromonk Pages of Patericon, Christiana Publishing, 2003, p.63.

The worldly spirit in spiritual life 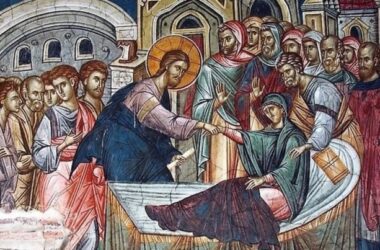 The healing of Peter`s mother in law 38 Jesus left the synagogue and went to the home of Simon.… 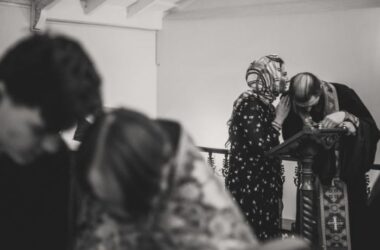 Confession doesn`t mean how many bad things we did 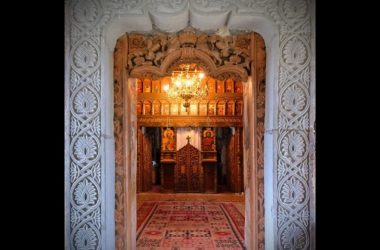 The commandment of God and the human custom 54 As soon as they got out of the boat, people…