What means to stay until the end of the Holy Liturgy

Today word about the obeyance of the parents

During the time of Theodosius the Great (379-395) in Constantinople there was a man called Julian who had a very elevated spiritual life and was very rich. He had a son called Theophilus. At elderness he lost his fortune and missing the bare necessities he said to his son:

`My son, as you see, I am helpless and so poor that I can neither feed you nor feed myself. But I want you to do something for easing my condition and you for your obedience shall get the heavenly bliss. And his son said:

Tell me, father, what you want and I shall listen to you in all pious things.

The old man told him:

Blessed Abraham had a son got from a promise and went with him to the mountain to stab him and the boy did not run away but carried the wood for the fire gladly, following his father. And not only this but many others obeyed their parents.

Do the same, my beloved son, listen to my advice and I trust in the people loving God that you won’t grieve for this. So Teophilus asked him: Do you want to kill me? But his father answered: I won’t do such a misdeed. Just do what I ask you – let me sell you as a servant to ease my old age, to avoid going to beg, as an impoverished man. And the merciful God shall have mercy on you for this kind deed giving you a rich fortune in this world and in the hereafter you will be blessed to rest in peace in heaven.

And keep one more command till the hour of your death: whenever you have a duty or a chore to do and go where your lord sends you, remember to go first and attend the Holy Liturgy when it is the time then go to your work, after the end of the holy service. Also have much devotion towards the Most Holy Virgin. And if you do so God shall save you from big and unbearable storms. And his son answered: Do as you wish, father.

So the next day Julian sold his son to a noble man from the royal court, called Constantine. This man loved him dearly for his obedience, for his restraint, for guarding his purity, for his humbleness, for his beauty, for his knowledge and wisdom. And he always accompanied him in his walks and at suppers, because he served him diligently.

So one day going to the imperial palace, his master forgot at home a charter with important notes and he sent Teophilus back home to bring it quickly. The young man ran as fast as he could to the room of his master and took the charter. But in that moment the wife of his master was making love to one of her servants, however Teophilus did not pay any attention to them in his rush. But those villains who had committed the sin of adultery had bad thoughts regarding him. So when the nobleman came home his wife told him: Why did you buy that shameless slave to come and assault me in bed? If I hadn’t cried for help, that villain would have stolen my honour. Am I of such a bad and wretched origin to defame me? I swear on my parents and on the salvation of my soul that I won’t stay an hour more in your house and I am breaking up with you and take my dowry if I don’t see that shameless slave beheaded.

Hearing that, the nobleman angered on his slave and promised to do as his wife wished. The next day he met the judge of the city at the palace and told him: Tomorrow morning I am sending to you one of my slaves to behead him, take his head and put it in a cloth, seal it and send it to me.

The judge told him: I am not going to make any unfair judgment. Three witnesses must testify in writing that he deserves to die and then I kill him. Then the nobleman said in front of three witnesses: I bought a young slave and he forced my lady to go to bed with him. Saying this he got three written testimonies and then the judge accepted to kill the slave.

So when the day broke the nobleman called his innocent slave and told him: Go to the judge and send him my congratulations and tell him I am waiting for the answer. Teophilus left but on his way he passed by a church of Theotokos where was celebrated the holy liturgy. The he remembered his father’s word and entering that church he stayed till the end of the holy service. So the bad slave who had slept with his master’s wife seeing that the judge hadn’t sent Teophilus’head yet, said to his master: I go to bring it if you wish. And his master said: Go. So this man ran as if he wanted to take a precious treasure and reaching the house of the judge, entered and greeted him in the name of his master. But there was hidden the executioner with a sharp sword and beheaded him immediately. Then washed the head and wrapped it in a cloth. When he wanted to seal it the faithful slave arrived after having attended the Holy Liturgy.  And greeting the judge he took from him the head wrapped in that cloth, not knowing what was inside. When he returned to his master everybody was shocked especially the wife of his master. Because he was sent to death and he had come back safe and sound. And asking him what he had brought, the slave said: My lord, as you ordered, I went and greeted the judge and he gave me this to bring it to you but I don’t know what it’s inside.

Taking that from his hands, they opened it and found the head of the wanton. And the woman got terrified and speechless for a long time. Then when she came back to her senses she understood the right divine judgment. And fearing not to suffer something like that herself she cried and confessed boldly her misdeed saying:

My lord, it’s me the wretched and miserable me who is guilty of this bad thing. And I am afraid not to suffer the consequences of my deeds as God says that nothing is hidden that it won’t be revealed.

There are three years since I have been committing this sin with the killed slave and you didn’t know and this slave is completely innocent and I defamed him as a wretched woman that I am.

For this the righteous Lord who loves justice gave to each one of them what he deserved. So forgive me my lord for God’s mercy and from now on I won’t do any other wrong to you.

And they were all full of fear and glorified the men loving God who never neglects those who do His will.

Then the nobleman asked Teophilus to tell him everything about himself, about his life and good deeds. Then Teophilus told him about the noble origin of his father and about his late poverty about his own obedience when he accepted to be sold as a slave to provide for his father the bare necessities in accordance with the order he got from him, then told him about the Holy Liturgy and all the rest. And the noble man listening to all these, took him as his own son, eating with him at the table and spending his time with him. Even more than this he made him the inheritor of all his fortune.

For this reason we should fear Lord’s judgment and go to the church and attend fearfully the Holy Liturgy till its end as if we saw Christ the Lord himself with our own eyes in the terrifying day of the general resurrection; we should not get out of the church until the holy serviced is ended nor should we talk in the church. And that one who gets out of the church without being pressed by any emergency or worried because of bodily concerns, is like Judas who left from the Last Supper and as an ungrateful one that he was went and sold Christ. Glory to God!

There are three ways of looking at people 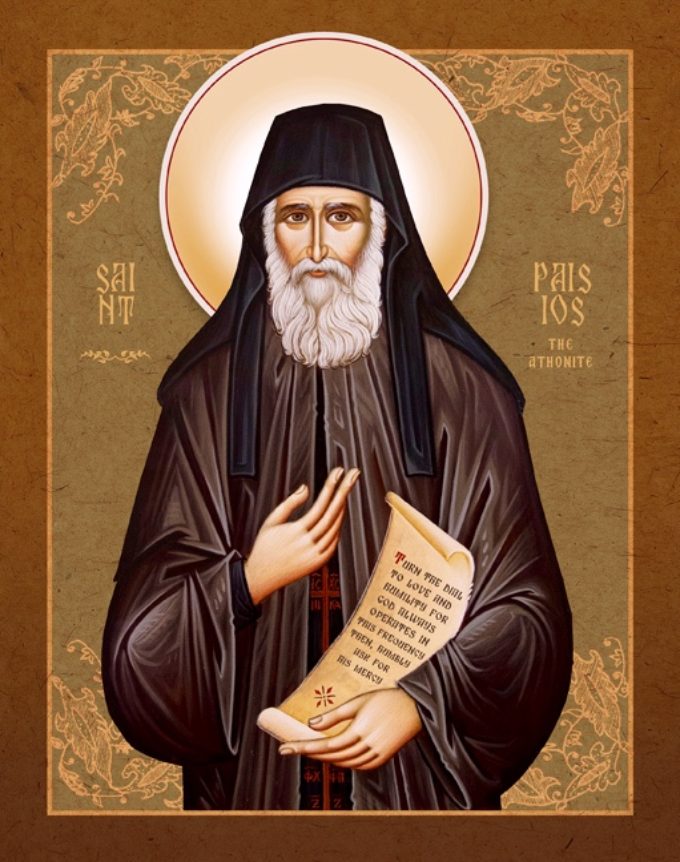 Words and stories of elder Paisios (I)

Aforetime in monasteries there was much zeal for ascetic strive, piety, union. When someone was coming as a… 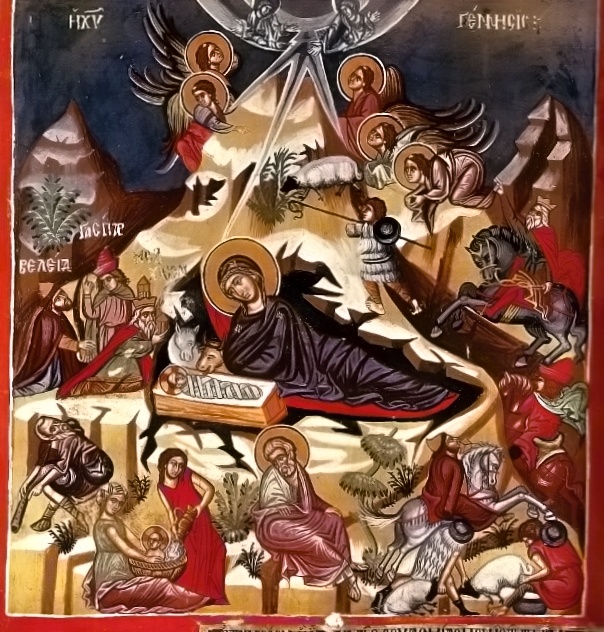 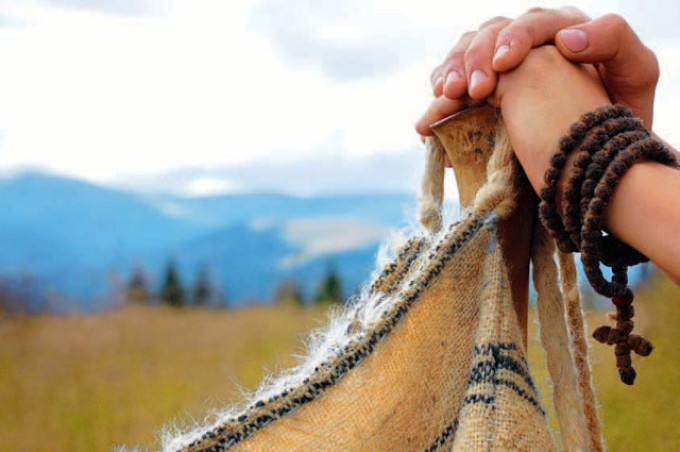 We should exercise our mind to guard it of ignorance

By pious Nicodemus the Athonite For this is required practice, which is the third thing that should be…