`Father, some say : `What is written from God, this will be done. Why to concern us this matter?`

`Yes, they say it but it is not so, my child. I hear some people saying: `The Jews are not that stupid to betray themselves with 666 when saint Joh  the Evangelisy says it clearly in Apocalypse. If it were so, they would have done it in a more intelligent , more secret way

Well, the scholars and Pharisees, didn`t they know the Old Testament? Anna and Caiaphas didn`t they know better than the others that it was written Christ was to be betrayed for thirty coins of silver?

Why didn`t they give 31 or 29 and they gave thirty? So they were bkinded. God knew the things were to happen in that way. God knows everything beforehand, but He doesn`t decide beforehand – only the Turks believe in what`s written, in Kesmet.[1]

God knows that a certain thing will be done in this way, but the man does it so because of his lack of brain. It`s not God who gave that command, but He sees till where goes the wickedness of the people and that their opinion would not change.

It`s not something ordained so by God.

There are others who make prophecies and give their own interpretations. But at least they don`t say: `This is what my mind tells me`, they say: `That`s the way it is` and then they expose a series of personal theories. Some explain everything as they like, to justify their passions.

Misinterpreting what saint Chiril said: `It would be better if the signs of Antichrist would not take place in our days [2] one who wants to justify fear says:`Ah, you see, even saint Chiril was afraid he would deny Christ. Am I above saint Chiril? Therefore even if I denied Christ, that`s nothing.`

But the saint said it would be better not to happen not because he was afraid, but because he didn`t want to see Antichrist with his own eyes. You see what the devil does?

Unfortunately some `experts` swaddle their spiritual sons as if they were some babies  pretending they don`t want to upset them. `This doesn`t do any harm. It`s not important. It is enough if you have inner faith.` Or they say: `Don`t talk about this subject – about identity cards and sealing – so that the people won`t get upset.`

But if they told them: `Let us try to live a more spiritualized life, be closer to Christ and do not fear anything. And if necessary we will give testimony` if they did so they would prepare them somehow. If someone knows the truth, he worries and wakes up. The situation from nowadays it pains and concerns him and he prays for that and takes heed not to fall into a trap.

But now what happens? Beside the fact that certain confessor priests make their own interpretations, they are also afraid like the worldly people while they should have worry spiritually and help the Christians bringing them to the good concern and strengthening their faith to feel divine comfort.

I am surprised why they don`t worry when all these events are happening? Why don`t they at least ask a question about the interpretations of their minds? And if they help antichrist in the sealing how come they attract other souls to perdition? Whe the Holy Scripture tells us `…to seduce if it wee possible even the elect.[3] refers at the fact that those who explain everything only with their mind will be deceived

Thus behind the perfect system of the mutual aid card, of the computer ensurance, hides the global dictatorship the slavery of antichrist…

…to be marked on the right hand or the forehead, 17 so that no one can buy or sell unless he has the mark, that is, the name of the beast or the number of its name. 18 This calls for wisdom: let the one who has understanding calculate the number of the  beast. Because it is a for it is the number of a man. His number is 666[4].

The Holy Spirit, the Comforter (I)

Saint Nikolai Velimirovich When the seed is sowed, the power of the heat and of the light must… 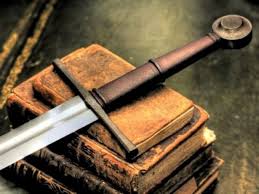 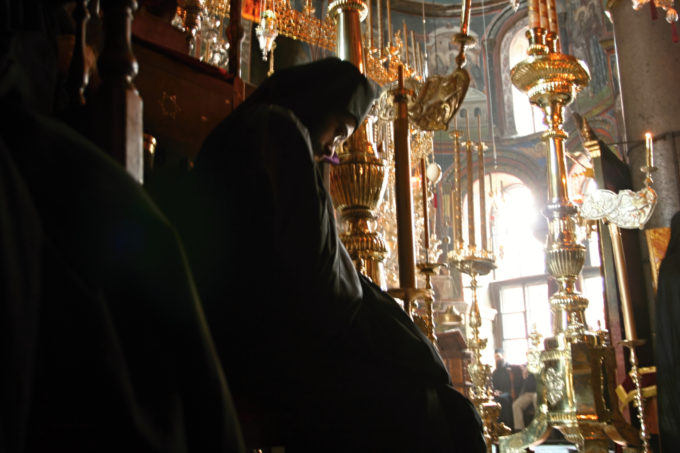 Monk Moses the Athonite Faith is not a certain indefinite abstract theory, a nice ideology and an advantageous…