Their ancestor was a primitive, rude man, his mind could not do more than order to the army to kill the babies under two years old.

His successors are not satisfied anymore by this solution.

It is not the killing which corresponds to their refined views, but the disfigurement of the babies. They also extended the area of corruption not only for those under two but also for those from five up.

The children should not be anymore boys and girls but some mongrels (in the households of the old there were very rarely such deviations from normality at lambs, kids and calves and they generated horror and they were treated accordingly; now they became compulsory at children)

The holy infant, Jesus for not falling victim to terror was taken to Egypt. But where should we take our children to save them of corruption?

We can`t take them to Egypt but even if we could they would not be safe not even there because the new Herods took into their possession Egypt.

Our refuge is Jesus.

Let us entrust our children to Him.

That is why He is born again, for their sake.

We must regard those who insult as weak or sick 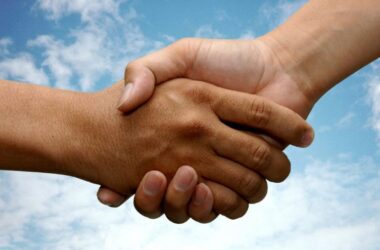 Our proximity enemies, our severe friends

Between persons, families or even members of the same family, between groups of different people and neighboring or…

Never compare your wife with another!

I remember the case of a woman who married a widower. He was a worthy man and she…