Time ago in a village lived a baker famous for his bread. But one day it seemed to him that the butter pieces he had bought from a peasant were light and he put them on a scale. What did he see? Instead of 1 kg one piece was supposed to weigh, each piece was of only 800 grams. Very angry, the man went immediately to the judge saying that the peasant cheated the people and asked the punishment of that one.

In less than two hours the peasant was brought before the judge who threatened him :

`If it is true what the baker says, that you cheat people at weight, I send you to jail.`

`How dare you lie? Burst the baker. Today I bought these butter pieces from you. Judge you must send to jail this charlatan who tried to cheat me.`

`It is my butter but you see I don`t have much money. I bought a scale but I didn`t have money for weights so I put butter on one side of the scale and on the other side I put a bread loaf of the baker – which has 1 kg according to his words. If his bread didn`t weigh 1 kg, what`s my guilt?`

Hearing these, the judge weighted a bread loaf and this one had indeed only 800 grams. Instead of the peasant the one who went to jail was the real guilty one, the baker who did not only cheat people but he also wanted to be severely punished who did like him

Whoever wants to cheat, he cheats himself. Even if no man sees his mistake, God sees his sin and when the men discover it the shame is even greater.

`With nothing else you anger God so much than when you are unjust with someone. `(Saint John Chrysostom)

The immortality of the soul 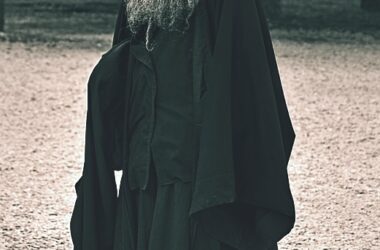 See God how my soul is! Say therefore a word and it shall be healed!