Someone came and asked me: Shall I become a monk? He told me a few things and I realized he was not good for a monk. I told him not to do it. After a time he returned to the vagabond life. As long as you advised me not to become a monk, he said. Yes, son, but I did not tell you to become a vagabond.

To another one who asked me this, I said: You should become a monk. You are good for it. After a time he came back overcome by problems. Why did you tell me to become a monk? he asked.

It is very sad that some abbots have become managers of enterprises. They strive to do their business. But we did not come here for such things. We should not forget our purpose. I went to a monastery. There I saw the abbot wandering through the monastery to see if the works were well accomplished. Instead of praying for his spiritual sons, he is wasting his time with trifles.

If the visitors who come to a monastery have worldly claims, it would be better for them to go to a military base or a hospital. There they will find everything nice and in the right place. But in the Holy Mountain they should seek only spiritual life.

Many who left their monastery felt sorry afterwards and became unhappy.

In the desert at the beginning of the lent you first open the tomb then you start fasting. At the monastery it is made a concession. But here you keep the ascetic rules till death comes.

The poor people, who do not have what to eat, if they do not complain, they will have the same reward as the monks who live an ascetic life on Athon or in their cells. Because these practice ascesis by their own will and this eases very much their strife. If I do something for instance, I do it by my own will and this makes me not feeling its difficulty. While these unhappy creatures starve without willing it and they suffer a lot. That is why it might be possible that God would give them an even greater reward than that of the hermits.

If I could find a hole, a cave, I would have gone to hide in it, to enjoy my asceticism.

Some monks who gave up on the monastic robe then returned with repentance to the Holy Mountain and they had a peaceful end. These had a good intention when they came to the monastery, but they were not helped. Many suffered this. They come with a very good intention but they do not find anyone to advise and help them. Then they do what they do…But for these God sometimes uses a distracting method to bring them back to the Holy Mountain and they die in peace. It would have been an injustice of the divine providence if God had not brought these men back near Him. Because they had a good intention when they started and God does not forget this.

The biggest trial the others are facing is the best medicine for us. No matter what I would suffer myself, when I think how much these people suffer, I say Glory to God! I could have been paralyzed myself and incapable of moving. What would I have done then? Glory to God. Now I am like a king.

Our monachal life must be a ceaseless doxology brought to God.

When God announces the man beforehand, he should take heed. Cause if the man remains careless and changes in worse, then God changes Himself too. The end of the thing God predicted depends on the man too.

You should live your grief as if it did not exist.

When I was at the monastery (Esfigmenu), I said to a spiritual confessor that I wanted to go to the desert and he told me: Now you need humility. You should go first to a monastery to acquire a name of a monk of monastery.

The harder you struggle, the greater joy and grace you shall receive from God.

When God gives His love to a man, this one cannot bear it and falls down. Then he does not ask for anything else. He wants only to leave everything and hide himself in a cave.

We must know that the attack that came by a demonic work it is in a way the gift of God for the one who sinned so that he would repent, humble himself and find his salvation. But when there is a hardening of soul and a lack of repentance then he is not fought anymore by the devil, because God sees his complete hardening.

Some time ago I said the Jesus prayer, I slept and the prayer went on. I woke up and the prayer did not cease. Now I am living the problems of the world.

Today many interested young people come. They are not curious, they seek an example. That is why we should be in the way God wants us to be so that the people who come to us can have a benefit, otherwise we shall have to answer for those who come to us and get hurt or do not find any use. 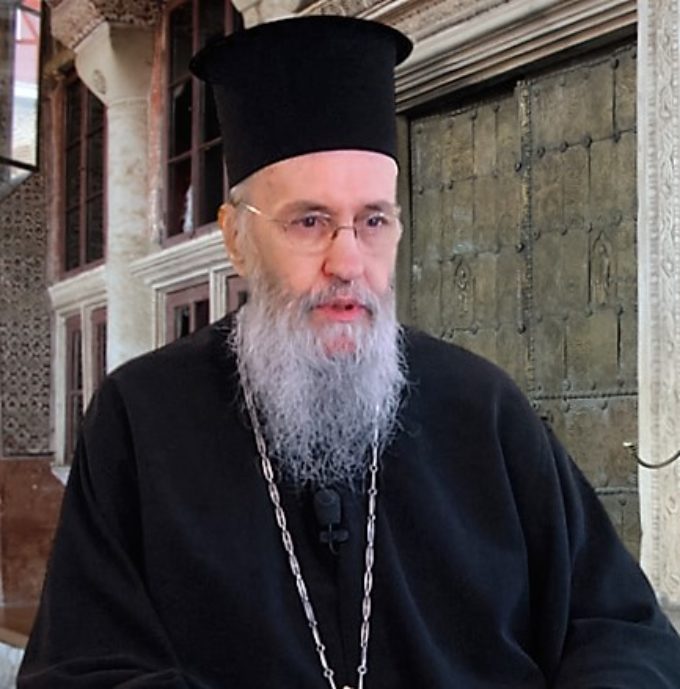 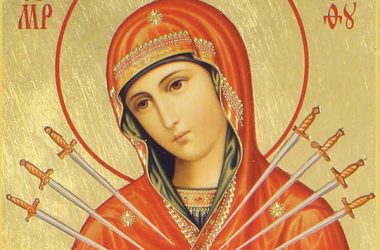 Priest Visarion Alexa By Her life, by the pain she suffered for Her Son and also by the…