The Second Coming of Christ

For as lightning cometh out of the east, and appeareth even into the west: so shall the coming of the Son of man be.

28 Wheresoever the body shall be, there shall the eagles also be gathered together.

29 And immediately after the tribulation of those days, the sun shall be darkened and the moon shall not give her light, and the stars shall fall from heaven, and the powers of heaven shall be moved:

31 And he shall send his angels with a trumpet, and a great voice: and they shall gather together his elect from the four winds, from the farthest parts of the heavens to the utmost bounds of them.

32 And from the fig tree learn a parable: When the branch thereof is now tender, and the leaves come forth, you know that summer is nigh.

33 So you also, when you shall see all these things, know ye that it is nigh, even at the doors.

42 “Therefore keep watch, because you do not know on what day your Lord will come. 43 But understand this: If the owner of the house had known at what time of night the thief was coming, he would have kept watch and would not have let his house be broken into. 44 So you also must be ready, because the Son of Man will come at an hour when you do not expect him.

45 “Who then is the faithful and wise servant, whom the master has put in charge of the servants in his household to give them their food at the proper time? 46 It will be good for that servant whose master finds him doing so when he returns. 47 Truly I tell you, he will put him in charge of all his possessions. 48 But suppose that servant is wicked and says to himself, ‘My master is staying away a long time,’ 49 and he then begins to beat his fellow servants and to eat and drink with drunkards. 50 The master of that servant will come on a day when he does not expect him and at an hour he is not aware of. 51 He will cut him to pieces and assign him a place with the hypocrites, where there will be weeping and gnashing of teeth.

The world is shadow and dream

When we dream nothing is sure, nothing steady; seeing we don`t see and hearing we don`t hear, eating we don`t get satiated, receiving thanks we are not content and running we don`t arrive anywhere. As vain are the hopes of the men of this age. They think they have to chase things which don`t exist as if they existed. The delusions go as they came like in sleep, empty and vain shapes, they stop for a while near us and vanish in the sky. They surround us and then disappear, we have the impression we caught them but we lose them. But who heard the One Who says: Wake up sleeper, why are you sleeping? (Ephesians 5, 14) and woke from the slumber of this age understood that all belonging to it are deceitful. He woke up and the dream vanished. The power and honor vanished, the worry for fortune vanished, the beauty of the face, the wish for honors. For all these are dreams which don`t impress those who are vigilant in their heart and worry them only when they sleep.`

Prayer for strength in trials and patience in troubles

The virtues of the disciple 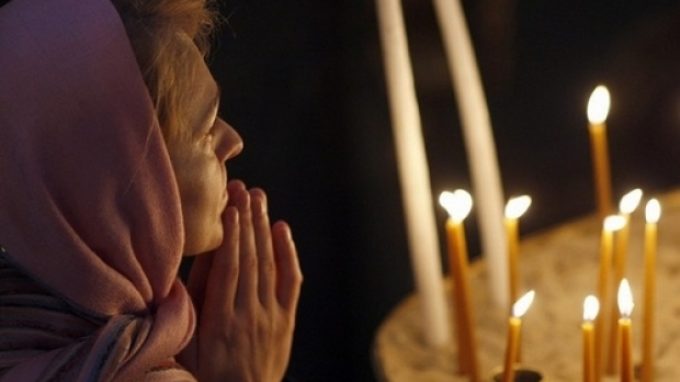 The wife who won her husband by her patience and gentleness

Being treated with a lot of love, Vaso noticed the nice character of her husband and he enjoyed…