The demon of cowardice leads us to slavery!

We have as leaders some servants! Where is their courage, their verticality? Where is their love for people? Where is their respect for the fundamental values of man, for the Constitution of our country? They trample under foot the laws and the Constitution of the country! From top, perched on the trash of betrayal, robbery and cowardice, they don`t care at all about these hard times. They quarrel, accuse each other, they butter the strangers and they swoop like hawks after the crumbs from their occult tables.

The people are bombarded with disease. We all breathe relieved that we have clairvoyants who told us in time when the seismic waves full of viruses come and they prepared seriously to save lives. We don`t want at all to think that maybe the number of infected and dead people might make glad someone who plays with terrible statistics or they may be used as an electoral political, media and ideological weapon

Very dangerous is the situation which progressively affects the whole world. People are divided on all social fronts and in media in bad and good people, in vaccinated and unvaccinated, in holders of green permit and people who don`t have this green permit. Only the devil spreads discord and despise of the man for his fellow man who is not according to the pattern of today`s world which claims full of violence and stubbornness that it is not wrong and its recipe for salvation and welfare is the true one.

Good people, this is how the slaves are born! Our generation renounces easily at the fundamental rights out of fear, interest for positions and earthly fortunes, out of recklessness and immorality, bad faith and betrayal, the world will change. It won`t be free anymore! It will be slave in a system which is built up under our own eyes.

The demon of cowardice will lead us to slavery. The big tragedy is that our children from an early age will be slaves and will get used with it. The fathers of this system will take care directed from shadow by the powers of darkness to give the future generations with the teaspoon from time to time a little bit of sugar to sweeten the normal slavery.

That is why it is vital to prove we did not die. We are on barricades and we defend our rights. No ephemeral power from earth can take our free life which is a gift God gave us.

Let us cry out loud Go dis with us ! and go ahead with a good boldness. Victory comes from unity determination and great love for what it is worth indeed. In this way we won`t be slaves. This is how the demon of slavery will be defeated.

Akathist to the Holy Cross 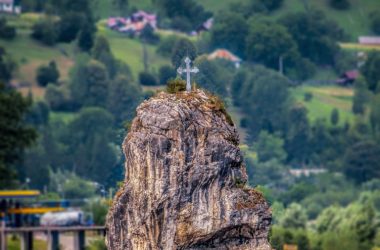 The Power of Faith  Early in the morning, as Jesus was on his way back to the city,… 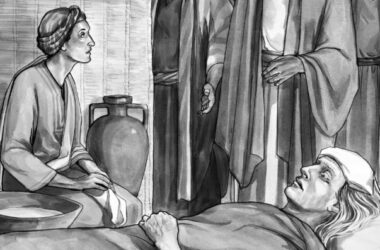 Do not be afraid, you still have much work to do

In 1985, elder Paisios was visited at the hermitage of Saint John the Theologian by a thirty years… 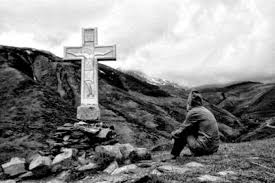 We must be armed with patience

My brothers, when we grieve a lot for the diseases that affect us we must know tyhat this…