On September the 23rd nine months before celebrating the birth of Saint John the Baptist and Forerunner of our Lord Jesus Christ the Fathers of our Church settled a holy service for celebrating the wondrous annunciation of the conception of this great Saint who stays on the left side of the King of heavens in the eternal Kingdom. Saint John the Baptist was prophesied by Malachi the prophet as a second Elijah who prepares the path for the coming of God and announces the people about a new covenant.

Saint John the Baptist belongs to the same blessed family prepared by God for His Incarnation. Close relative of the Savior, by the relation between the Holy Mother of God and Elisabeth, the wife of Zechariah, the priest he would grow up and become aware of his mission baptizing the people in the desert and preaching the coming of a new Kingdom and of a new covenant announced by the prophets before him as one written not on the tablets of law or outside the man but in his heart. This is what was told in the old times especially by Jeremiah, the prophet. The people were searching John who was baptizing on the other side of Jordan in the desert which leads to actual Jordan. But he knew and was waiting for Messiah – the true anointed by God, the kings from the past only symbolically prefigured – to come and begin the salvation of mankind by absolving sin.

All these were to be announced before by the angel to the father of Saint John, Zechariah, the priest, while this one was incensing in the Temple from Jerusalem. Saint Luke the Evangelist tells us that both parents of Saint John the Baptist, Zechariah and Elisabeth `were Zechariah and Elizabeth were righteous in God’s eyes, careful to obey all of the Lord’s commandments and regulations.

The angel announces Zechariah, the priest in a terrible vision for him about this and in order to prove the truthfulness of both the vision and the message the priest remained mute until the birth of the baby. Saint Luke the evangelist tells us that after this vision Elisabeth got pregnant and gave birth to the son promised by the angel and at his birth they gave him the name of John.

The birth of children blessing from God

The conception of Saint John the Baptist as well as the conception of the Holy Mother of God took place in the family with aged parents who had not known the joy of giving birth to children and the comfort which follows their upbringing. In the old times of course the children meant to get the name the social status and fortune which made them even more desired. That is why great was the joy of the righteous Joachim and Ana and of Zechariah and Elisabeth who after a pure life full of virtues and prayers come to get not only children, which is quite natural between husbands, but also the promise that by those children the world would be changed. The change of the world through the Holy Mother of God and Saint John the Baptist did not take place at the level of raw matter as we see it, but at another more subtle level of living beside God.

That is why any conception of a child means, beside the fulfillment of God`s commandment from the creation of the world, also a spiritual joy for the believers who live a life which goes beyond the boundaries of raw matter.

About Saint John the Baptist we are told in the Gospel that he `grew and became strong in spirit` in the same way as the Saviour.

He is Elijah who is to come

The books of the Old Testament end with the prophecy of Malachi and its last verses speak about the welcoming of Messiah as follows: 22 Remember the law of Moses my servant,
whom I charged at Horeb with statutes and ordinances for all Israel.
23 Now I am sending to you  Elijah the prophet, before the day of the Lord comes,     the great and terrible day; 24 He will turn the heart of fathers to their sons,  and the heart of sons to their fathers, Lest I come and strike  the land with utter destruction. (chapter 3, 22-24).

In the period called intertestamental many apocalyptical writings appeared, meaning which revealed the mysteries of God, some of them trustworthy others phantasmagoric which spoke about the end of the world when Messiah, the one the prophets made prophecies about, was supposed to come and install the kingdom of David. For this reason many of the contemporaries of Jesus Christ when they heard about Him that He was the Messiah thought about the prophecy of Malachi and those apocalyptical writings.

The disciples of our Lord Jesus Christ some of which had been disciples of Saint John the Baptist were also puzzled in what regards these messianic aspects. That is why as Saint Matthew the evangelist relates us (chapter 11) after the imprisonment of Saint John the Baptist, the Savior speaks about his personality, revealing who he was and what role he had in the history of salvation. Thus about the living on earth of Saint John the Savior says that ` 11 Truly I tell you, among those born of women there has not risen anyone greater than John the Baptist; yet whoever is least in the kingdom of heaven is greater than he.` and about the meaning of his preaching He says that `from the days of John the Baptist until now, the kingdom of heaven has been subjected to violence, and violent people have been raiding it.`

But the most impressive is the words by which the Savior describes Saint John the Baptist as being that Elijah about whom Malachi the prophet says that he would come before the coming of Messiah.

The disciples as all those around them had a different thought about the way prophet Elijah would come. Today we too have kept that old intertestamental tradition according to which prophet Elijah, who did not die but was taken to heaven in a chariot of fire in the same way as Enoch was to come and die in the struggle before the end of the world. This faith is in the most obvious way contradicted by the Savior Who says that Saint John the Baptist is in fact that Elijah who was to come. These words of the Savior reinforced by the words `who has ears let him hear` go on the evangelical line of the spiritual deeds from the history of salvation where God does not fight to change societies, countries but to change the hearts of people each one of them counting in this fight against the evil.

The inner world of Saint John the Baptist was that which prepared the path for those who want to enter the Kingdom where he stands beside Christ the King as the friend of the Bridegroom at the supper of the royal wedding where we all are called.

The ascetic application of love 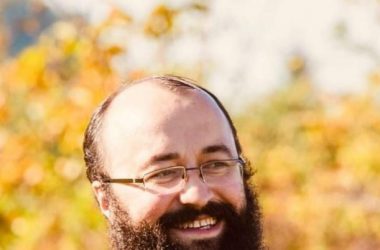 Priest Visarion Alexa Every passing year takes away a part of our life. `Happy more returns of your… 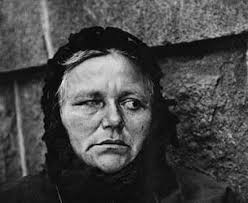 His mother had only one eye…He was ashamed with her and sometimes hated her. She worked as a… 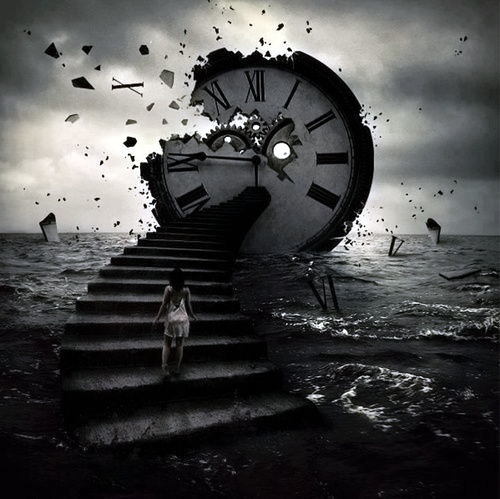 Maybe the greatest quality of a man who seeks God is patience ! When someone who was downcast came…