We read in the Holy Scripture that Judas felt sorry. When Judas, who had betrayed him, saw that Jesus was condemned, he was seized with remorse and returned the thirty pieces of silver to the chief priests and the elders.  “I have sinned,” he said, “for I have betrayed innocent blood.”

“What is that to us?” they replied. “That’s your responsibility.”

So Judas threw the money into the temple and left. Then he went away and hanged himself. (Matthew 27, 3-5) But he did not repent. For this reason he came to commit suicide. What is regret and what is the difference between regret and repentance? Regret is when the man understands his mistake, when he understands that he was wrong, that he committed a sin, he feels sorry for his deeds or thoughts, generally for the way he had previously lived his life. This is regret. But this is not repentance. Or we could say it is an incomplete repentance. Why?

Repentance does not mean only to understand your mistake, your sin, but also to start changing yourself. Judas understood that he had sinned but did not complete his repentance, he did not change, he remained stuck in his sadness caused by the awareness of his sin and its result was that it pushed him to despair. So repentance has two directions, one towards the past and one towards the future. You repent for the mistakes from the past and in the same time you believe and you try to become one of those who belong to Christ. Repentance is a dynamic movement, it’s not something static. I made a mistake and I assume it. No! I made a mistake, I assume it and more than this, I overcome it. I don’t remain there, I don’t play with my sin, I confess it and more than this, I look forward, towards the future.

Repentance does not mean only to avoid evil but also to do the good. You see in hospitals when the doctor goes to a patient, he examines him and finds his disease. The patient doesn’t say anything; it’s useless to say anything.

I know I have a problem with my stomach. I know, but from now on I have to start the healing process. The awareness of a certain problem doesn’t solve it. It’s the first step, but it’s not enough. We have to try to solve the problem till when we have a  real gain. It’s the same here, the fact that I admit that I love money is a start. But this doesn’t mean repentance. Repentance will be completed when I begin to cultivate charity. We see that our church highlights saint Maria the Egyptian and some holy fathers call her `embodied repentance`. In other words she is the one who proved indeed what means to repent. She saw her own sin and decided to change herself. She did not stay in the same place, she started a process of discovering Christ. From the sin of fornication she passes to the condition of pure life, from the siege of her clients she passes to the siege of the lover who owned her heart, Christ. She approached Christ, she desired Him, she turned her love she previously had for fornication towards Christ, towards maidenhood. We see that repentance was not momentary; it represented a permanent attempt to discover grace, to discover Christ.

But it seems that many times we do right the opposite. We commit a sin, we confess it and after a short time we make it again. And this process lasts for years. Why? Because we don’t have repentance, only regret. We admit that we have sinned, but we don’t start the process of healing the mistake.

Therefore we could say that the Resurrection of the Lord means repentance. Our repentance is our personal rebirth.

Holy Easter with joy! Meaning a good repentance! When Easter means repentance for us, when it means to pass from darkness to light, then for sure it will mean Resurrection as well!

The angel tied to the priest 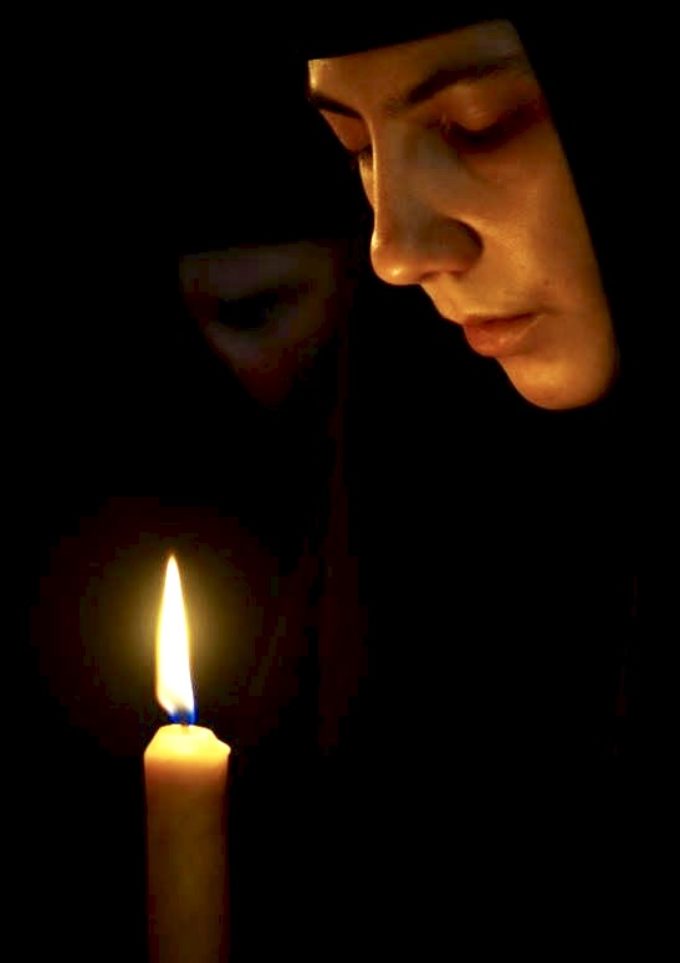 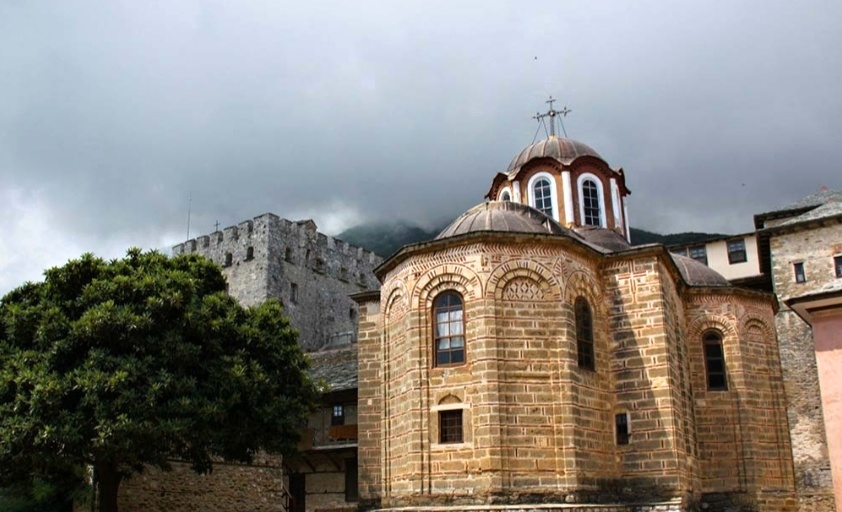 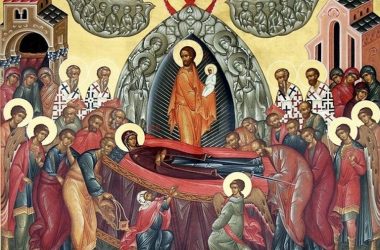