`Father, you said that during prayer we must avoid to bring in our mind different images from Christ`s life or else. Why?

`So that the devil may not cheat us with delusions. Imagination is good, it is a great power if it is used wisely. Some people may see, for instance, a landscape and after a year to remember it exactly as it is and depict it. This is a talent God gives to the man but the devil exploits it. Those who fall into delusion anything they see or read they imagine as they want and afterwards this false image they consider as reality. To be helped they need much vigilance because the devil always cheats them.

That is why whoever has a rich imagination and this is in his nature, must be concerned when he is told that he doesn`t think right and question his thought. I knew a simple woman who prayed all the time and asked Christ to appear to her in this life especially as she could not see Him in the afterlife according to her. And indeed Christ appeared to her during her communion as an Infant in the Holy Chalice with His hair full of blood and after that He disappeared and she could take the Holy Eucharist.

After this event the devil began to torment her with the thought that she was someone. Then he began to torment her with the imagination and showed her cinema movies. Once when I went out in the world I found her in a house and heard her fantasies which she related to the men and women who were gathered there. I tried hard to make her come to her senses. The only solution was to shake her well in front of all the people so that her delusions may be revealed and she would humble herself.

`All these were only her imaginations?`

`Father, didn`t she tell her confessor about these?`

`Do you know how things are? Satan cheats them with what they see, they don`t worry and don`t think that they should tell these to their confessor. The devil is a great expert. It is frightening!

If the man doesn`t guard his imagination the tempter may exploit even a simple natural fact and may cheat him. At Stomiu Monastery I was lighting the stove in winter when I read the prayers of the Vespers. The women who sometimes came up to the monastery noticed the icon of the Holy Mother of God from the iconostasis made a sound crack-crack during the Vespers – I didn`t notice that – and they were telling to one another: While the monk reads the Vespers, the icon of the Holy Mother of God makes this sound crack-crack. When I heard that I said: Let me see the icon which makes this sound. Not because I don`t believe in divine signs. I believe that the Holy Mother of God shows herself and speaks and they see her those who have a good spiritual level, but it is needed a great attention. What was happening? The icon was old and it had small pieces of wood put inside. When the fire was burning in the stove the piece of wood got hot and by dilatation it made that sound. I beat a nail to it and the noise stopped. Then I asked the women: `Now, do you hear any more noise?

`Well, don`t pay attention to that. It is needed a great attention because if the imagination is slowly cultivated all the life of the man is lost`

`Father how does someone realize if something is from God or from the devil ?`

`This is visible. If it is not from God, the devil brings thoughts of pride. Then everything is done by the devil is rough; the outcome are blasphemies. Once a deceived, possessed man came to my hut. I told him some things and helped him. Do you know what he told me? It is for the first time when I hear these. I didn`t read them in the Gospel. He told me: `You said them better than Christ. Do you understand what the devil does to bring you a thought of pride?

Anyway if the man doesn`t understand that he can`t do anything by his own power and everything he does he does with Christ`s power, even if they took out thousands of demons from the possessed, it would be all in vain.

Be cautious with the visions 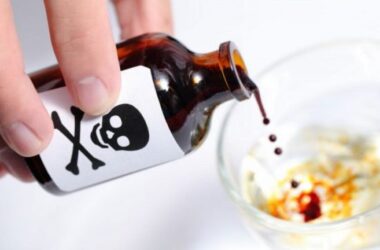 The poison he took and didn`t harm him

Once because of the numerous vigils and Holy Liturgies he became very exhausted. A young pharmacist, one of… 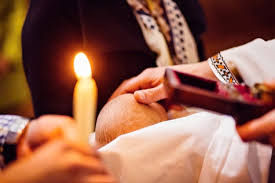 About the salvation of the pagans and of the unbaptized babies

Nobody saves his soul without Christ ! But answer: what significance has this for God, Who crucified Himself for…