Death is the most important moment from our life and in fact the only important thing in this life.

The capital importance of death consists in the fact that after death we can`t repent anymore as the direction we take off in the moment of our death remains unchanged.

Because death is such an important moment in our life, our God doesn`t let unused any possibility of improvement for the one who is going to die or for anyone else who may be affected by the death of that person. However here our human freedom intervenes and it may destroy very badly the things.

But if we do what we can – which is almost nothing (a small prayer and a lesson in Photoshop) God will do what He can, meaning everything.

Don`t you believe it?

A few years ago one of my brothers came to me and told me: `Come to my office as a photographer from Thessaloniki wants to show us how to use Photoshop. Outside it was very hot and I was very tired (I was after a vigil) but because a father asked me for that, I went to his office.

Inside I found a very fat man, sweating abundantly and with a big bottle of water in his hands. After a few minutes of distrust I tried to realize that this man was a very kind man, who tried from all his heart to teach us everything he knew about Photoshop, to teach us a lesson in Photoshop

After a few hours in such a hot office he said : `I can`t do this anymore ! ` So I told him: `But you shouldn`t have done it. You should have stopped much more earlier!`

After a while he told us : `I di dit because I owe this to the Holy Mother of God. May I share with you a miracle which happened to me?`

We began to be very attentive.

`When I was very small – only a child – my mum was diagnosed with a deadly disease. The situation was so serious that everyone knew she was going to die. They didn`t tell me because I was very young. However one evening I was in my room and heard my family speaking about the funerals of my mother – how it was going to be, what to do – details of this kind.

The prayer to the Holy Mother of God

Then I got out of my bed and knelt down before the Icon of the Holy Mother of God and prayed from the bottom of my heart saying: Holy Mother of God, I beg you, don`t take my mother because I am not ready yet!`

And my mother didn`t die.

The years passed. The doctors were puzzled because the medical tests showed she was supposed to be dead – but she was very active and took care of her children every day.

One day I had to join the army. In Greece at that time the army was compulsory. I went on an island with my unit and while staying there, one night I saw a huge light – a boundless one . It was all white, very white. And inside that vision there was a man who radiated this light and also a boundless love.`

I asked him: `Did He look like this?` I pointed towards a huge icon with Christ I had in my office.

He looked at the Icon for a long time and in the end he said: `Yes, something like this…but I am not so sure.`

After a long pause he continued : `Then that man full of love approached me and leaned towards me saying:

`Are you ready for me now so that I may take your mother?`

I immediately got the permission from my unit to go back to Thessaloniki. I arrived at home late in the evening and rang the doorbell. My mother opened the door for me.

`It doesn`t matter. We can talk tomorrow morning.`

In the morning the telephone rang. It was my sister asking if our mother had sent her grandsons to school. I answered: `I don`t know. Let me check.` When I entered her room the first rays of sunlight covered the already dead body of my mother.`

+ related to me by Kostas, a photographer from Thessaloniki (lots of thanks for a lesson in Photoshop and a lesson of life he taught us) 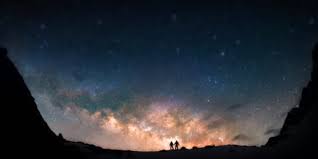 Looking at the horizon

`Who am I ?` one day a young man asked a wise starets. `You are what you think you…