Early morning, my trainee’s lawyer was already waiting for me with his car, to go to the Court. The man knew everything about my trouble. If I were in his place, I would not have worked with that lawyer anymore, I would have left. “Don’t you understand that everything happening to you is just for the money? Don’t you realize that yet?”, and he made me understand some things I would have never thought about.

Within half an hour we arrived at the Court. I set on a bench and was waiting to be called… ”Mind the prayer and nothing else!” Gheronda had told me. I was feeling him with me all the time. A lot of time had passed and, finally, they called me into the courtroom. Over there I saw the face of the prosecutor. There were many other strangers who, as I found out later, were journalists. The judge spoke first, then the prosecutor, but everything was spoken in the language of that country. Then the judge asked me something that, as you can imagine, I could not understand and, therefore, I answered him into Greek language: “Unfortunately I do not understand you, I do not know your language.” Then he started to talk again with the prosecutor, in their language unknown to me. Gheronda had told me: “Tell your lawyer that you will not answer anything unless they give you something written in Greek language.”

Then I turned towards the lawyer next to me and told him Gheronda’s words, exactly how he had told me. He spoke with the judge, but I could not understand any word they were addressing to me. Shortly after the session ended the lawyer invited me to follow him. We got out from the Court building and got into the car. I was lost… I did not understand anything they were saying into the court and the lawyer started to explain to me what had happened: when we spoke Greek, the judge got mad at the prosecutor, because there wasn’t a Greek translator into the court room. Likewise, the accusation document should had been translated into Greek language, so I could understand it too. When he asked the prosecutor how long it will take to make the translations, he replied that in their country the system was made in such a way that it will take some time… He could not establish even an estimated date; therefore, the trial was postponed indefinitely. I asked the lawyer what to do from now on and he replied that we would have to wait as long as was necessary. Then we headed together towards his office where, he asked me again to sign some documents so that my wife could send him more money.

Gheronda then spoke to me in my mind:

I lingered a bit on the way before getting there, while Gheronda told me happily:

Then I became desperate and started to cry.

For the moment I stopped to a phone booth to call my wife and told her in detail what had happened, and after twenty minutes of walk I arrived at the church. I sat in a corner, in front of the icon of Virgin Mary and continued my prayer. I stayed there for a long time, looking at the many people who worshiped that beautiful icon of the Mother of God, watching them; they were people who, for many decades, had been forbidden to worship the holy icons, were not allowed to go to the church or to express their religious beliefs. At that moment I remembered some events happened in Cyprus, in 1974, when the Muslim Turks killed the civilian population, destroyed Orthodox churches and monasteries, even cemeteries…

I returned to the apartment, without looking left or right but only straight forward, with my mind into prayer. Shortly before getting there, I stopped to buy some candles and noticed a woman looking at me from afar. Immediately I looked down, but I was thinking: “Why does she look at me so insistently? Could be one of the persons I helped finding a job in Cyprus? You could say that she recognizes me from the newspaper photos… What if… what if…”

I paid at the cashier with my head down and saying my prayer, and then went to my apartment. “Well done, well done! Keep doing that all the time! You stayed away from the evil.” All the afternoon I read from the Holy Bible. At some point I received a phone call from Cyprus, asking me information regarding to my work place. Thanks God that the twelve workers I had then stood by my wife and children, continuing their work as long as I was away, without creating any trouble. The next day, in the morning, I got down running the eight floors…

At some point I received a phone call from Cyprus where I was asked for some information about where I was working. Glory to God that the twelve employees I had then stayed with my wife and children, continuing my work all the while I was absent without creating any problems. The next morning, I lowered the eight floors running …

I crossed the street and went to the market where I bought a few things and then I thought to go to the supermarket to buy some food. Suddenly, Gheronda told me:

I hurried, crossed the four lanes of the street and as soon as I got into the building started a heavy rain that scared me leaving me out of breath. I got into the apartment and sat in the kitchen, watching astonished the rain.

This time I carefully descended the eight-story stairs.

“Where is your mind”, asked again Gheronda…?

After I finished the shopping I went to a phone booth and found out from my wife that she had received a message from my former collaborators from that country, who were asking about me. I told her what to reply to them and asked her to arrange a meeting with them, behind the cathedral. What else could they want? Why they didn’t contact me for so long? I did not know if it was wise to meet them…

“No, we will go to see what they want!” I went back to the apartment, spending my evening quietly, immersed into study. In the morning, after the canon, I went on foot towards the meeting. I was supposed to walk about one hour and a half and the humidity, the heat and the insects were unbearable. I stopped a few times to have some rest and catch my breath and because of that I got there five minutes late. The two who were waiting for me were the couple I had worked with regarding the work problems in that country. I sat on the bench behind the one they were sitting on and we spoke like that back to back. In those parts of the world you were afraid even of your shadow! The man didn’t speak English, and his wife very little. She told me that if my family will deposit the money they were requesting since the beginning, everything will come to an end! When I inquired who was asking for the money, they avoided giving me a name, being afraid for themselves and their families. Then I asked them to help me, but as soon as they heard the word “help”, the stood up, said good bye and left.

Extract from the book The Testimony of an ex con’s conversion – Father Paisie, my Saint and my schoolmaster – Egumenita Printing house, 2016.

About the obedience shown to the spiritual father 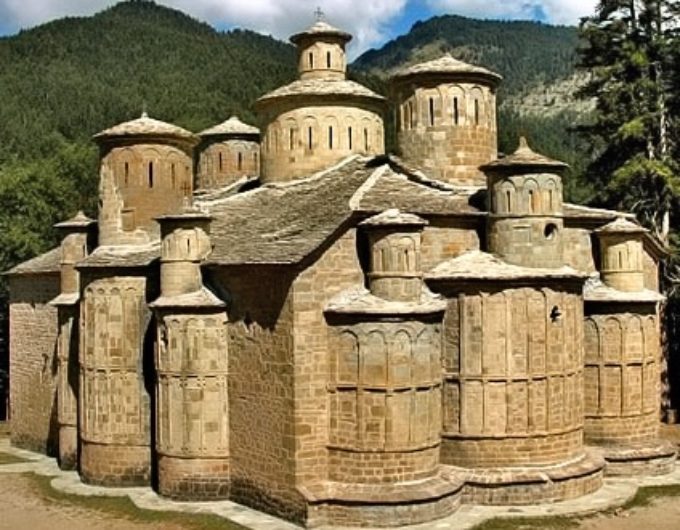 The unity of the Churches 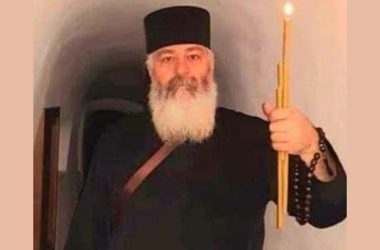 In the attention of those who lead this Orthodox country, president, govern and ministers Jesus Christ says: apart… 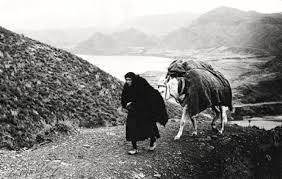 A piece of chocolate

This story was sent to us by the mother of a nun and referred to her own family.…