In the attention of those who lead this Orthodox country, president, govern and ministers

Jesus Christ says: apart from me you can do nothing, whoever is not with me is against me (The Holy Gospel)

The Decalogue begins with the commandment of love: Love your neighbor as you love yourself!

Do not lie! (The Holy Scripture)

Saint John Damascene says: `The good which is not done well is no good.`

This time things get complicated under our own eyes, from a day to another and we stay without reaction waiting for the destruction of our Romanian country and nation

The whole planet is on the move and boils like a cauldron, ready to swell out of the edges, we don`t feel the danger, we don`t see `the devil who roars like a lion and looks for someone to devour`? (Epistles)

Gentlemen governors, didn`t you notice that the laws of nature and death rule in accordance with the will of God not the will of mankind and science?

Mister Arafat, who hold 20 leading political and medical positions within the Romanian state, don`t you notice that you have been putting yourself in checkmate for the last two years with the pandemic?

Even if you didn`t have any religion, making abstraction of your personal creed, different from that of the Romanians, don`t you have any more conscience left, do you really want to destroy Romania and Romanians piece by piece, leaving us to die in poverty and dying of hunger?

Don`t you have any more common sense and humanity to understand that the man lives from his work and with food not only with the mask over his mouth and closed in his house?

Didn`t anyone tell you that the green certificate doesn`t replace food, needs and health, do you really take us as cattle and make us injections like to the cattle in the production farms, aren`t we allowed anymore to think and discern?

How do you explain as a great specialist in everything the treatment of the healthy and the abandonment to death of those with chronic diseases on reasons of pandemic?

Didn`t you wake your conscience at the moan of the suffering and of those abandoned to the recklessness of the medical institutions blinded by the rush after money because of the political misery of the pandemic of Covid 19?

I understood there are huge sums of money invested in stopping the pandemic, isn`t it the right moment to stop this misery generated by the pandemic in Romania?

Didn`t anyone tell you that you have become even more dangerous than COVID 19 cause of the draconian laws of defense against infection?

Why do we need an army of 90 thousands specialists whose chief you want to be, with absolute and infallible rights in a Christian country whose moral, spiritual, ethical and faith values were soiled at the will of politicians, turning the medical act into a general history without precedent, the doctors from serving good becoming haunted and manipulated by fear and terror, becoming enemies of health, why do we need this despotic medical hedonism in Romania?

Mister Arafat, the first three waves were bravely faced by the doctors and the secondary medical staff  with the price of their own health, some of them getting infected and dying and now in the fourth wave the heroes of the hospitals are fired out as enemies of the people, how is that possible?

When are you honest and with a human face with your colleagues from the system and when are you holding in derision the Romanian medical system?

How could this horrible decision be qualified regarding these people who had learnt for years and gave exams for these positions from hospitals and you come and change them by demission as if they were farmers from co operatives. Where do you think you are mister Arafat, have you heard of respect, of dignity, of honor, of honesty and professionalism?

Haven`t you become a kind of god of Romanian medicine with too many powers and immeasurably shamelessness in a quiet and kind country where you were accepted to work and now you treat our doctors as if they were trash? Is this possible? Where did you take these arrogant infallible powers from, greater than those of the Pope in Rome?

Did the doctors from hospitals work for their positions and profession or were they promoted on the basis of vaccine?

Didn`t you understand that you the politicians in general are the main source of evil in this country without a serious leader, without any conscience and patriotic feeling, without any mercy for the people he rules ?

The political parties are hordes of hungry wolves who fight between themselves for money-making, you have nothing to expect from them, absolutely nothing good, the hate and enmity you unleashed against this people is not justified in any rational or logical way. If you really and willingly want to kill your servants, over whom will you rule?

You divided the country between vaccinated and unvaccinated, you made them fight to divide them and control them more, but did you tell them that this story with the pandemic is in fact a huge profitable business at global level led by the WHO and who had to die died no matter if he was vaccine or not vaccinated?

Why don`t you tell the people that whoever has to live lives anyway, no matter if he is vaccinated or not and not all bodies are alike?

11 years ago in February when there was nothing about pandemic and conspirations, at the public television a lady explained us that the billionaire and philanthropist Bill Gates had found the solution for diminishing the population by vaccination and temporary castration, video which can be found even today. That is why our country is in turmoil and protests. Where is your conscience gentlemen politicians from the whole world?

Our right to life and health is it given by the politicians or by God ?

`The paid one leaves the sheep and runs away, he doesn`t care of the sheep and the wolf comes and kills the flock, but the good shepherd gives his life for his sheep.`

The clergy doesn`t have the duty to come in the defence of the people ?

Isn`t it of the duty of the Synod of the priests to ignore the rumors and conspirations and manipulations and disinformation and address to the entire nation, clergy and laymen and to these rulers without conscience, asking them:

Brothers who are Romanian like us what do you want to do from this country and this tired, hungry, chased people humiliated for the last 30 years?

We remained without dignity, without country, without values, without economy, without resources and for the last 30 years we fight with each other taking sides of political parties and we compete with each other at robbing and destroying our country. Is it normal so?

We are corruption, we who vote with shut eyes the destruction of our country!

The elders and pensioners resigned in sickness and poverty, in misery and privations, they wait their end quiet and scared by Covid or other incurable diseases, their access to hospitals being restricted cause of the so-called programmed pandemic.

Economy fell like a Lego game according to the science and diabolical mind of those who knowingly planned this global crisis with the pen from the office as great Eminescu said it:

The youth without any experience of the evil, of the fear of war, of troubles and shortages wastes himself in simple and peddling entertainments, destroyed by the elan of youth. But until when?

The students, teachers, school are diluted under our own eyes terrorized by the fear of mask, of virus, of vaccination and by the incompetence of the politicization of education at the will of the governments which follow one after another all the time. Where will we end up?

MEDICINE LONG TIME AGO LOST THE BATTLE WITH SCIENCE in the same way as the incompetent parties full of specialists who ruined our country and the countries of the world and the doctors politicians appeared on all screens to explain to us what means the vaccination with `cabbage juice` made by the amateur businessmen of the world for the good of the world which doesn`t understand that it is desired its good at global level, what kind of healing vaccine may be that one which you repeat several times a year.

Gentlemen governors where are the medical science books from before 2019, where are the researchers, the internationally famous doctors, the greatest personalities of the academic medical sciences  of the level of the Institute Cantacuzino-Bucharest or Pasteur- France, who treated Europe epidemiologically for almost a century?

How did Arafat of Romania succeed to manage this pandemic and this virus exactly as if it were a beehive? The virus goes away and comes back, bites or stays peacefully as mister Arafat pleases.

At the show from Cluj where thousands of people were present, where was the virus, wasn`t it mortal anymore, didn`t it infect anymore, wasn`t it deadly anymore?

What about the Congress from Bucharest where thousands of people were present, where was the virus, or the virus attacks only certain political colors?

On the seaside where was this virus the entire summer, why didn`t it infect, attack, bite, killed people. The examples could go on.

I think and confess that it is the moment to stop this false masquerade of the forced vaccination and the induced fear of the Covid virus, returning to the medical source of the medical science from the past and everyone should take care of his health on his own responsibility.

In what regards the infection wave which has come all of a sudden and filled the hospitals, even if we the many and simple people don`t know how and from where is the key of its orientation, God knows for sure the reason and the fraudulent method used therefore we will entrust ourselves to God who takes care of the entire earth.

That is why gentlemen governors let the country breathe, work, exist and go on, don`t force the note, don`t  restrict our right to LIFE< FREEDOM and HEALTH which are gifts from God not from people.

Mister Arafat, we insistently ask you to remember that Romania belongs to the Romanians, given to them by God and it is not your personal estate to do anything you like in it, all kinds of restrictions and experiments. You have exceeded the measure, when are you going to stop?

I repeat respectfully WE ARE NOT YOUR GUINEA PIGS, NOR OF BILL GATES, FAUCCI OR OF World Health Organization, we are the citizens of a free Christian Romania

Dear Romanians and Christians defend your country, your right to life, to freedom, work, existence and health.

Leave misinformation, manipulation, dissensions and hate for one another, we are all in danger if we don`t do anything waiting our own destruction and that of Romania, we are alone and we will be guilty of everything will come over us.

Oblivion, idleness, recklessness and sloth are the causes of the death of our souls and of the man when he  lost and forgot God.

May God enlighten us 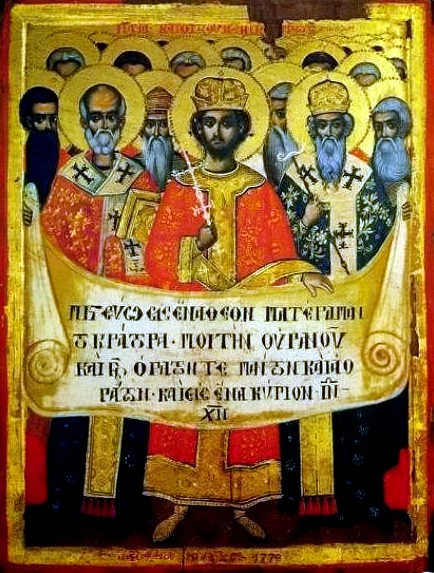 `Holy Father, protect them by the power of your name, the name you gave me, so that they may… 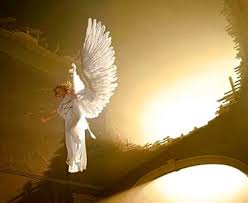 There was once an old woman who hadn’t done any good in all her life. When she died… 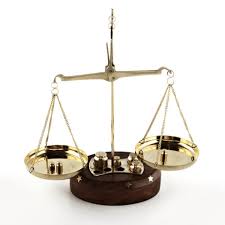 A young man who trifled the Christian Church and faith quite often, came to a priest and asked…