The healing of blind Bartimaeus

46 Then they came to Jericho. As Jesus and his disciples, together with a large crowd, were leaving the city, a blind man, Bartimaeus (which means “son of Timaeus”), was sitting by the roadside begging. 47 When he heard that it was Jesus of Nazareth, he began to shout, “Jesus, Son of David, have mercy on me!”

48 Many rebuked him and told him to be quiet, but he shouted all the more, “Son of David, have mercy on me!”

So they called to the blind man, “Cheer up! On your feet! He’s calling you.” 50 Throwing his cloak aside, he jumped to his feet and came to Jesus.

52 “Go,” said Jesus, “your faith has healed you.” Immediately he received his sight and followed Jesus along the road.

(…) Being in the mountain, saint Anthony many times saw what happened in Egypt and related these to bishop Serapion who was with him and saw Anthony immersed in his vision. Once sitting and working was taken into a vision (rapture) and was moaning being immersed in it. After an hour he turned towards those who were present there moaning and shivering. And bending his knees he prayed for a long time. Standing up he was crying. Those who were with him being overwhelmed by fright asked him to let them know what had happened. They insisted so much until being forced by them he told them continuing his moans:

Oh, my sons, I would have rather died than see happening what I saw in my vision. Those asking him again to tell them about it, he said crying:

A great calamity will come over the Church. It will be given to some men who are like animals. I saw the table of God surrounded all over by mules who hit with their hooves what was inside in such a way that they seemed like animals jumping in a mess. You heard me moaning. I heard a voice saying:

`My altar will be defiled.`

This is what the elder saw. After two years it took place the assault of the Arians and the taking of the Churches by force when the holy vessels, being taken by force were given to the pagans to use them. Then we knew that the kicks of the mules predicted by Anthony were what the Arians do now like some animals. After the elder had this vision, he asked those who were with him saying:

`Do not lose your courage my sons! In the same way God angered He will calm down. And the Church will receive again its adornment and will give light as usual. You will see those who were drawn out coming back to their places and faithlessness withdrawing to its burrows and the righteous faith being preached with courage and all freedom everywhere.`

Only do not get out of your minds with the Arians, as this is not the teaching of the Apostles, but of the demons and of their father, the devil. It is fruitless and irrational, being the fruit of a wrong thinking, as irrational are the mules. 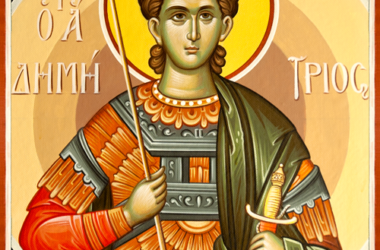 Akathist to Saint Demetrius the Myrrh-Streamer 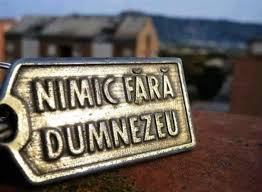 A youngster went to a wise old man and asked him warmly: ”How is God?” ”Does He really…