Without dependence there is no love

What means `independent` ? Independent is not the same thing with being free. Independence is a permanently uncertain condition. To remain independent with any price at a certain moment may be in contradiction with freedom. I can choose freely of whom to depend.

Dependence is the only profound and authentic relationship between two or more persons. Love needs the other one for being fulfilled. You can`t say `I love you` but I don`t need you. Need not with the sense of consuming you for my fulfillment but meaning that without you I loose my sense.

This need of the other one is called dependence.

Without dependence there is no love. Dependence till the union, an union in which we keep our own identity. We keep our identity not as a need of proud autonomy but as an ontological given which is a source of personal love, each one of us remaining a spring of love according to the image of God.

In the same way it is freedom fulfilled, by a freewill choice to love what you love, being in a profound dependence on the beloved one.

That is why being independent is an uncertain state and seeking independence by any means is a conflict with your own freedom.

Gospel promised freedom to those who know the truth. Many times it appears in the New Testament the notion of freedom, but they never speak of independence. Independence is the opposite of freedom; it is a false synonym in the ears of the crowds.

Be free! With the price of being dependent on what you love!

HE KNOWS WHEN PAIN IS NECESSARY 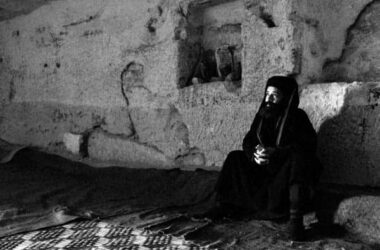 The Icon of the Holy Mother of God the `Betlehemite` 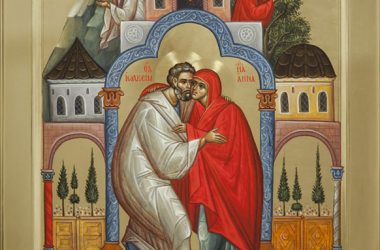 `Father, tell is about saints Joachim and Ana, the parents of the Holy Mother of God. Once you…