Having in mind the manifestation aspect, the error of the phyletists consists in replacing the church Tradition with the popular or national tradition. The love for our nation (of beings) is wrongly emphasized and appears more important than the love for Christ as He told us: “The one who loves his father or mother more than Me isn’t worthy of Me, and the one who loves a son or daughter more than Me isn’t worthy of Me. The one who doesn’t take up his cross and follow me isn’t worthy of Me.” (Matthew 10, 37) The clergy who publically promote the phyletist wandering, especially those who have a theological education realize very well that they actually deny overall the Divinity.

In phyletim, the Christian theocentricism is only an illusion, is the guise of the pagan egocentrism revived once with the western humanism; it is a return to the ancestral pagan practices more and more actively promoted by the New Age movement.

In order to maintain the so-called “ethnic origin of Church” from the ideas with religious character is required a rather more practical use than Truth. When it is referred to territorial borders, the Church will always be substituted by a totally human and usual organization. Such type of organization already cannot be above the human laws and becomes the servant of personal or group ambitions.

We can realize the fallacy of the teachings promoted by the adepts of phyletism according to the following indications inherent in general actually to all the heresies:

The love for nation under a socio-political aspect in general is a positive fact. It unites us and makes us stronger in fighting against the external danger. Yet the idea of nation appears only during the second half of the 18th century – beginning of the 19th century. Till the Modern Age, the Christian Europe was divided between some administrative representatives of the society that were carrying intrinsically the obligations of military leader, land owner and political leader. All these attributions were handed over to the future leader through inheritance, but the confirmation was obtained only through the hierarch’s permission. Hence it is clear that the religious domain was special and had priority over all the others.

Likewise the Byzantium Empire, the orthodox countries kept the tradition to separate the political domain from the religious one. They were confined but they were strongly connected in the same time. For the ruler, as well as for the entire nation, the other attributions were only serving to the main purpose of man – his salvation.

Yet, in phyletism the things are dramatically overturned: the ancient faith is sacrificed for the use of the national interest. The latter one is for many times a pretext to serve some nasty interests. What’s even worse than that: this fallacy started to be preached also in our country as a churchly dogma. Thus a thing that for one should be a code for a moral behavior becomes a vulgar pharisaism.

In this way the problems strictly related to the spiritual domain come to be interpreted by laymen who do not even have the most elementary spiritual education, not to mention about the necessary theological capacity to investigate very complex domains as the ecclesiastic politic is. The so-called “shepherds of Lord’s flock” are totally launching themselves into polemics, discussions and statements that are contrary to the mission entrusted to them through the holy grace they are blessed with at their ordination (the ceremony that a simple layman becomes a priest, a servant of God). Persisting in the troubled spirit of the nowadays times, in full awareness they commit to serious canonic errors that inevitably result into heresies.

According to its negative effect, the phyletism is comparable only with the ecumenism. While the phyletism has as a purpose disintegration of the Orthodox Church based on ethnic criteria, making it vulnerable to the anti-Christian currents, the ecumenism is the finishing stroke for the separating tendencies by transforming them into currents of one and the same religion of the future – of the Antichrist. While compensating each other, these two fallacies represent the two sides of one and the same destructive movements directed toward Orthodoxy.

In Orthodoxy the believers form a single nation – “the nation of God” (Deuteronomy 27, 9). The Holy Apostles by being sent to all nations to “baptize them in the name of the Father, Son and Holy Spirit” (Matthew 28, 19-20) formed in this way the one and the same “nation”. As for those who doubt this things, Christ answers to them: “Jesus answered them, “You are mistaken because you don’t know the Scriptures or God’s power, because in the resurrection, people neither marry nor are given in marriage but are like the angels in heaven. As for the resurrection from the dead, haven’t you read what was spoken to you by God when he said, ‘I am the God of Abraham, the God of Isaac, and the God of Jacob’? He is not the God of the dead, but of the living.” (Matthew 22, 29-32). Thus we understand from here that neither the national appurtenance nor the preserve of folk customs determine our salvation but every human being will be responsible in front of the Lord for his own mistakes.

Unfortunately, representatives of the phyletism are in all the preponderant orthodox countries, yet this does not mean that these countries have a lack of right faithful believers. It is often observed that the phyletist heretic ideas cohabitate regardless how weird that might sound with people that share a correct conception on the outward religious danger.

Likewise the ecumenists, they promote the so-called “dialogue” (that actually is a reasonless polemic) to solve the misunderstandings that they themselves provoked. If they come to the point when a communication within the spirit of canonic rules is truly required, some of their important characteristics are the stubbornness and bumptiousness that have their origins in the pride sin that a big part of Angels fell from Heaven for. It goes without saying that this is a trap. Those who mostly stand to lose from all these sick games are the simple people.

LETTER TO A FRIEND (II)

“What does Danion want with all these? Am I not aware myself that I have eyes and ears?”… 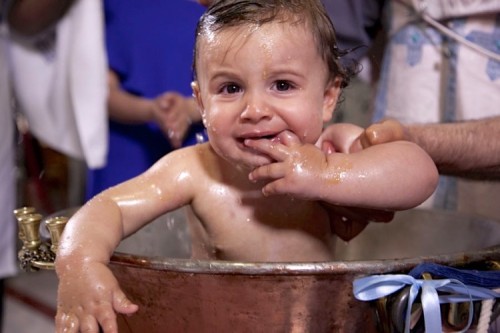 by Hieromonk Petru Pruteanu Lately, clerics and laymen (especially from the western parts of Romania, and not only)…