Yoga: A method of destroying the human personality

The word “yoga” is derived etymologically from the Indo-European root “yug” – “Joch” in German, “ζεύγ” in Greek and it means “consorting with”, “annexation”. It means the unification of the individual self with the divine element. According to the way the divine element is perceived, either as one of the endless divinities of Hinduism whose number, according to some approximations reaches 300 millions (!), or in an impersonal manner, there isn’t only one form of yoga, but many. To these can be added those forms of yoga in which the deeds of human beings are especially stressed. Nevertheless, the final purpose of all these forms is the same: the liberation of the individual self of the endless number of reincarnations. In other words “yoga” has an entirely religious content, better said idolatrous, because the Hindu pantheon, as well as the impersonal character of the divine element, clearly rely on the human fantasy and absolutely contradicts the common human mind and the earthly reality we live in.

As for the Hindu pantheon, we can mention the following features: the huge number of idol-gods (some with human shape – four hands and legs – others half human and half animal, others with animal shape) gives to everyone unlimited possibilities to choose a god that best suits his passions.

The fundamental trinity of Hindu gods: Brahma, Vishnu and Shiva is presented as: the first is the creator, the second is the preserver and the third is the destroyer of what the first creates and the second preserves. In other situations only Shiva who completely identifies with the ideal of yoga is presented with these three features.

In Bhagavad-Gita (a text “inspired by god”, a kind of “bible” of the contemporary Hinduism) we see god Krishna teaching people different forms of yoga, meaning the forms of asceticism that lead to the unification with god. At the same time, in the Hindu tradition, it is shown that Krishna deceived 16 000 married shepherd girls and had 180 000 sons with them.

The River Ganges is considered a god in Hinduism and that is the reason the bathing in the river, especially in the town of Banaras (Varanasi at present), the holy city of Shiva, is believed to clean of all sins the one who bathes in it. We can mention particularly that in this city the river has an incredible high level of contamination because of the urban and industrial waste as well as of the remains of the burnings of dead bodies (the percentage of bacteria in this part of Ganges exceeds 10 000 times the allowed limit).

The main purpose of yoga we referred above is perhaps best formulated in its oldest structural expression – a sacred text of Hinduism called “Upanishads” (800 – 500 BC). In this text it dominates the conviction that the world we live in and our life itself is something negative. The only good thing that exists is an absolute divine element without any shape and impossible to determine which lies in the abyss and at the basis of the reality and it is called Brahman. A part of this Brahman lies at the heart of each form of life and it is called Atman. It can be compared with the air existing in a bottle which nobody sees and which is shapeless. While the bottle – which can be seen and has a shape – is compared with the material body, the exterior form of the human being. Between the material body and the divine element of each human being lies – according to this opinion – the mind which has the feature of compulsory attaching to something so that the human identity is created by means of this attachment. Therefore, from its position, the mind can return, either towards the divine element, either to the material one which has different shapes. The more the mind stays attached to the earthly things, the more the individual existence, due to the absolute power of the karma law remains captive in the cycle of reincarnations. Nevertheless, when it will return and unite with the divine element it would liberate from this cycle. For Hinduism, life itself – because of the endless number of reincarnations – is extremely painful, without perspective and something that everyone should be disgusted of. The human as being doesn’t have any value and any uniqueness since every individual being constantly lies in a state of transition towards other forms of existence. Furthermore, the probabilities someone to reborn as a human being in the next reincarnation are extremely low, without that person’s essential progress in yoga. But which is that essential element of life that crosses through hundreds of thousands of forms of reincarnation cycles? Here one can clearly observe the impossibility of a rational explanation. They call it “sensitive essence”, “etheric body” obviously without knowing what they are talking about. Based on what argument this undefined element which even doesn’t have the conscious of its own existence can lead the human being, obeying the karma law towards a “perfection” of existence?

No matter of how the things are, for a Hindu it is unconceivable the notion of salvation, of fulfillment and completion of the human being in the virtue of his connection with God and his fellow creature. The Hinduism acknowledges only the notion of liberation, the liberation from the endless cycles of reincarnations and the liberation of the life itself. The ideal of Hinduism is the ceasing of the individual existence and this is possible through yoga. Therefore, yoga is the method which leads to the ultimate death or, if we were to express ourselves in the words of the sacred writings of Hinduism, to the destruction of the individual existence within the general absolute divine element – Brahman – as a drop of water dissolving in the ocean. This situation is described in the ideal of the Brahman yogis who, in the last stage of yoga reach a level when they don’t eat, don’t communicate with their environment, don’t perceive their body and finally, in this absolute isolation, they die. Before reaching this stage of absolute isolation they live with the conscience of their liberation meaning that the burden of life has ceased and they won’t reincarnate any more.

Therefore, the human relations are not contained in the ideal of yoga. Only at the beginner level they have a certain role, but not in the sense of a true communion, of the honest care for the other but only in the sense of rewarding. By doing good deeds, someone can reach a better reincarnation. At the epicenter there is always the individual ego. The highest manifestation of this lack of communication is the authentic expressions of yoga, the guru masters.

The word “guru” means “the one who scatters the darkness”. They are very advanced in yoga and the spiritual guides of the others. Their followers – I chose with awareness this term, as it will be seen next – think that through the intercession of the material body of the guru, divine energies manifest and that they transmit the divine sparkle. The guru themselves admit about them that they are illuminated rare souls in the history of mankind. They seek and accept with pleasure and in a natural way the worshiping manifestations of their person since they consider themselves divine forms of life. Years and years of practicing meditation which function as autosuggestion created this firm conviction and certainty. These forms of worshiping are, for example, the ovations of the crowd of followers or the bowing that they perform by lying on the ground before them and offering gifts to them as well as the very impressive practice (in the movement of Maharathi or of the followers of the “Hare Krishna” movement) at the enthronization of a guru, during which his legs are washed with yogurt and after that the yogurt is drunk by his followers which are present. Within this vision of the world and themselves, within this frenzy of self-worshiping they find normal these forms of exploitation of the human beings lower to themselves, such as the members of their movements.

In 1995, in Japan, by fulfilling blindly the commandments of the Asahara guru, his followers carried out a terrorist attack at the subway in Tokyo using poisonous Sarin gas. The result was of 12 deaths and 5500 injured, among which most of them remained infirm for the rest of their lives. An inviolable element of the disciples constitutes the so-called “holy sacrifice”, meaning the offering of all their possessions at the feet of the guru. By this fact, they are indebted to be grateful to their guru because he didn’t reject, but received them so he freed them from this burden which is an obstacle and pain for the followers. The climax of this enslaving is obvious in the following, totally unconceivable situation: in the situation in which the disciples find themselves in the hands of a crook they are indebted to remain faithful to him and to continue to serve him because they deserved that guru. The crook guru corresponds to their karma, to the deeds in their previous life. By remaining faithful to him, in a future reincarnation definitely they would benefit from a more “evolved” guru.

Many of our Greeks, who practice yoga, definitely will claim that the yoga they practice has nothing in common with this religious form of yoga of the Hinduism. Nevertheless it is good to be known that many teachers of yoga of an “European” prescription have studied and have been instructed, for example, in Satyananda Ashram which owns all over the world a very well developed network of yoga-ashram centers (and here in Greece also) and whose creed is exactly the one I have described above.

Generally speaking, the same things are true for Silva Mind Control which although doesn’t appear under the veil of yoga, nevertheless uses oriental techniques as well as for “The HUMAN Center” of the guru Sri Chinmay and for similar movements withworld wide networks. Their common feature is their appearance under a scientific mask. Nothing is more false than that. What does science has in common with the “law” of karma, with the faith in reincarnation, in an impersonal fantastic divine element or in the gods of Hinduism? Even in the situations when yoga presents itself as simple gymnastics, it has nothing to offer. In agreement with the position of the experts, the basic problem of the contemporary man is the lack of movement, not only in the space of his work, but also in his free time. Whereas yoga, instead of developing the movement it limits it even more through its sedentary exercises.

It is a proven fact that yoga – in the western countries – an exceptional and intelligent placed trap – attracts the Europeans and the Americans to the civilization of Hinduism. Its influence manifests through religious music, Indian cuisine, discussions about reincarnation, karma, the hidden forces of the human being etc. Through “mantras” – short sentences used during meditation which usually express the veneration of one of the Hindu gods – naive westerners who get enthusiastic about this world – are introduced in the Hindu worshiping. And for even more naives ones, the name of Christ is involved, Who is presented together with Buddha, Krishna, Ramakrishna etc., as personality from a separated spiritual plan, as one of the saviors of the world. 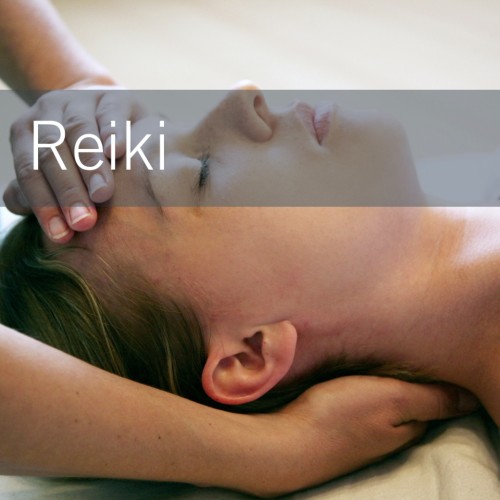 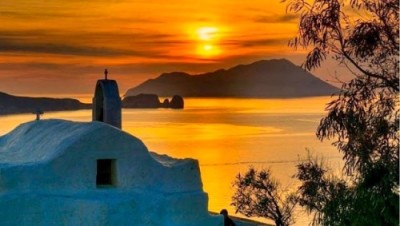 1. What does the text we investigate say? The study of today will be focused on the analysis… 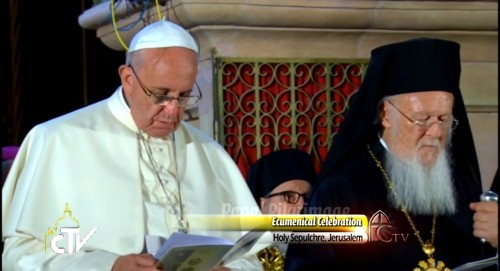 by Gh. Zervos Ecumenist prayer inside the Holy Sepulchre performed by heretic pope and ecumenical Patriarch. The…