We must do the good right now and don’t postpone it until later. After death there is no redressing

A monk asked abba Pimen : `Abba, there were two men, one of them was a monk and the other one a layman. The monk thought on the previous evening to leave his monastic schema and the layman decided to become a monk. Both of them died on that night and they couldn’t do what they intended. How will it be counted for them? The monk died as a monk and the layman died as a layman. So they went in what they were found.

An elder said : This voice cries to the man till his last breath : Do come back right today!»

An elder said : This people doesn’t seek `today` but `tomorrow.`

They said about a certain elder that when they told him their thought : `Leave it today and you will repent tomorrow` he stood against them saying: No, I will repent today and tomorrow may the will of God be done.

Brothers, the right time for repentance is today. Blessed is that one who has never fallen in the nets of the enemy. But even if someone fell and then tore the nets and escaped running away from him as long as he is still living this life he is blessed too in my opinion. Because he is till living in this body and managed to run away from war, escaping like the fish from the nets. The fish when it is still in the water and is caught and then tears the net swims into the depths and escapes. But if he is drawn to the shore he cannot help itself anymore.

Thus as long as we are still alive we took from God power and strength to break the ties of the enemy, to get rid of the burden of sins by our repentance and free ourselves inheriting the Kingdom of God. But if the frightening death comes and the soul comes out of the body and the body is buried in the tomb then we can’t help ourselves anymore being like the fish drawn out of the water and put into a jar

Brother, don’t say, today I sin and tomorrow I repent. Because you never know anything for sure. God will take care of tomorrow.

Who falls for the second time putting his hopes in repentance behaves dishonestly with God. Death takes him unexpectedly and he doesn’t see the expected time of repentance. 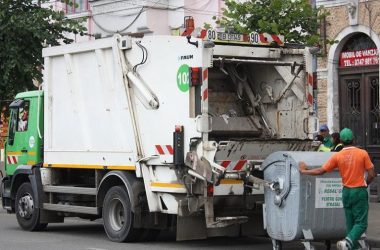 Priest Savatie Baștovoi Willy-nilly I get news about the colorful marches from Bucharest or Timisoara. Pathos and tragedy…