After the Lord was sold by his friend and disciple with thirty silver coins, He was first took to Annas, the archpriest. This one sent Him to Caiaphas, who spat Him and slapped him in the face. And while they mocked and scoffed Him, He heard them saying:  «Prophecy to us, who hit You?»

There came two false witnesses who testified that Christ had said :  «Destroy this temple and in three days I will raise it up again!», and also that He is the Son of God. The archpriest tore his clothes because he could not bear that so called blasphemy. When day had broken they took Him to the Praetorium, to Pilate « did not enter the Praetorium to avoid being defiled and unable to eat the Passover»«. So Pilate went out to them and asked, “What accusation are you bringing against this man? »

And because they did not find Him guilty of anything, He sent Him to Caiaphas. And he sent him back to Pilate because Pilate thought to kill Him too. Pilate said:

«You take him and judge Him by your own law». The Jews said once again:

«We are not permitted to execute anyone». By these words they made Pilate to crucify Him. Pilate asked Jesus if He was the king of the Jews. He said that He was but the eternal King.  «My kingdom is not from this world» He said.

Pilate, willing to free Him said first that He had not found any guilt in Him and then proposed to the Jews to free one of the arrested. But the Jews preferred Barabas instead of Jesus. Ultimately Pilate gave Him to the Jews after he ordered to be whipped. Then Jesus is given to the soldiers, dressed in a purple mantle and putting on His head a wreath of thorns and in His hand a reed. The soldiers mocked Him saying: « Rejoice King of the Jews! ».

After they scoffed Him Pilate said again: I do not find any guilt of death in Him. But they said: We accuse Him that He called Himself Son of God. While they were saying these, Jesus was quiet. The crowd cried to Pilate: «Crucify Him! Crucify Him!».

They wanted to sacrifice Him for removing from among them His good remembrance. Pilate mocked them saying: « Shall I crucify your king?».

They answered: «We do not have any other king but the Caesar». The Jews because they could not do anything with their defamations mention Caesar’s name for seeing their anger satisfied somehow. And they said: «Whoever makes himself king is against the Caesar». In the meantime Pilate’s wife was frightened by some nightmares she had and sent someone to Pilate to tell him: «Do not do any harm to this righteous man!».

Since she had suffered much during night because of her nightmares about Jesus. Pilate washed his hands, thus getting rid of the accusation of crime. But the Jews cried: «His blood shall be on us and on our children! But if you free Him you are not a friend of the Caesar!». So Pilate ordered to tie Jesus, although he knew that he was innocent and condemned Him to death on the cross and freed Barabas. When Judas saw this, threw the silver coins and left taking a rope and hanging himself.

The soldiers beat Him over His face with the reed and they put the cross on His back. Then they forced Simon from Cirene to carry His cross. About the third hour they came at the place of Golgotha and crucified Him. They crucified with Him two thieves so that He would be considered as an evildoer. For humiliating Him they shared his clothes among themselves and for His shirt that was seamless they drew lots, committing the worst of crimes. But beside these even while He was on the cross they scoffed Him saying: «You who are going to destroy the temple and rebuild it in three days, save Yourself!!». And again:

«He saved others, but He cannot save Himself.». And again: «If You are the king of the Jews, come down now from the cross,  and we shall believe in You!».

If The Jews had believed in what they had said they should have approach Him without doubt because Christ was recognized by the entire Creation not only as a King of Israel but of the whole world.

Thus according to holy evangelist Mark at the third hour He was crucified. From the sixth to the ninth hour it was dark. Longin the centurion seeing these amazing things and especially the darkening of the sun cried out aloud: « This was the Son of God indeed!».

One of the thieves insulted Jesus but the other one rebuked his fellow and confessed that Christ was the Son of God. The Savior rewarded his faith and promised him to take him to heaven. Ultimately after being so much insulted, Pilate ordered to be written on the Cross the words: «The King of the Jews».

Although the Jews protested saying that He called himself the King of the Jews, Pilate told them: What it was done it was done!

Then the Savior cried: «I’m thirsty!». They mixed vinegar with something bitter and gave Him to drink. And by saying: «It is over» and bending His head He gave His last breath. All the people left the place. Near His Cross remained only his Holy Mother and her sister, Maria of Cleopas who was given by Joachim to Cleopas that died without offsprings. There was also his beloved disciple John. The ungrateful Jews because they did not want to see the bodies on the cross asked from Pilate (because it was Friday, the great day of the Passover) to break the shin-bones of the convicted for making them die faster. And they broke the shin-bones of the two thieves, who were still alive. But when they came to Jesus they saw that He had died and did not do that.

Or another explanation: blood symbolizes the partaking of the holy Eucharist and water the baptism. Saint John saw this and testified it and his testimony is true. He witnessed everything, saw everything and wrote all about that. If he had lied he would not have written what was for offending Christ. It is related that John being there then collected the blood flowing from the life giving rib of Christ in a vessel. After happening all these supernatural facts, when evening fell Joseph from Arimateea, who was one of his disciples and hid himself from the people went boldly to Pilate as he knew him and asked for the body of Christ. Pilate allowed him to take it and Joseph took Jesus down from the Cross very piously. When night fell Nicodimus came bringing a mixture of myrrh and aloe. They wrapped Him in shrouds, after the Jewish custom and buried him in the neighbourhood in the tomb dug in the rock that belonged to Joseph and where nobody else had ever been buried. It was chosen this so that no one could have believed that someone else was resurrected from the dead when Christ was resurrected. The evangelist mentioned the mix of myrrh and aloe. These spices had the propriety to stick things together. And they used this mix so that no one could believe that He had been stolen when they would have seen the shrouds and the veil left in the tomb.

How could have been possible to be stolen when the myrrh and aloe glued the shrouds together perfectly. All these miraculous facts took place on Friday. That is why the Holy Fathers decided that on Friday should be commemorated these with broken heart and humility.

For this reason the man had to be recreated in the same hour when he was crushed. He was crucified in the garden because Adam broke the commandment in the garden of heaven. The bitter drink that was given to Christ symbolized the bitter taste experienced by Adam. The slappings symbolized our redemption. The spitting and the offences addressed to Him brought us honor. The wreath of thorns the annulment of the curse, the purple mantle, the royal clad instead of the leather clothes. The nails the absolute steadiness of our sin. The cross, the tree from heaven. The pierced rib symbolized Adam’s rib from which was created Eve through whom came the break of the commandment. The spear symbolizes that the fire sword is taken away from me. The water from the rib symbolizes the baptism. The blood and the reed symbolize that Christ gave us our old homeland writing that with red letters. It is said that in the place where Christ was crucified, was buried Adam’s head.

That place where the Lord was crucified was called `the place of the nob` because of the following reason: in the time of the flood Adam’s nob was taken out of the earth and was wandering to and fro fleshless and lonely. It was a terrible sight for those who saw it. Solomon out of respect for his ancestor with his whole army covered that nob with stones. That’s why the place was called `the place paved with stones. Some saints say, based on tradition, that Adam was buried there by an angel. Thus where the carrion was, there stood Christ, the vulture, the eternal king. The new Adam healed through wood the old Adam, who had fallen through the wood.

By Your utmost kindness above nature, Christ our Lord, have mercy on us. Amen.

The Great and Holy Saturday 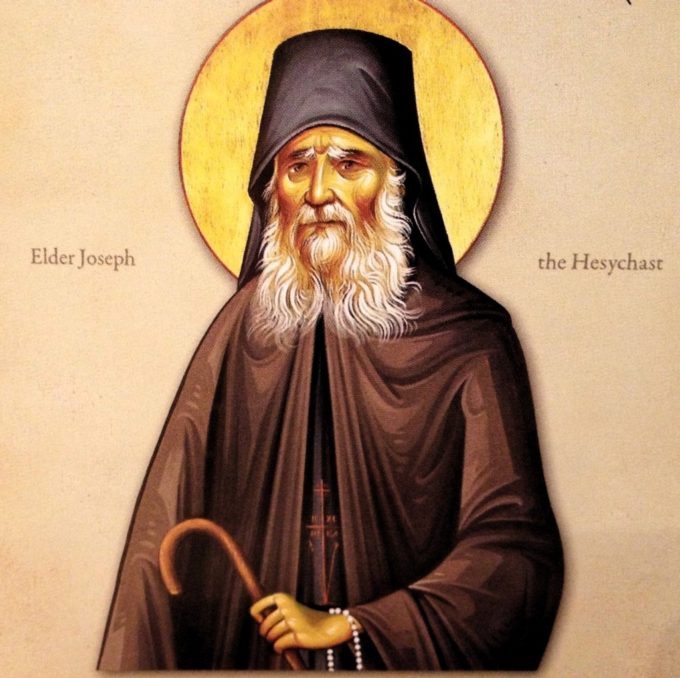 For a young man who asked about prayer

My beloved brother in Christ, I wish you be well! Today I received your letter and I answer… 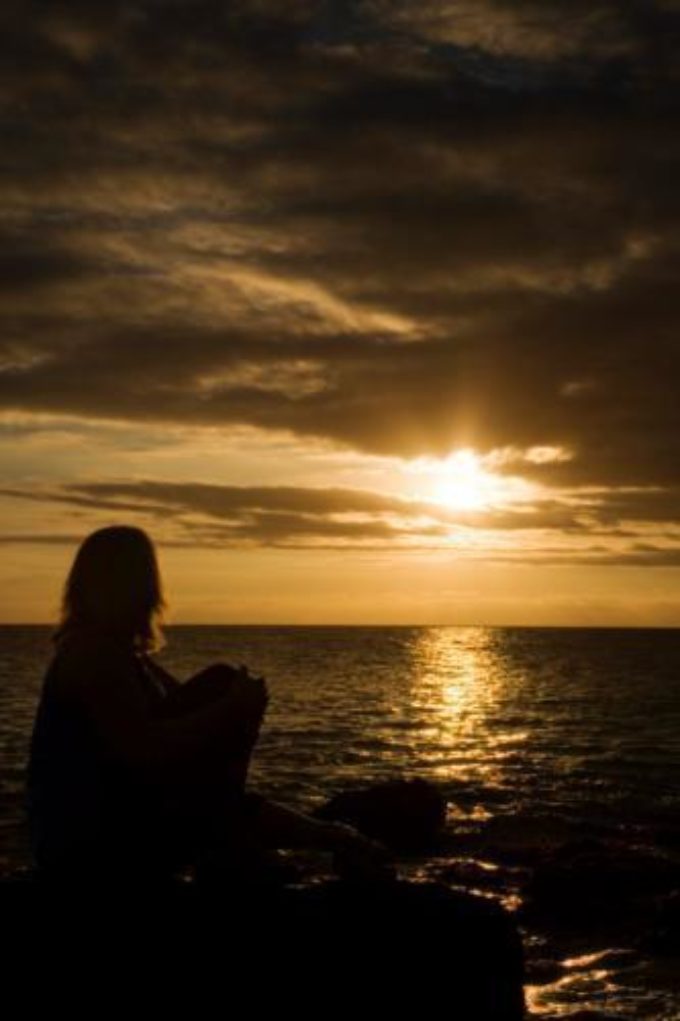 We must do the good right now and don’t postpone it until later. After death there is no redressing 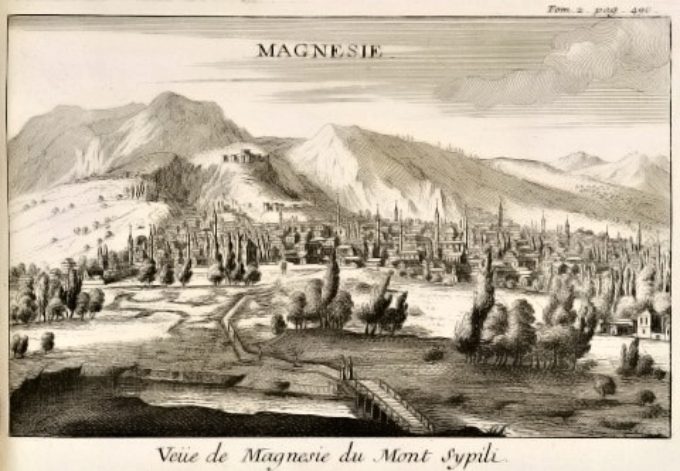