29 “Woe to you, teachers of the law and Pharisees, you hypocrites! You build tombs for the prophets and decorate the graves of the righteous. 30 And you say, ‘If we had lived in the days of our ancestors, we would not have taken part with them in shedding the blood of the prophets.’ 31 So you testify against yourselves that you are the descendants of those who murdered the prophets. 32 Go ahead, then, and complete what your ancestors started!

33 “You snakes! You brood of vipers! How will you escape being condemned to hell? 34 Therefore I am sending you prophets and sages and teachers. Some of them you will kill and crucify; others you will flog in your synagogues and pursue from town to town. 35 And so upon you will come all the righteous blood that has been shed on earth, from the blood of righteous Abel to the blood of Zechariah son of Berekiah, whom you murdered between the temple and the altar. 36 Truly I tell you, all this will come on this generation.

37 “Jerusalem, Jerusalem, you who kill the prophets and stone those sent to you, how often I have longed to gather your children together, as a hen gathers her chicks under her wings, and you were not willing. 38 Look, your house is left to you desolate. 39 For I tell you, you will not see me again until you say, ‘Blessed is he who comes in the name of the Lord.’[a]”

The danger of pride

`(…)There is no other sin to bring such a weakening of all virtues and spoil and empty the man of all justice and holiness than the evilness of pride. It is like a terrible generalized disease which does not affect only an organ or a part of it but pushes the entire body into a complete destruction and attempts to take down and crush in a serious fall those who are on the highest peak of virtues. Any sin stops at its limits or at the object of its aim and even if it affects other virtues it is focused purposefully on one which it attacks attempting to suffocate. For a better understanding of what I said the greed for food, the pleasure of the belly or of the mouth weakens the power of restraint, debauchery destroys purity, anger destroys patience. In this way the one who is possessed by a sin is not  without other virtues, but being taken away from him that virtue which can`t oppose the contrary sin that one perishes while he can keep the others at least in part. But pride when it takes over the  mind as a cruel tyrant when he conquered a high fortress undermines and destroys from foundations the whole citadel of virtues and crushing the high walls of the holiness of the past with the earth of the irrational passions it does not allow any freedom anymore to the soul it enslaved . The richer was the one it had defeated, the worse would be the yoke of its bondage, plundering him with the cruelest plunder by all the richness of virtues. 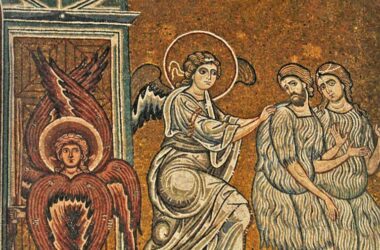 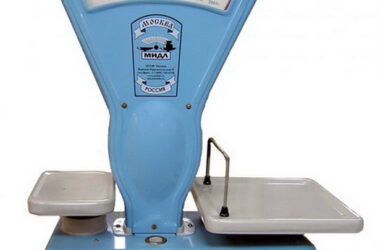 Time ago in a village lived a baker famous for his bread. But one day it seemed to…

A disciple of a famous master became guilty of a serious mistake. The people expected his master to…