34 Then he called the crowd to him along with his disciples and said: “Whoever wants to be my disciple must deny themselves and take up their cross and follow me. 35 For whoever wants to save their life[b] will lose it, but whoever loses their life for me and for the gospel will save it. 36 What good is it for someone to gain the whole world, yet forfeit their soul? 37 Or what can anyone give in exchange for their soul? 38 If anyone is ashamed of me and my words in this adulterous and sinful generation, the Son of Man will be ashamed of them when he comes in his Father’s glory with the holy angels.”

And he said to them, “Truly I tell you, some who are standing here will not taste death before they see that the kingdom of God has come with power.”

Then at the death of the saints

`But with that blessed woman God did not allow to happen this; He ordered her soul to leave her body immediately considering she had fought enough and had made her duty. Her death was not caused by the fall but by God`s command. She was lying with her body not on the bed but on earth. Her body was not lacking honor because it lied on earth. On the contrary the earth was honored to receive a body which was clad with such a great glory. For this because she lied on earth her body was much more honored. The offends addressed to Christ bring us extra honor. She lied on earth with her virginal body purer than gold in a narrow alley

The angels surrounded her the archangels honored her and Christ was present. If the masters follow to the tomb their worthy servants who died and are not ashamed of that, Christ was not ashamed to honor with His coming that one who gave her soul for him and faced such a great danger. She was lying to earth having a great burial service adorning her martyrdom with the adornment of confession dressed with a garment more precious than the royal purple and any rich porphyry

Her garments were double : her virginity and martyrdom With these garments for burial she will go to Christ`s  throne of judgment

Let us try to dress in such garments alive and at death being sure that we don`t gain anything by dressing our body in golden clothes on the contrary we attract a lot of gossipers that not even at our death we don`t renounce at vain glory. But if we dress in virtue we will have many praisers after death. That tomb where it will be put that body which lived in virtue and faith will be brighter in the eyes of everybody more than the royal courts. You are witnesses at this you who pass by the coffins of the rich as if they were caves although they have golden clothes but run to this Saint with zeal as this martyr left this world being dresses instead of golden garments in her martyrdom with the confession of faith and virginity 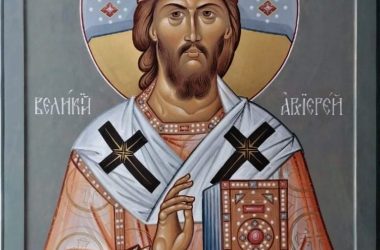 When the love of our Lord inflames the soul of man, one like this is not conditioned by… 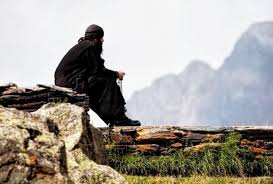 Advice for prayer from saint Porphyrios