The most numerous and the biggest miracles accomplished by Starets Paisios were the spiritual resurrections. Many people who were completely careless in terms of spiritual life, who were convinced atheists, who had no moral restriction have risen spiritually, have begun with zeal a life after God, either after an apparition of the Starets in their sleep or in reality after his death or after reading one of his books. Some of these even became monks.

A certain young man was recklessly living in sin. Not coincidentally he found the letters of the Starets and reading them he was terribly shaken. Since then he has completely changed his life and wanted to become a monk.

Six years ago – a young man related – I was an anarchist. I was wearing earrings and took drugs. A friend of mine gave me one of Starets Paisios’s books. I started to shuffle it from curiosity and because it drew my interest, I read it in one night. Since then my life has changed.

Mister Gheorghios Nikolau from Athens confesses: On one October Sunday from 1996 I went with a friend of mine to the Monastery of Saint John the Baptist from Karea to attend the Holy Liturgy. I wanted to have a requiem service for a year from my mother’s death. It was the first time in years when I was going again to the church.

When the Holy Liturgy was over I went to the shop of the monastery where I saw one of Starets Paisios’s books and in that moment my heart startled. I immediately bought that book and the first thing I did after returning home was to start reading it. While reading the poem written on the reverse side of the photo the Starets had sent to his mother immediately after he became a monk, something changed inside me. I started to sob, my heart melted and I was saying among tears: My God, help me become a monk too for the prayers of Saint Paisios. I have never thought about that before, the words came out of my mouth alone. The wonderful thing is that now, after 6 years from that event, I prepare to become a monk.

While reading that book I lost the notion of time and space for some moments and I saw Starets Paisios keeping my mother by the hand. I shuddered because it seemed to me that what I saw was happening in reality.

I related this story to an experienced elder who told me that this was a true vision, not a devilish hallucination. After that I started to go to the church on every Sunday and on  the religious holidays. In 1996, shortly before Christmas, after I had made my first confession I felt an inexpressible joy.  I had never felt such a great joy in my entire life. Only Christ can bring peace in a soul.

In May 2002 I was blessed to have the chance to go and worship the holy place of Panaguda. As long as I stayed there I repeatedly felt an ineffable holy scent. 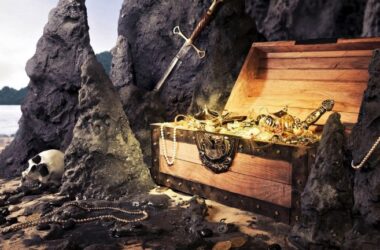 A hermit went into a cave because of the rain and found there a treasure. He went out… 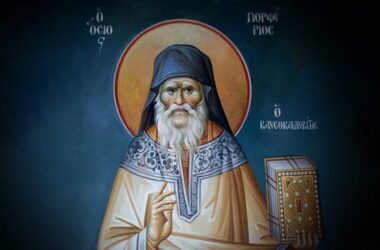 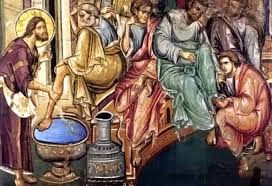 The Jewish Passover was to be celebrated on Friday. So it was the time that truth follow the…