The analysis of the elaborated ecumenist document for the upcoming Holy Great Council (2016): “THE RELATIONS OF THE ORTHODOX CHURCH WITH THE REST OF THE CHRISTIAN WORLD”

To his Eminence VLADIMIR OF CHISINAU AND MOLDAVIA, Metropolitan of Chisinau and entire Moldavia, permanent member of the Permanent Council of the Church of Russia.

Regarding the summoning of the Holy Council of the Russian Church, I would piously like to draw your attention to some suggestions and theological observations referring to the already published texts of the Pre-Synodal Pan-orthodox Conference V that you will soon approach to decide on them on a synodal level.

My theological remarks focus on the text entitled:

The aforementioned text reveals an entire chain of inconsistencies and even theological contradictions. Thus, article 1 proclaims the consciousness of the Orthodox Church, considering it – verily – “The One, Holy, Catholic and Apostolic Church”. However, article 6 includes a formulation that thwarts with the aforementioned article (1). It is mentioned therein “the Orthodox Church acknowledges the historical existence of other Churches and Christian Confessions that are not in communion with it”.

Here we raise the following very entitled theological question: If the Church is “ONE”, according to the Symbol of Confession and the consciousness of Orthodox Church (Art 1), how come then it refers to other Christian Churches? It is obvious that these Churches are the heterodox ones.

However, at no point the heterodox “Churches” are entitled to be called “Churches” by the Orthodox because if we approach the thing on a dogmatic viewpoint, it will not be possible to talk about a pluralism of “Churches” that have different dogmas, meaning in many dogmatic aspects. Thereby, as long as these “Churches” stay unchanged in the heresies of their faith, it is wrong to acknowledge them from a theological viewpoint – on an institutional level – the character of Church as long as they are not part of the “One, Holy, Catholic and Apostolic Church”.

In the same article (6) there is another serious theological contradiction. At the beginning of this article the following statement was made: “The unity by whom the Church is distinguished in her ontological nature is impossible to shatter”, however at the end of same article is stated that the Orthodox Church, through its participation to the Ecumenical Movement, “pursues an objective goal – to tread the path to unity.”

Hence, we rise the question: As long as the unity of Church is a fact, then what kind of unity is pursued through the Ecumenical Movement?” Could it refer to the return of western Christians to the ONE and only Church? Yet this conclusion is unlikely to understand from the wording and spirit of the text in its entirety. On the contrary, it gives the impression that the schism from the bosom of the Church is a fact and the perspectives of the participants to dialogue focus exactly on the fragmented unity of Church.

Through its ambiguity, article 20 from the text as well leads to a theological clutter as it states: “The prospects for conducting theological dialogues between the Orthodox Church and other Christian Churches and confessions shall always be derived from the canonical criteria of the established Church Tradition (canon 7 of the Second Ecumenical Council and canon 95 of the Quinisext Ecumenical Council).”

However, the canon 7 of the Second Ecumenical Council and canon 95 of the Quinisext Ecumenical Council tell about the acknowledgement of the Baptism2 of some heretics, who express their wish to become part of the Church. Nevertheless, the wording and spirit of the text, judged from a theological viewpoint, shows that by no means is mentioned the return of the heterodox to The One Church, the Orthodox Church. On the contrary, the validity of the Baptism of heterodox is considered from the very beginning to be a matter of course – even without a pan-orthodox decision on this matter. In other words, the text legitimates the “baptismal theology”. In the same time, it is deliberately ignored that the contemporary heterodox from West (Roman-Catholics and Protestants) have not only one but a multitude of dogmas that separate them from the Orthodox Faith (besides Filioque, the created grace of Sacraments, primacy, infallibility, disclaim of icons and decisions of Ecumenical Synods, etc.)

Article 21 as well raises some legitimate question marks, stating that “the Church has a favorable view on the theological documents adopted by the Commission (meaning the “Faith and Order” Committee)… regarding the approaching way of the Churches.” We have to point out here that these texts were not debated by the Synods of Local Orthodox Churches. Eventually, article 22 suggests that the upcoming Holy Great Council relies on the premise of infallibility regarding its decisions as it considers that “the preservation of the true Orthodox faith is only possible thanks to the conciliar structure which since ancient times has been for the Church the strong and final criterion in matters of faith”. This article overlooks the historical fact that in the Orthodox Church the decisive factor is represented by the dogmatic vigilant consciousness of the pleroma of the Church that in the past happened to validate or even judge as thievish some councils considered to be ecumenical. The synodal system by itself does not automatically ensure the correctness of the orthodox faith. This thing happens only when the synodal bishops have the Holy Spirit dwelling in them as well as the Hypostatic Path, meaning Jesus Christ so that the synodal participants are “successors of the Holy Fathers” in fact.

GENERAL EVALUATION OF THE TEXT

It is obvious that the official texts and their suggestions clearly prove that the authors and their inspiring sources pursue a institutional legitimization of syncretism and Christian ecumenism through a pan-orthodox synodal decision. This act can however be catastrophic for the Orthodox Church. Thereby I humbly propose its total cancellation.

One more theological observation regarding the text “THE SACRAMENT OF MARRIAGE AND ITS IMPEDIMENTS” In article 5 is mentioned: “The marriage of an Orthodox Christian with a non-Orthodox Christian is forbidden in accordance with the canonical acrivia and is not celebrated in the Church (Canon 72 of the Council of Trullo). It can be blessed out of indulgence and love of man if the children from this marriage are to be baptized and raised in the Orthodox Church”.

Hereby, the clear condition that “the children from this marriage are to be baptized and raised in the Orthodox Church” is in contradiction with the theological validation of Marriage as Sacrament of the Orthodox Church and this is due to the children resulted from the marriage – regarding the baptism of children in the Orthodox Church – a fact that might approve the sacredness of mixed marriages, a clearly forbidden act by some canons of the Ecumenical Synods (72 from the Quinisext Ecumenical Council). In other words, a non-ecumenical Council, as the upcoming Holy and Great Synod is, relativizes a clear decision of an Ecumenical Synod, an unacceptable fact.

Therefore, from the theological viewpoint, paragraph 5 needs to be obliterated.

Professor of Aristotel University from Thessaloniki

1I wrote this answer on the request of the Movement of Orthodox Jurists from the Republic of Moldavia, as organizers of the International Orthodox Theological Conference “Inter-religious syncretism” that approached the issue of the Holy Great Council having the blessing of His Eminence Vladimir, Metropolitan of Chisinau and entire Moldavia, in Chisinau, 21st-22nd of January 2016

2It institutionalizes the transformation of oikonomia into a dogma. According to the Orthodox teaching, oikonomia is a temporary deviation from acrivia and canon of faith due to human weakness, in exceptional cases, focusing on the return of people to the right faith, in spite of objective impediments.

Why do we honor the holy relics?

The fourth reason : I don’t go to the church just because it’s on fashion.   Not long time… 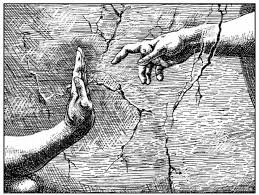 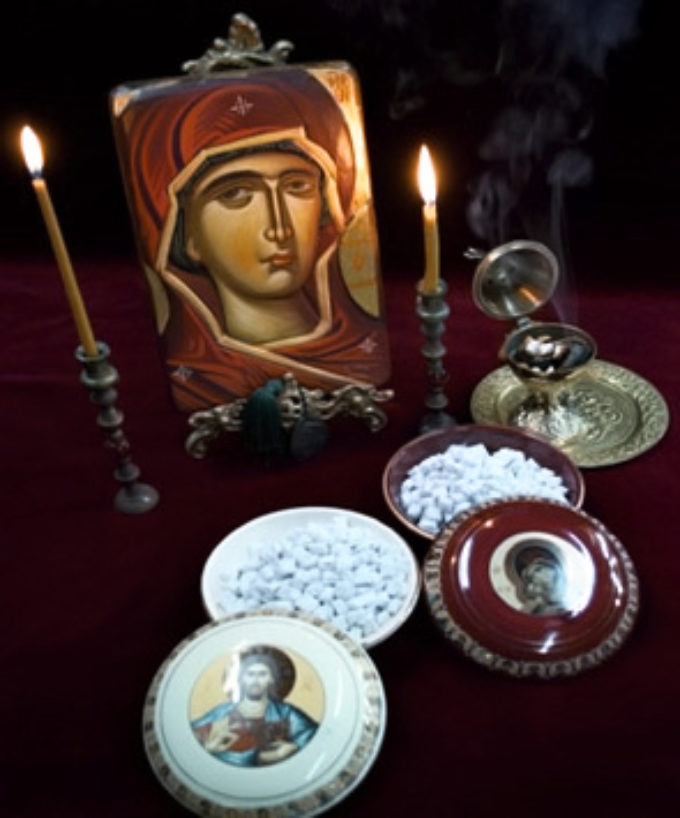