This letter is the foreword of the volume “Dărâmarea idolilor”(The falling Apart of Idols); even though some things are found back in the volume, it comprises useful elements for those who want to know the Christian approach on the neo-pagan phenomena, without being interested in scientific theological studies.

I must confess to you that I was pleased you wrote to me, that you had the openness to write to me and make me a partaker of your worries. The simple fact that you wrote to me in such an honest way, made me eager to pray for your salvation and especially for God to reveal to you the path you have to walk on for your salvation. You know how well acquainted I was with the “spiritual” practices you mentioned. It is only God Who was able to deliver me from them (in a way I feel guilty that I also influenced your desire to have the knowledge of “mysterious truths”; the spell of the East fascinated me so badly that I thought I did not have the right not to tell others about it as well.)

Regarding the concerns expressed in your letter, I will answer more in details in the lines below. Before I answer I would like you to know that I am not proud of whatever doctorates or wisdom. If I am to be proud of something, then I will be allowed to be proud that I am a Christian, a confessor of the Living God, member of the Holy Church that is the Body of Christ…

I know that what I’ll further write to you does not have the power of a letter written by an elder with a holy life. I know my weaknesses and I realize that my arguments will not automatically convince you. You should know, my dear brother, that even if Christ Himself wrote to you, still He would not mechanically convince you (among the people who saw his miracles, there were some as well who did not believe that He was the expected Messiah).

Maybe it is not clear to you. If Christ is powerless, can He convince you? O, brother Thomas, the Almighty God has one single thing He would not do: He does not violate the freedom of men. He does not force us to obey Him and love Him, that is why He does not save us by force. If God did not respect the freedom of people, than Hell wouldn’t exist (what a joy!…) and heaven would be full of people without any personality, robots without a soul, creatures not able to love, and that wouldn’t be heaven anymore. If free love did not exist, then God would for sure save us all by force.

You should know that even if there were more “rational” proofs for the existence of God, He does not want us to have a belief that is limited by an unquestionable proof. Imagine God would sit like a Sphinx placed in the middle of a market. Do you realize how the passers-by would behave? People’s belief would be smashed out on the spot, turned into something taken for granted. If you ask about the purpose of the countless miracles the Church talks about, you should know they had the role to strengthen faith and not to cancel it by turning it into something taken for granted.

You should know that no matter how much scientists try to prove the existence of God, their enterprises are helpless (they can find arguments to strengthen their faith, but not to determine it). Till the end of the world, when Christ will come in full glory and all will know He is the Son of God, nobody is able to cancel this great gift – the freedom of people to believe. This does not mean that God steps out of history, but that – if He hides – He does it only to give people the chance to discover Him and unite with Him. Maybe you ask yourself why the introduction of this letter is a bit too long and why I haven’t yet answered your questions. You suggested a very “slippery ground” for this dialogue, that of of “logics, reason” and you ask me, within its limits, to explain why some priests assess the fact that you have heretic views.

I refuse to have this dialogue on the ground you suggested, because the only thing we will achieve is endlessly displeasing each other. I propose something else to you: to understand the purpose of the Son of God becoming a man, and to be faithful to the Church means to be a member of His mystical Body, a member of the Church. I hope after you read this letter you will see the following two options clearly: either you become part of the Church, and you believe what it teaches you, or you stay back and do not deceivingly pretend you are a Christian.

Maybe this choice seems too tough to you. This is the way life is, tough, and this is how how Judgment will be for the ones who did not know Christ as well. I’m not trying to scare you with the torments of hell – I do not know if you are able to seriously consider them, but still I cannot help mentioning that I am afraid for you (and for anyone who lets himself fooled by the forces of darkness without being aware of it.) Try to understand that for the one who believes that Christ is the Son of God, everything connected to the preaching of the Church directly relates to this, that nothing is artificial and nothing is false and nothing is distorted when we talk about the truths of faith. 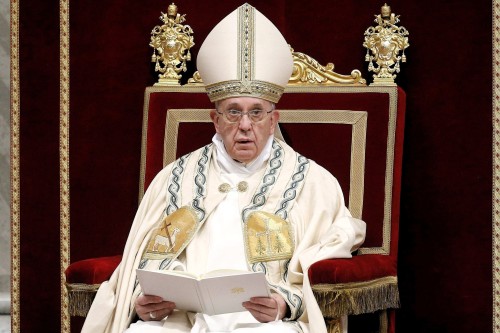 According to the traditional teaching of the Orthodox Church, all people are sinners and lack the glory of… 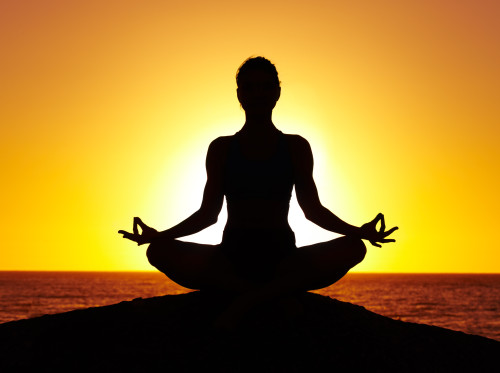 Yoga: A method of destroying the human personality 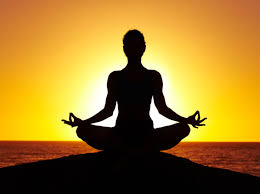