How many times the man, when he wants to begin a work for the love of God, does not wonder saying: `Will I find rest in this work? How will I be able to walk on this path of virtue without toiling? Is it there anything which not to cause exhaustion to my body?

Look how we seek to do everything without effort. But what are you saying, man?

You want to ascend to heaven and enter the Kingdom of God and rejoice of His Glory and delight of the rest of that world and of the living among the angels and gain life without death and you are asking if this path who leads to God has difficulties?

Look at the sailors who run after the things of this deceiving and vain world how they float standing against the frightening waves of the sea. Look again at those from the shore how they dare to cross with the price of their own lives difficult ways and rocky paths and they never say that their way has difficulties and labors.

But what we do is the opposite, wherever we would be we only seek rest and comfort. But if we meditated in any situation at the Sufferings of the Lord, then we will understand that no toil or difficulty is greater than that.

– or became a servant

– or succeeded in gaining a virtue worthy of wonder if before that he did not ignore toil and trouble and did not remove from his soul the tempting desire for rest, which generates recklessness, laziness and fear? Don`t they all weaken the man making him useless for any spiritual work?

Excerpt from the book About temptations, sorrows, pains and patience– Saint Isaac the Syrian the God inspired man, Evanghelismos Publishing , 2012 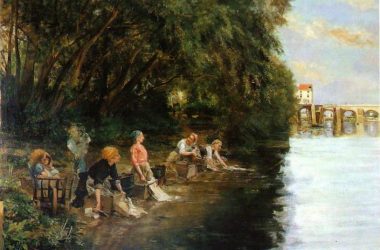 A country priest going to the neighbouring village with some business to do, saw a woman from his… 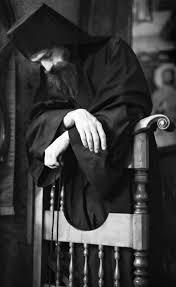