The Christians go for instance to commune and they are attacked by impious thoughts even against the Holy Eucharist. Satan doesn’t hesitate to bring such dirty thoughts so the inexperienced man may get scared and say: What kind of thoughts are these? And how am I going to commune like this? And they are terrible and frightening indeed  and the Christian thinks that he is the cause of those thoughts and they spring from his sinful condition. This convinces him and he gets upset and panics. What is it going to happen now ? Am I going to commune? Or I rather should not? How to do this when I have such thoughts? But all these thoughts are Satan’s to make the man believe that are his and keep him away from the Holy Eucharist or approach it very anxiously and afterwards not being able to feel its benefit.

Thus the Christian must know that these terrible thoughts which come and cannot be told or expressed are not his and he is not guilty for them. They are Satan’s and he has no fault for them. Of course there may be a reason, he might have left a small window open and through it entered some mosquitoes that cause sores, itchiness, anxiety so that we can’t sleep.

The devil doesn’t say it openly but brings these thoughts and from there are aroused all those dirty thoughts during the Holy Eucharist regarding the Person of Christ and Theotokos. And when someone doesn’t have knowledge, he panics. At the beginning it is quite easy to heal himself by despising these thoughts that are not his, are not useful, are not interesting, are not to be taken into account. They go out as they come in.

But when the man who is attacked doesn’t pay attention to what happens the devil will see that he found him, that he is the reason. When the devil doesn’t succeed to open a conversation, he is not content because he is terribly selfish and he wants conversation. He wants to upset the man, to start a fight with him till he convinces him that the thoughts are his and makes him suffer. He is sadistic and exults when he sees that the Christians are tormented, cry and moan. This gives him satisfaction and joy no matter if he gains something when the man faces the thoughts and doesn’t accept them. For this reason the priests recommend this remedy: My son, do not believe them, the thoughts are not yours. Despise them, play the fool. If he tells you one, tell him two.

Like it happened in Greece with an old woman. Of course when she came to me it was already late – as it is the case with such diseases when science takes its hands off and says: We cannot help at all. This old woman had some terrible blasphemous thoughts. I told her many things but she did not receive any therapy at all. You saw her receiving the thoughts tormenting herself and saying:

`It’s not you who blasphemes, grannie.` `These are Satan’s, don’t pay any attention to them!`

`No, no. I blaspheme the Cross and this and that and what can I do? I am lost!`

And she cried, poor woman. As easy is for someone to draw away these thoughts and get free as hard it is later when this situation gets worse.

Satan is ant-lion. Ant and lion. How does he become lion from ant? Ant is when the first thought comes as a challenge. This is a small ant you can crush and end the story. If you let it in slowly it will turn into a bigger ant then he becomes a lion. And when you see the lion you know you have to face a beast. You want to catch him but he has power. The passion, the demon became wild and powerful cause of the recklessness you showed at the beginning and thus the fight is hard and you can’t pull it all out easily.

Excerpt from the book The Art of Salvation, to be published soon by Evanghelismos.

The tips of the saints for practicing virtue

Αrchimandrite Ephrem Philotheos I will tell you the following story: A few years ago, there was a Cypriot… 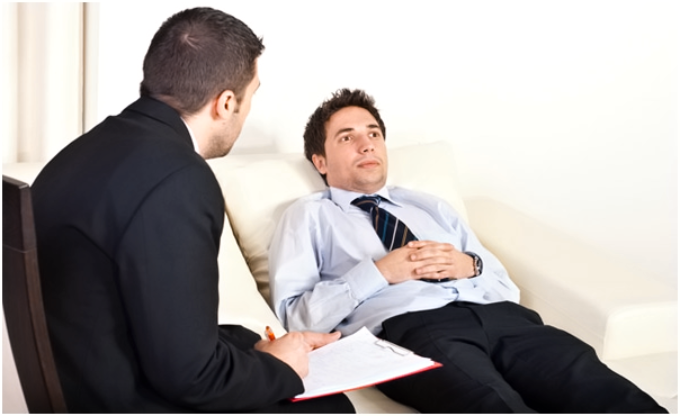 Priest Savatie  Bastovoi No, the psychologist can lead a man to the man, but only to the old…