Christ’s work in the world

The Lord takes care of everything: of the condition of the sand grain from Sahara, of the situation of any galaxy, of my mood, of the birth of any tadpole.

For the material physical world He created laws and everything is governed by them. Is He interested in the inner life of men?

God acts by the laws created by Him but also in a direct way. This last means is usually called miracle. We believe not only in a Creator God but also in a Providential God. The inner life of man is the only important thing for God in this world. God’s providence includes everything but beside this He has given  freewill to men.

It is thought that Jesus Christ spoke in parables to be better understood by the simple men who surrounded Him. But how could they understand these parables if even some more educated men need an interpretation?

You can think of course that in those concrete historical circumstances the parables were more explicit for the listeners than today although even the apostles needed to interpret the Gospel.

The parable conceals and reveals in the same time spiritual truths giving to everyone the chance to understand them according to his education. The parable has a meaning and an image that’s why it is better memorized and requires a more active perception. The epistles of the apostles should not be regarded only as a comment upon the Gospels. They are the continuation of Christ’s teaching during the foundation of the Church and for the most part they are adapted to its needs.

Where can we read about Jesus’ childhood? What did he do from His birth until He started preaching?

All the authentic information that could be found in the ancient traditions about Jesus Christ’s childhood were collected by saint Demetrios of Rostov in the Reading Menaion  (1). The rest are apocryphal, fabrications and sometimes even malicious fakes. Jesus until 30 yo helped the righteous Joseph at carpentry.

`Please help me understand. Where did Jesus Christ save us from? To whom did He bring Himself us a ransom for us, meaning for the entire mankind? And why for the salvation of mankind God had to come on earth to incarnate Himself and die?

Redemption is a mystery and we approach the mystery by symbols and images that must be comprehended in a high spiritual meaning.

The word redemption means that Christ released us from slavery and gave us freedom. First we must understand in what slavery we fell.

Adam potentially comprised the whole mankind : symbolically speaking Adam was the spring of all rivers that water the earth and after his fall into sin in the spring it fell hell and poisoned the whole water. We are born genetically as bearers of the primary sin of Adam. What happened with the man after the fall into sin?

In metaphysical plan this meant the servitude of Adam and of his descendants for the devil who wanted to be higher than God. That’s why mystically we became open for the devil our new master and by the initial sin manifested and multiplied by the personal sins the attraction for sin became a power that acts all the time in the soul of the man. It took place an estrangement of God and man’s egocentrism and selfishness became manifest. The natural powers and attributes got corrupted: the spirit being separated of God closed itself and entered a status of drowsiness. In the soul took place a separation of the mind of the will and feelings. The previous contemplation of the mind was replaced by imagination and analysis. The feelings were stirred and they gave birth to passions, the will became weakened and the steadiness as well. The body stood against the soul by those inborn feelings and attributes that became evil fleshly inclinations. This state of corruption of the man has death as a final outcome. The loss of grace draws after it the decay. The end of this decay is the ash, death. The man the image and likeness of God was made as a ruler of the visible world but after his fall everything is subject to distortion and decay. He cannot bring back what he lost and he cannot recreate himself again. This thing can be done only by God. The redemption of men was an act of divine love for their return to their previous condition of grace. God is absolute love but also a perfect Judge that’s why the consequences for the sins of man as the pain, the decay, the death and the descent to hell God takes them over by His incarnation as a man. The redemption of men made by Christ is the replacement on the cross of the mankind with Himself. At this sacrifice took part both the divine love and justice. You ask: `for whom did Christ offer Himself as ransom for mankind?` He sacrifices Himself and receives the sacrifice. Because as God as a flawless Spirit He cannot renounce at justice and love at Himself, He fulfills love by justice and in this meaning love brings Christ in the sacrifice of the divine justice. The devil, the former master of men does not receive anything from this sacrifice, on the contrary he loses what he had gained. The Lord goes with His soul in hell but His soul is without sin and the hell cannot hold Him. He takes out of hell the souls of our ancestors because they were redeemed by the Sacrifice from Golgotha and the human mind cannot conceive its depth. The sacrifice must be in accordance with the One for whom it is brought and must comprise the whole mankind. But it became extremely high because God the Man sacrificed Himself on the Cross. But for the salvation of man beside the redemption there is a need for sanctification. For this reason for the sacrifice of Christ on the Cross the Holy Spirit descends on earth and founds the Church. The Church sanctifies and changes the souls of the men redeemed by the blood of the Saviour. The Christians are redeemed by the blood of Christ. The sin and death are defeated by Him, the Christians are free metaphysically but the inertia of sin is still active that’s why the life of the Christian is not a passive assimilation of the grace, but a struggle with the sin. The complete differentiation between good and evil will show at the Final Judgment.

The children are not educated by praising them continuously

Nobody should trust in himself but follow in everything the advice of the elders. And he should confess all the secrets of his heart sincerely without hiding anything (I) 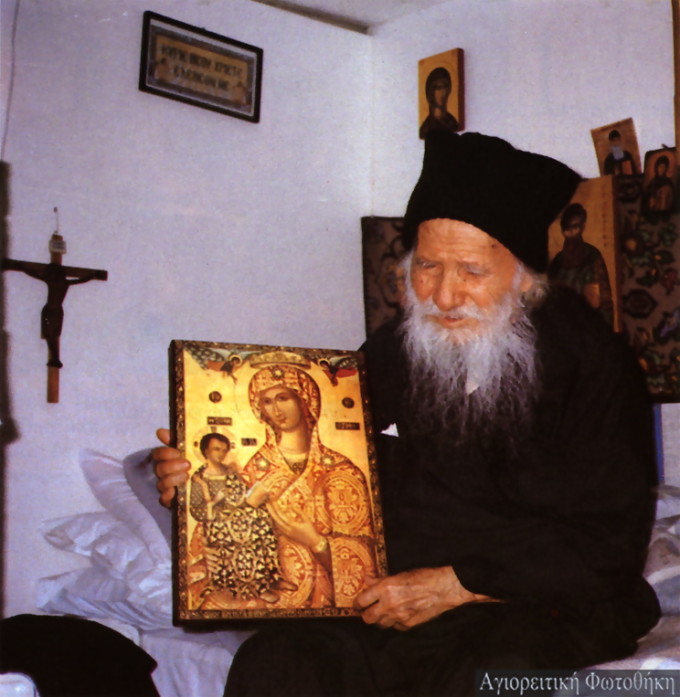 Maro Sideri’s testimony I look over and over again at the icon of elder Porphyrios, of saint Porhyrios… 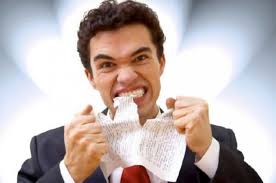 The only proper way for healing sickly nervousness goes through the true Orthodox faith, through repentance and the…