Because God created the skies and the earth and everything that exists, as we are told by the Holy Scripture :

In the beginning God created the heavens and the earth.  (Genesis I, 1). The psalmist praises Him for His almighty power: `In his hand are the depths of the earth; the heights of the mountains are his also. The sea is his, for he made it,    and his hands formed the dry land.` (Psalm 95, 4-5). God created everything out of nothing. At the Creation participate all the three persons of the Holy Trinity. Saint Paul tells us about the participation of the Word at the Creation of the world saying: `

`For in him all things were created: things in heaven and on earth, visible and invisible, whether thrones or powers or rulers or authorities;all things have been created through him and for him.` (Collossians I, 16). The Holy Scripture testifies about the participation of the Holy Ghost : ` the Spirit of God was hovering over the waters.` (Genesis 1,2). God created the world in time, in a certain order, aiming to make it be happy and glorify God.

This word refers at the unseen world, namely at the angels, as saint Paul explains it to us, who after the above mentioned quote adds: `

whether thrones or powers or rulers or authorities;all things have been created through him and for him. (Collossians I, 16). These words refer at the angels as we are about to see in what follows.

Both the Holy Scripture and the Holy Tradition teach us that the invisible world, the world of the angels was created first. God tells to Job:

7When the morning stars sang together and all the sons of God shouted for joy? (Job XXXVIII, 7). The angels were created first tells us the pastor of Herma. By the word `heavens` from the first verse of Genesis ` In the beginning God created the heavens and the earth` it is understood the invisible world of heavens, the angels.

God created the angels from nothing. It was wnough for Him to want his to bring them to light. He created them out of His kindness.

The angels are spirits, bodiless beings with mind, will and power, as the Holy Scripture tells us: `Who makes His angels spirits and His servants flames of fire.`(Psalm 104,4) and as the Holy Tradition attests it. The beings with mind and intellect are the angels and the men. The angels are rational bodiless beings. They are understanding natures, because they are bodiless and they were created to live above, in light places having a light and swift nature.

The angels are immaterial, because they are bodiless. That is why although the angels can speak between themselves they don’t need speech, nor ears, expressing their thoughts and decisions without any spoken word. When apostle Paul speaks about the language of the angels (I Corinthians XIII,1) he does not mention any bodies, only shows the way the angels speak. In the same way when he speaks about the `knee of the heavenly ones and of the earthly ones and of what is underground` (Philippians II,10) he does not refer at knees and bones, but shows the worship due to God in our human way of understanding that. The angels are called bodiless and immaterial in comparison with us.

The angels are free, having their own free will and decisions as it is shown in the fall of Lucifer. The angels are intelligent and in continuous movement and they are knowing creatures. Although the angels have a higher knowledge than ours they don’t know what lies in our hearts nor what is in the future. This shows they are limited.`Who began to exist, says blessed Thedore, has a limited existence.` The word of the Savior tells us the same when He says that every man is in the care of an angel (Matthew XVIII,10) That is why the angels occupy places and they made themselves be seen by the worthy ones in the form of common people. Being limited they are not everywhere. They are present where they are sent. When they are in the heavens they are not on earth. When they are sent by God on earth they are not in heaven. Although they are limited, they are not impeded by walls, doors, locks and seals. To whom God allows them to be seen they do not appear as they are but in a change form to be seen.

The angels do not represent holiness itself. They have holiness from the Holy Ghost. The holiness being outside their being brings them perfection by communion with the Holy Spirit. They keep their worthiness by their persistence in good, having free will in making choices and never falling from the honor to stand beside the Kind One. The heavenly powers are not holy by their nature. Otherwise there would be no difference between them and the Holy Spirit. They have from the Holy Spirit a degree of holiness in accordance with their nature. They get immortality by grace and share enlightment and grace according to their worthiness and their rank. The angels had from the beginning a holiness given at the genesis. They want and seek goodness according to their love for God and they receive holiness due to this. Between them and the Holy Ghost is this difference, the Holy Ghost has holiness by His nature while the angels have holiness by communion.

Many angels gaining eternal bliss have been strengthened in good. They were elevated at a level above their nature and if they cannot commit anymore wrongs is not due to their nature but to the grace of God.

The word angel comes from Latin and it means herald. The angels have among others the role of announcing the will of God as archangel Gabriel announced Virgin Mary that she was to give birth to the Savior (Luke I, 26-38) and priest Zechariah that he and his wife would have a son (Luke I, 11-19) The number of the angels is huge. The Holy Fathers say there are nine orders of angels. Pseudo Dionysius Areopagite  divides them in three series of three. The first triad is all the time around God in direct communion with Him and it is formed of the seraphims with the seven wings by the cherubims with many eyes and by the holy thrones. The second triad is formed of the dominions, virtues and powers. The third triad is formed of the principalities, archangels and angels.

We saw that they are the heralds of the will or of the decisions of God. Some of them as pure natures, with no inclination towards evil or hardly moved towards something f this kind are moving permanently around the First Cause. They sing the praises of the divine glorification, they watch without cease the eternal glory, not for the glorification of God but to grant blessings to the first natures after God

The angels serve God for our salvation. The angelic work is this: to do everything for the salvation of brothers, as saint John Chrysostom says. After we have fallen into sin God doesn’t leave us without His support. He sends us an angel to help us in our life. The angels are powerful and ready to accomplish the divine will. The angels are the protectors of men. Every man has a guardian angel. The Savior Himself assures us of this when he says: `See that you do not despise one of these little ones. For I tell you that their angels in heaven always see the face of my Father in heaven.`(Matthew XVIII,10)

Every man has two angels, one good and one bad. We find this from the good or bad thoughts from our hearts. Some of the angels like the archangels, protect peoples as it was shown by Moses and Daniel (Deuteronomy  XXXII, 8; Daniel X, 5).

Not all the angels are good. There are some evil angels whon are called demons. They tempt men and inspire them wicked thoughts. They can lead human mind astray, leading men to the violation of the divine commandments. The devil or Satan can even kill people as the Savior says:

He was a murderer from the beginning, not holding to the truth, for there is no truth in him. When he lies, he speaks his native language, for he is a liar and the father of lies. (John VIII, 44). Saint Peter urges the believers like this:

Be alert and of sober mind. Your enemy the devil prowls around like a roaring lion looking for someone to devour. (I Petru 5, 8).

When God send us His guardian angel Satan sends us his evil angel to destroy our life. The man is between these two who have opposite aims and try to defeat one another. But the devil doesn’t force the man to sin, only tempts him. The devil cannot d any harm to the man or any other creature if he doesn’t have the divine permission. It is known the case of Job (Job I, 12; II, 6) and of the devils who besought the Savior saying: `If thou cast us out, suffer us to go away into the herd of swine.  And he said unto them, Go. And when they were come out, they went into the herd of swine: and, behold, the whole herd of swine ran violently down a steep place into the sea, and perished in the waters.` (Matthew VIII, 31, 32).

This wickedness comes from selfishness and pride. God created them good as He created everything that exists (Genesis I,31) but they violated the commandment of being obedient to God and they were thrown in the deepest darkness as the Scripture says:

And the angels who did not stay within their own position of authority, but left their proper dwelling, he has kept in eternal chains under gloomy darkness until the judgment of the great day (Judas I, 6). By the punishment with the eternal fire (Matthew XXV, 41), Satan and his angels are doomed for eternity and they can never receive the divine grace. 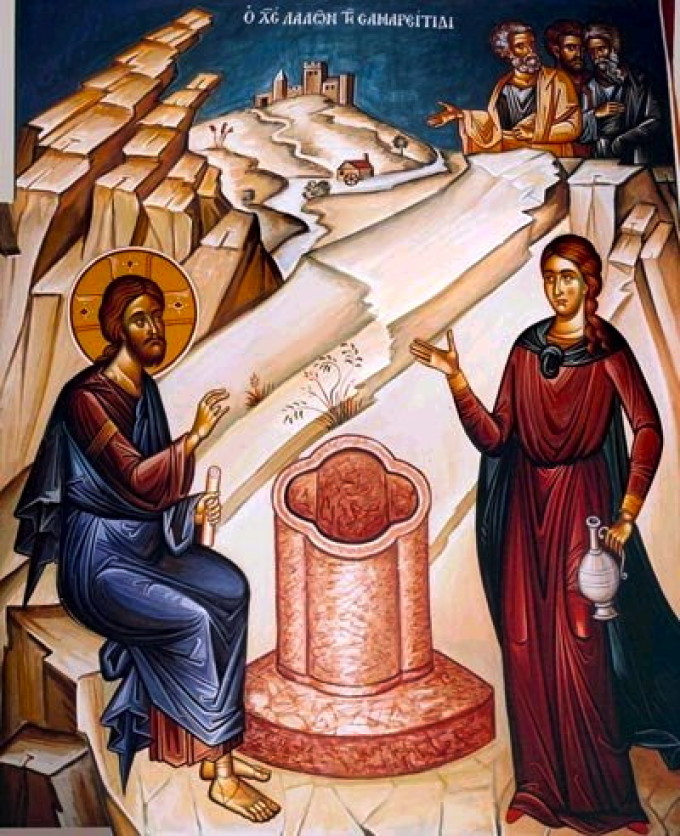 A student complained one day to his teacher that he didn’t encounter God. The teacher answered: `If you… 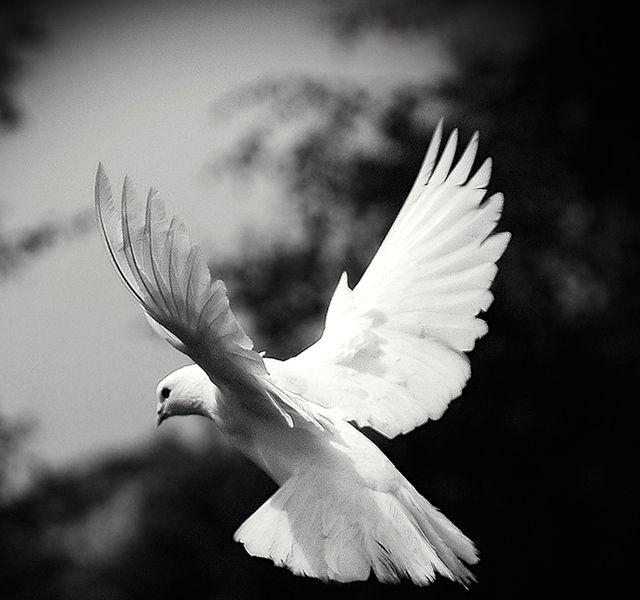 The Holy Spirit, the Comforter (I)

Saint Nikolai Velimirovich When the seed is sowed, the power of the heat and of the light must… 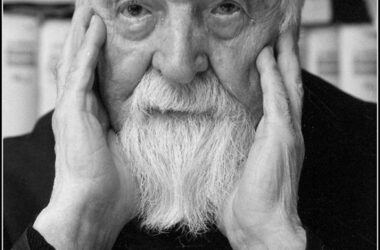 What do I gain if I pray for someone else?

Who prays for someone else, gains a lot for himself, as he makes a gesture of love and…