The cause of ignorance

The cause of ignorance is the low and worldly thinking of man, the brutish life, as saint Basil the Great calls it. Thus the mind cannot perceive the divine realities and states. Therefore ignorance is the result of sin, of the man’s fall and of his enslavement to his own will, of his estrangement from God. Who fell from the divine love has inside himself as a ruler the law of the flesh. And this condition doesn’t allow him to fulfill any commandment of God. Because instead of virtues he preferred a life fond of pleasures, ultimately instead of knowing God he comes to ignoring him, as saint Maximus emphasizes. Our recklessness in knowing the gifts of God led us to idleness and this one made us be dominated by oblivion and this is the cause that made us be ruled by ignorance. (Saint Mark)

Ignorance separates the soul from his union with God and makes the man completely irrational and unfeeling. Who falls into ignorance doesn’t know the judgments of God. He argues with those who rebuke him and he consider as stupid those who forgive him. When he becomes rich he behaves boastfully and when he gets poor he is a hypocrite. When he lives in comfort falls into debauched shameful deeds and when he is deprived he complains of his fate.

Thus if someone doesn’t acquire with the help of the divine grace the knowledge of truth and the fear of God is badly hurt not only by his passions but by all the saddening things that occur to him.

These are some of the consequences of ignorance in the spiritual world of man.

Saint Maximus tells us that ignorance gives birth to selfishness and tyranny. Ignorance is the cause of our fondness of vainglory and of our love for money.

Saint Theodor of Edessa says : Therefore you must take care of the first good thing, to get a right opinion about beings and then to give wings to your will to fly to the first good and despise all earthly things and be aware of their great vaingloriousness.

Ignorance is responsible for deceit and heresy. Ignorance gives birth to haughtiness and this brings deceit. We can say that ignorance is equivalent with deceit. The mendacious devil who is cheating the world exploits the ignorance of men being the one who creates premises and stimulates the apparition of ignorance and of the deceit of all kinds in the case when this thing happens in the spiritual life.

The great adversary of the truth that draws men to destruction is deceit. Deceit causes the dark ignorance that reigns in the souls of the idle ones and estranges men from God. Such people do not recognize Christ Who gave us birth for the second time and enlightened us as God r they believe in Him and recognize Him only in words, but not in deeds. They think that God revealed Himself only to those from the ancient times and He doesn’t do this with us. They think that the testimonies of the Scriptures about God do not have anything to do with them but with others or only with those who wrote them. Thus they blaspheme the teaching about God denying true godliness. They understand the Scriptures only in a worldly way, for not saying in a Jewish way and they negate the possibility of our spiritual rebirth, preferring to live in the tomb of ignorance.

In deceit there are these three passions: faithlessness, cunning and idleness. These three are born from one another and sustain one another. Ignorance is the teacher of cunning, cunning is the companion of idleness and this one has sloth as its symbol.

And vice versa idleness gives birth to cunning as the Lord says : `Perfidious and idle slave.` Cunning is the mother of faithlessness because any perfidious man is unfaithful and who doesn’t have any faith has no fear of God. And from faithlessness is born idleness, the mother of despise that causes the loss of all good and the perpetration of any wickedness.

Fight ignorance with enlightened knowledge by means of which the soul awakens and drives away the darkness of ignorance.

Saint Gregory Palamas, following the pure Orthodox tradition considers absolutely necessary the presence of the starets, of the spiritual confessor who can guide us on the safe path of salvation. If someone wants to get rid of ignorance he should not believe in his thought but ask the starets. The liberation f ignorance is a gift from God. This is given to those who struggle and strive. God seeing the effort made by man takes off the cloud that covers the human mind making him being unable to have a pure sight, wiping out his ignorance and giving him self- knowledge, the knowledge of His mysteries and of His Truth. 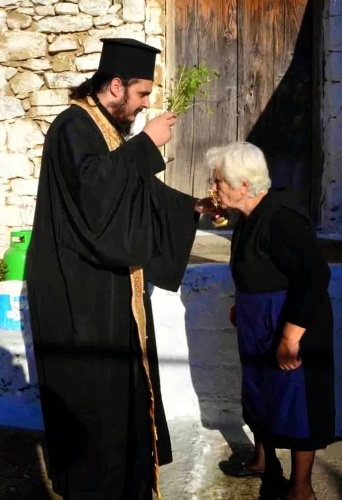 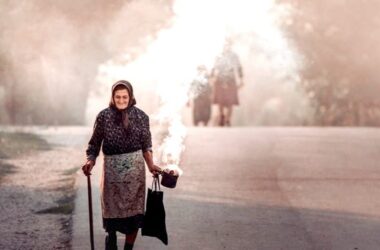