163. If the being of the Father and the Son is one and the persons are two how can we avoid dividing what is one between them and avoid mixing what is different between them?

Evem the previous words from the Creed about the birth of the Son from the Father showed us not only the equality between the Father and the Son but also what is different as the words `of one essence with the Father` shows us what is common for them. Distinct are their so-called personal attributes that the Father and Son cannot change between themselves.

The personal attribute of the Father is that of being a Father, of begetting the Son or of giving existence to the Son by birth, while He has existence from his own.

The personal attribute of the Son is that of being a Son, of being begotten by the Father or of receiving his existence from the Father by birth.

164. Is it possible for the mind to understand the unity of the divine being and the distinction of the persons?

The unity after being and the distinction of the three persons of God is the most incomprehensible mystery of Christianity.

More appropriate would be the comparison with three human persons who by love unite their thoughts, wills and feelings so much that these become common and they seem to have a single soul without stopping to some distinct persons. On the contrary, by this fact each one of them feels richer and happier that is not closed in his loneliness but is loved by the others and loves the others, being with those in a close bond and containing one another somehow. But the men never reach such a love or unity like that existing between the divine persons. But in God there is from eternity a perfect love and a perfect unity. This resemblance without being satisfying gives us the possibility to understand that the mystery of the Holy Trinity is the mystery of the perfect love.

These words mean that everything the Father does the Son does as well thus He created the world through His Son, settle it in the Son and takes care of it through the Son.

Then by these words it is shown once again that the Son is `of the same essence with the Father before all ages.` Because the Father made everything through the Son because He is not separated of the Son, being contained in one another, after essence and work. From the Father comes any work and the Son accomplishes it.

On another hand, the words:  `by whom everything was made` realize the transition to the third article of the Creed that speaks about the incarnation of the Son for the salvation of the men.

166. How do the words `by whom everything was made`realize the transition to the third article that speak about the incarnation of the Son of God for the salvation f the world?

If the Father made everything through His Son then even the salvation of the world he had to achieve by the Son.

Thus if in the Son was everything settled then the Son had to come and gather everything in Himself, in His Love since their bonds with Him had become loose and they were disunited by sin.

For in him all things were created: things in heaven and on earth, visible and invisible, whether thrones or powers or rulers or authorities; all things have been created through him and for him. He is before all things, and in him all things hold together. And he is the head of the body, the church; he is the beginning and the firstborn from among the dead, so that in everything he might have the supremacy.For God was pleased to have all his fullness dwell in him, and through him to reconcile to himself all things, whether things on earth or things in heaven, by making peace through his blood, shed on the cross. (Colossians I, 16-19 and 20).

Created in His image, the man was created to be a son of God himself as Christ is the Son of the Father. And when the face of the man became unclean, He came to restore it, taking a human body and becoming a closer model for men.

167. What is the third article of the Creed?

The third article of the Creed is: ` Who for us men and for our salvation came down from Heaven, and was incarnate of the Holy Spirit and the Virgin Mary, and became man.` `

168. What does this article teach us in its entirety?

The second article raised our sight from earth to heaven telling us that Jesus Christ, who lived with the men on earth is the Only Begotten Son of God, before all ages. The third article take our sight back to earth to accompany this unique and eternal Son of God in His deed of incarnation as a man for our salvation.

170. Do we have any comparison for this mystery?

We find a resemblance in man. But it is not a perfect resemblance because the man is a person with a single nature. But his nature consists of soul and body as Jesus Christ has a divine and a human nature. The soul and the body are not separated and the unique person of man is not divided in two because of these.

The person of man lives in every moment through both and acts through both. When he looks at something, this is achived both by the power of the soul and of the sight. However the soul and the body did not blend or changed themselves so that the soul ceased to be soul or the body to be body.

With Christ is the same. His two natures are united in His unique person in an inseparable and undivided way but without any amalgamation or change.

In the same way are united in an inseparable and undivided way but without amalgamation and change the wills of the two natures. Thus Jesus Christ lived and acted through both natures in an inseparable and unaltered way. When He healed the eye of the blind He touched his eye by His human nature and healed by His divinity. There was a single divine human act accomplished through two natures, by divine and human work, in an inseparable but also unmixed way, because although they lived and worked together the divine nature and work did not turn into human. It was not the human nature that healed and not the divine nature that moved His hand to the eye of the blind.

About God the Son (VII)

BLESSED IS GOD, TAKE AS MUCH WATER YOU NEED! 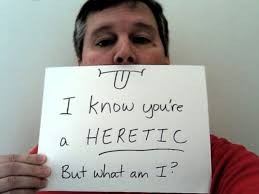 I saw a man standing near a bridge, ready to jump over it. So I yelled at him:… 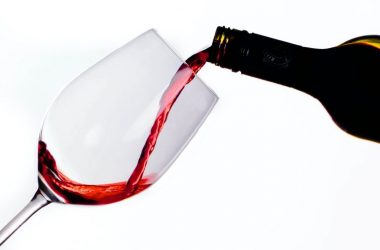 They say about abba Paphnutius that he doesn`t drink wine. But once traveling met a band of robbers…