Blessed Ioannikios had been spending twelve years in the desert when he received a heavenly message: to leave that place and go to dwell in the hermitage called Eristin and put on the monachal robe – since his deeds as remarkable and miraculous as they had been were only preparations for the great fights of the monachal life.

So he arrives that summer at that hermitage and tells about that revelation to Stephen the abbot of the monks from that place. And that one without hesitating read for him the next day the accustomed prayers and gave him the monachal robe. Thus dressed in the monachal schema the man who had been a monk even before that prepared for harder fights than those from before and dedicated himself to harsher ascetic endeavours.

Fame made great Alypius be known everywhere and many souls were called to repentance, both men and women. And because they were many the saint founded two distinct establishments for them, separating the bodies according to their nature – but I may say he did not separate their spirits. To the pious women he gave the order and command to avoid seeing or being seen by men. And they kept that order in such a way that they didn’t accept to meet even their own fathers although the saint urged them to do it – in certain circumstances and at the coming of their death – wanting to show that the command of the spiritual father was more powerful than the natural human bonds.

With these women lived the mother of this pious man and she followed the same orderliness as the others but she did not accept to receive the monachal schema – although as it had been shown she was wondrous in virtue. Her son beseeched her many times but she did not listen, saying that ministration and monarchism were the same but a divine dream made her listen and she ardently asked her son for this. It seemed that she heard in her sleep those pious women singing beautiful psalms. Then her soul sweetened and she wanted to dash into the house where the women were singing to join them. But the guardian from the entrance stood in her way saying that it was not allowed to one who did not have the monachal schema to join the servants of God. Hearing this she felt ashamed and ruffled and she woke up from her sleep  going immediately to the saint and relating her vision and asking insistently to receive what she had fervently refused before. And from that moment she shared the monachal schema with the pious women, resembling them in all the other respects; and when she had sown many seeds of virtue she delighted happily of the imperishable fruits.

Look at the generations of yore and see that all the saints gained the promises by strong patience and persistence. Encourage yourself every day to be found inheritor of the Kingdom of heaven together with them.

Think about patriarch Jacob; didn’t he served Laban the Syrian for fourteen years for Rachel in Mesopotamia, in the heat of the day and in the frost of the night? In the same way blessed Joseph served for long years in a foreign land. Because it is written: Joseph was seventeen when he tended the sheep with his brothers (Genesis  37,2), and again: Joseph was thirty years when he went before the pharaoh (Genesis 41,46). Moses, the servant of God, lived for forty years as a stranger in the land of Madiam. And the sons of Israel entered the promised land after forty years. But before everything see Abraham, after how many long years he received what it had been promised to him. Then all the saints first endures for a long time then they received what was promised. Thus you too wait for God humbly and when the time comes He will raise you and He will make your righteous reward shine like the dawn, your vindication like the noonday sun. (Ps.36,6).

If you became worthy of the holy monachal robe do not pride yourself before those who wait for the next year. When you receive the monachal schema do not say to yourself: `I got free of my sins` but endeavour even harder for virtue and do not damage yourself of the great things you gained. Until now being obliged by the good expected reward, you did not neglect your salvation. And then you were in the outside room and now you entered the inner one. From now it will be obviously shown what path you want: the wide one that leads to death or the narrow one that leads to eternal life. Don’t be careless with yourself so that you won’t lose those you worked for.

Never get out of the cell without your cloak even if you had something to do quickly. But come out dressed in it because it gives you a decent appearance. It is shameful for the monk to walk dressed only in his robe as a proud young man. As it is written: Fast your belt and put on your sandals, take your coat and follow me.` (genesis 12,8)

Our Lord Jesus Christ wouldn’t have gone on the Cross if He hadn’t healed before all the passions of the man, this being the reason why He had come into the world. Before His incarnation the man had been blind and mute, weak and deaf, leprous and lame, killed by everything was against nature. And when He showed His mercy to us He made the lame walk, the blind see, the mute speak and the deaf hear and raised the man again free of all helplessness and then He went on the Cross.

They crucified with Him two robbers: the one from His right glorified Him and prayed Him saying: `Jesus, remember me when you come into your kingdom.` And the one from his left blasphemed Him. The Word shows that the mind before waking from its recklessness is with the enemy. And if our Lord, Jesus Christ raises it from its carelessness and gives it the power to see again and distinguish everything, may go on the cross. Then the enemy stubbornly blasphemes, casting hard words and hoping that the mind will become weak, will give up on its endeavour and get back to recklessness.
This is the meaning of the two robbers that were separated by our Lord, Jesus Christ. One of them blasphemed Him, expecting to make him lose hope. But the other one insisted with his prayers until he heard: Today you will be with Me in heaven. (Luke 23, 43) This is the one who robbed heaven eating from the tree of life.

Abba Dioscorus said: `Brothers, with the grace of God we received the holy schema and we’ve been having it for so long. Let us endeavour so that in times of trouble we are found in the wedding clothes. If we wear our heavenly robe we won’t be naked. But what will we do brothers if we are found without it? Undoubtedly we’ll hear that voice that says: `And throw that worthless servant outside, into the darkness, where there will be weeping and gnashing of teeth.’ (Mt.25,30). Alas, what a sorrow will overwhelm us then ! Alas, what a shame and unbearable sadness we will feel when we see that our spiritual Fathers are taken to the Kingdom of heaven and we are taken out by the angels of punishment to the darkness from outside and to the eternal blaze.

The catechumen should be taught for three years. But if he is zealous and has goodwill he should be received sooner. Because it is taken into consideration the way the man is and not the time.

[i] We preferred for the adjective voητόϛ the translation of `thought`(already established in the religious writings). The term speaks about the things that are seized/perceived by mind.

Even if we repent, the signs of the sin remain in our soul 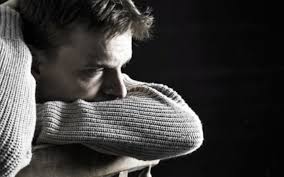 The healing of depression

Depression (from the Latin word depressio – constriction, pressure) is the downcast frame of mind, followed by drowsiness,… 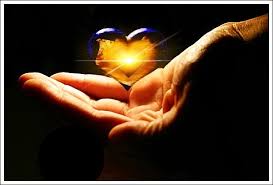 What is the mirror of your heart ?

The spiritual sense which we acquire when we have a good conscience and hardihood before God. When I…

CHARITY HELPS A LOT THE REPOSED ONES