The blessed Singlitichia said: In this world we are like in a second womb of a mother. Because when we were in our mother’s womb we didn’t have the same kind of life as we do now: we didn’t eat solid food, we couldn’t do the things we do now, we didn’t enjoy the light of the sun or any other bright thing and we missed many other pleasures we have here. In the same way in this world we lack great and wondrous things from the kingdom of heaven. So after we’ve tried enough those from here let’s desire those from above. Did we taste the food from here? Let’s crave the divine one! Did we delight ourselves with the material world? [1] Let’s crave intensely to see the Sun of justice, the Jerusalem from above as being our homeland and our mother. Let’s spend the rest of our life led by the hopes in the hereafter so that we may delight ourselves of the eternal goodies.

Thus like the babies born after they evolved in the womb and  coming from a poor life and nourishment to a higher kind of living, in the same way the righteous who evolve by spending their life in the world, move to the life from above as it is written going from power to power.[2] But the sinners are given from darkness to darkness like the baby who is born dead. Because even if they live on earth, being addicted to the earthly things they live like in darkness and after they die are took to even darker places, even lower.

So in life we are born thrice: once from our mother’s womb, when we come from earth to earth. Then by the other two births we move from earth to heaven.

From these the first one is due to grace, by the divine baptism which we rightly call  rebirth and the second one is due to repentance and good painstaking. And the last  is that one we experience today.

An elder said: do not wonder if you can become an angel from a man. Because before us is a glory similar with that of the angels and this is promised to the strugglers by the One who ordains the fight.

Abba Iperehie said: Focus your mind ceaselessly on the kingdom of heaven and you shall inherit it in a short time.

The brothers implored one of the elders to stop his great toils. And he answered: I tell you sons that even Abraham seeing the stunning gift from heaven will regret that he didn’t struggled more.

Brothers, great and boundless is for the mind the glory prepared for the saints while the glory of this life goes away like a flower that withers quickly and like the greenness of the grass.[3]  Many kings and emperors reigned over countless lands and cities and in a short time their remembrance vanished away as if it had never been. So many emperors who reigned over many peoples made for themselves sculptures and monuments thinking that due to these they would be remembered after their death. But others came and destroyed the statues. At some of these they removed only the faces and replaced them with theirs. But even these were destroyed by others.

Others had built great tombs thinking that they could gain an eternal name by them, engraving their faces above them. But other people came after them and their tombs got into their possession. And those wanted to clean the tombs and removed the old bones as if it were pebbles. So what was their gain from their precious coffin or pyramid? Cause all the vain works end in nothingness.

But with those who are glorified in God it doesn’t happen this. Because He prepared for them eternal life and glory. The light of the sun, the moon and the stars didn’t fade from their creation until now but stays as bright as fresh and as resplendent as before due to what the Creator had ordained from the very beginning that they were to rule over day and night [5]. In the same way God ordained for those who love Him the kingdom of heaven and endless joy.

And since He is True in what is seen He is undoubtedly the same in the unseen. Cause those from here will pass when the Creator wills, but the glory of the saints will have no end. Let’s strive then to bear worthy fruits of repentance so that we might not be thrown away in the eternal darkness where the pain is unbearable.

So enter your room, close your doors and windows, cover any source of light, stay there inside and know how painful darkness is. So if you suffer like this here when you stay without pain or torment although is in your power to go back to light after a short time, can you understand what pain means the darkness from the outside where are the cry and the gnashing of the teeth and the unquenchable fire that punishes for eternity those who were sent there once and for all.

Let’s think about the shame that will overwhelm us even before being condemned, when we would see the saints clad in a bright and undescribable robe they prepared for themselves by their good deeds. While we will see ourselves not only deprived of that bright glory but darkened and full of stench according to what we had prepared for ourselves with the life we lived here, with the works of the darkness, with our pleasures and delights. Let’s cry then before God our Lord so that we may find mercy from Him.

Our strife is not for money; cause if someone is robbed of this may gain other money instead. The danger lurks our soul. If we lose it we can’t save it anymore, according to what’s written:

What good will it be for someone to gain the whole world, yet forfeit their soul? Or what can anyone give in exchange for their soul? [6]

Let’s think that the soldiers from this world because they receive prizes from the earthly emperor they risk their life for it till their death. We, who received such promises, are bound even more not to hold back in doing good so that we may escape of the judgment to come and gain the good things that are above any thought. Let’s think about this as well: we can’t bear the scorching heat of the sun so how will we bear the blaze of the eternal fire that burns without cease and doesn’t consume?

And if you want make an experiment here and you’ll know from the material fire that unbearable torment. Light a torch and touch the flame with the tip of your finger and if you can endure that pain maybe you will be able to endure that pain from there as well. But if you can’t endure even this small pain caused by this small flame what we’ll do when the whole body and soul are thrown in that unquenchable and terrible fire?

Think about the honor gained by the saints. And their zeal will draw you little by little. Also remember the disgrace that the sinners had to bear and this thought will keep you away of all evil.

If God the Word of God the Father became Son of man and man in order to make gods and sons of God from men then  we should believe that we’d reach that place where is Christ now, above all skies [8] Head of the whole body [of the Church] and Forerunner for us as a man to the Father. Because in the gathering of the gods, meaning of those who will be saved, in the middle will be God distributing the honors of the heavenly happiness  without being any difference of place between Him and the worthy ones.

Some say that the Kingdom of Heaven is the heavenly feasting of the worthy ones, others say that it is the condition of those who are saved which resembles that of the angels and some others say that it is the look of divine beauty of those who are the image of the Heavenly One.[11] I consider that all these three opinions are true. Since everyone receives the grace to come according to his righteousness.

Nobody can reach God if he is not close to people 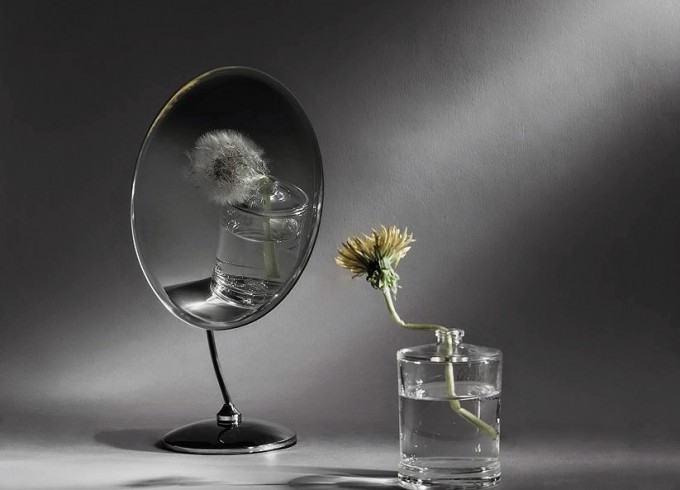 Everyone gives what’s in his soul

One day a rich man gave a basket with garbage to a poor. The poor smiled and left… 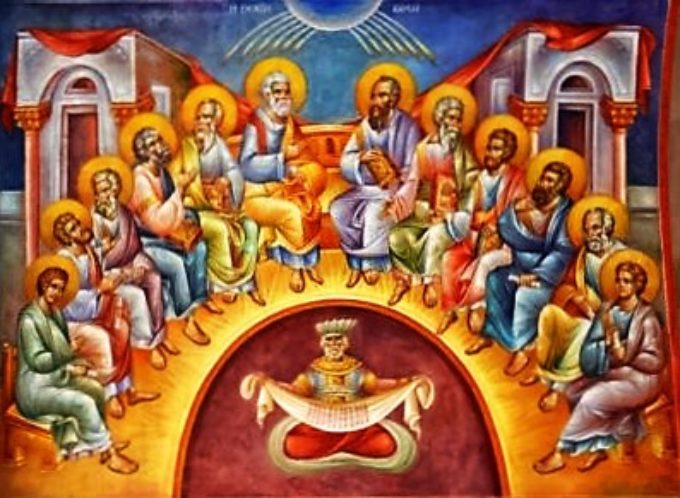 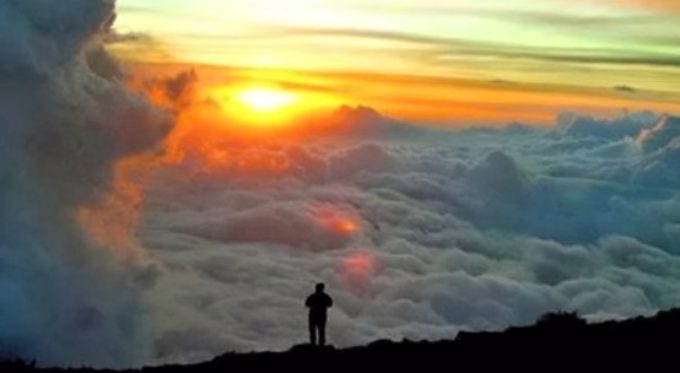