Adapted after a fable by Esop

A child stole once the pencil box of his colleague. He brought it home and terribly glad he showed it to his mother. She did not rebuke him at all nor even explain to her son that what he had done was not right, on the contrary, she praised him for his deed.

After a few days the child brought at home the coar of one of his colleagues. His mother received that gladly. They had many difficulties and the coat was exactly what her son needed. It was supposed to keep him warm in winter.

The boy was growing and in the same time his desire to steal was growing. He stole fruits from the market, stole various things from the store, he stole what he liked from the items belonging to his colleagues.

When he became a strong youngster he started to break into the homes of his neighbors and steal without any hesitation the most valuable things.

Once they caught him red-handed while he was getting out of the house of a granny he had just robbed. The news spread in the entire land. The policemen put him handcuffs and led him to the judge. In front of the court a big crowd was gathered.

There had come the mother of the young man as well and she cried aloud that her son was not guilty and protested because they kept him tied up.

Before entering the court the young man stopped and he seemed to ask something from his guardians. They seemed to allow him do what he had asked.

`Mother, I want to tell you something`, the young man cried.

The crowd remained silent and his mother ran to embrace him. Bending his head towards his mother, he bit her wildly of her ear.

His mother started whining and the crowd cried against him:

He is not only a thief, but he is also disrespectful with his mother and he is a shameless scoundrel, the people cried, wanting to kill him.

They entered the court. The cries of the crowd and the fury of the people did not decrease, but grew in intensity. Immediately after they entered the judges wanted to know what had happened.

Shame on you, young man! For theft we might have judged you indulgently but for your wild and disrespectful behavior with your mother we shall be extremely severe, said the president of the court.

If you allow me, I would like to say some words, the young man said, extremely troubled.

Say then what you want to say about what happened, the president invited him.

15 y.o when I was only 6 and did not know what was right and what wrong I stole the pencil box of my friend and brought it home. I showed it to my mother and she was glad. I saw that in her eyes. She didn’t tell me  a word to show me that it was wrong what I had done. She did not tell me what I should have done. Later I brought home a coat, then a melon, the stolen money. If she had rebuked me then, at the beginning, I wouldn’t have come here tied in front of the court. That was all he was able to say before bursting into tears.

The judges and the people who were there and listened his words, saddened a lot because of that.

We have to hit the evil when it is still small, before it starts to grow and strengthen. And the parents have a great responsibility for their children. They should not be sorry to rebuke or punish their children when the rebuke and punishment are for their benefit. 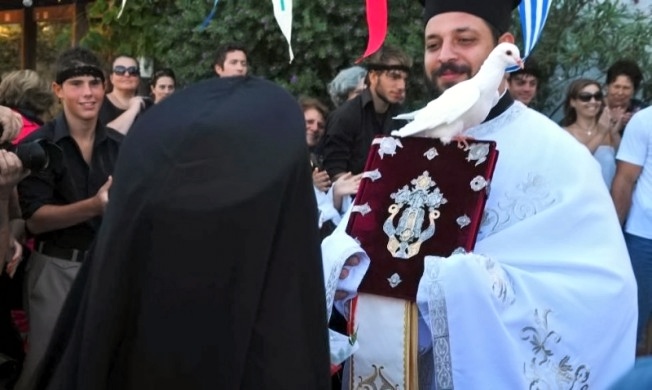 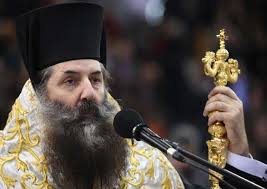 Metropolitan Seraphim of Piraeus: What were the criteria of selection of the representative bishops for the upcoming Council? It is an unheard of situation! 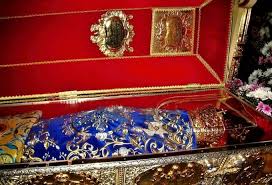 The girl who was crying with her hand on the reliquary

I graduated university and I had been abroad with a scholarship. During college I had fallen in love…