Life becomes increasingly busier, thing which impedes us realize how much we damage the spiritual development of our children.

For a Christian Orthodox aware of being a parent, this involves hard work indeed, but it worth the effort. We inherited faith, wisdom and experience which we can truly give to our children, if we are careful. But if we aren’t careful, we can do more harm than good.

Some parents feed themselves with illusions, considering that their children aim to use these devices in educational purposes. Let’s not delude ourselves. The internet and the television might become a playground for the devil when there is no supervision. The responsibility of the parent is to protect the childish innocence as long as it’s possible.

On the internet there is a huge flow of dangerous and dirty trash, which can easily instill into the innocent minds of our children some absolutely useless ideas. Their souls are like some flowers ready to bloom. Don’t destroy their spiritual growth with worldly demons. What about the messages? Why would they need these messages for at this age? You’ve seen for sure around you lately all the children glued to their phones, being so hooked on them that they are not able to leave them not even for a short time.

For God’s sake, don’t let them lose more of their childish beauty. Let your children be children and live their age. Disconnect them from networks, cause they don’t know how to do this themselves and they need your direct support.

As it happens with the smartphones we talked about above, it is the same with the internet which is so full of temptations the children are not prepared to cope with. The statistics show that a nine years old child is already exposed to porno when navigating on the internet. Don’t place any computer in their room. And if you’ve already done this, then move it in another place from the house where is more at sight so that the child can be monitored. Think that what matters is the innocence of a child’s soul. Our children for instance work at the computer which is in the living room, where we can see the display too. They cannot log in without our password and we don’t allow them to waste more than two hours in front of it (this is the time recommended by the American Academy of Pediatrics) with the due breaks. Then we send the children outside to breathe some fresh air and to do everything you’d expect a child to do, meaning to play.

We should delay as much as we can these dates. Why? I don’t agree that by exposing our children to temptations we do the best for them. If it happened that we had dates at a young age and we returned home safe and sound this doesn’t mean that our children will share the same fate. The dangers of ITS remain still high. Take into account that the precocious sexual relationships increase the risk of depression and lead to suicide. For the moment it is enough to confine themselves to worry about their homework, sport and of course school. A date may seem something quite nice, but when they come home with a herpes or even worse, pregnant, then it’s no longer pleasant at all.

In a world in which the word religion is regarded as a bad one and when the children hear all the time that the holy canons have no importance, the church is absolutely necessary. We don’t pray as much as we should. We should be seen by our children praying and giving priority to our going to the church. Even if they tell you they don’t want to go, send them by force. You are the parents after all. The children need standards and they should take you as an example of the one who makes efforts to put God above all.

Some things are not Christian, no matter how hard we’d try to make they look like they were. Even if there are some correct alternatives, we cannot christianize them all. Unfortunately some dances from school turned into a show window of outrageous immorality. We got stunned when our daughter informed us that in the school year that had just ended, the dance they had presented included a erotical moment and then they were offered alcoholic beverages. It may seem unbelievable. But that’s right the way it is.

But the children escaped easily because their parents were afraid to say anything against it.

At the scene depicted below add some songs with sexual lyrics, pressures coming from the people of the same age, the hormones and brains which haven’t gelled yet and the recipe for the absolute leveling of a teenager becomes reality.

We should find some ways to take care that the parties of our children won’t include anything immoral. Instead of a dance like that school dance we should give them another possibility of celebration. Let us not be sorry if we spend more so that our children would be protected from the danger of falling into temptation. Why would we waste our time supervising our children at such a cheap feast when we could offer them a nicer and purer alternative.

I’m shocked when I hear so many parents saying they have no idea where their children are. I agree that friends are important but family is the one who’s beside you all the time.

The parents shouldn’t feel embarrassed to ask their children to come back home when it gets dark. They should also ask them where they had been till that hour.

Don’t allow the children go to the malls. What good thing would they gain from such escapades? Enroll them in youth groups organized by the Church, in volunteer and sport organizations, but even here pay attention how much time they waste aimlessly with their friends, who don’t always have the best influence. Don’t let them dominate you and put you at the corner. It’s good to put your foot down and say no to some of the activities they want to do. When they realize that you love and respect them, then they’ll understand (this may happen when they are 30 y.o) and they will be grateful to you later.

Do your children do any daily chores? If they don’t, why is it so? Think that you deprive them of some precious opportunities to develop their self-confidence and to acquire useful abilities for their life. Besides this, because you live under the same roof, you shouldn’t become their servants. I think it goes without saying.

Some days ago two teenagers entered the gate before me and left it open so that it hit me right in the forehead and they continued to talk without looking back. When I enter a place, I must keep the gate open for the next person who comes after me. We should teach our children this thing, to look back at the person who comes after them. Teach them to say sorry when they collide with someone or step on his foot by mistake. You will act well if you teach them to respect and honor the people around them as we are taught by our faith.

There will come a day when our children would be alone and would have to pay their taxes. Teach them from an early age that for earning money they will have to work. Make them work for earning their pocket money. Teach them to give 10% for alms, as the Holy Scripture teaches us and explain to them what means to invest. Solomon’s parables are the best lessons for learning how important is to be wary with the money and how to plan their future. It is also right to give some money to your children but take heed. The children take the money easily, but without realizing its value.

There is no plan or guide which to show you how to raise your children, morally speaking, in this world that is increasingly immoral. Do not lose hope, since we have more inner power than we imagine.

It’s very helpful to remember that we have the Church of Christ which guides us and that there are many other friends and Orthodox families who face the same kind of temptations.

It is very important the fact that sometimes we have to deal with difficult situations, assuming unexpected responsibilities. However our children want us to be strong and show them the right path. 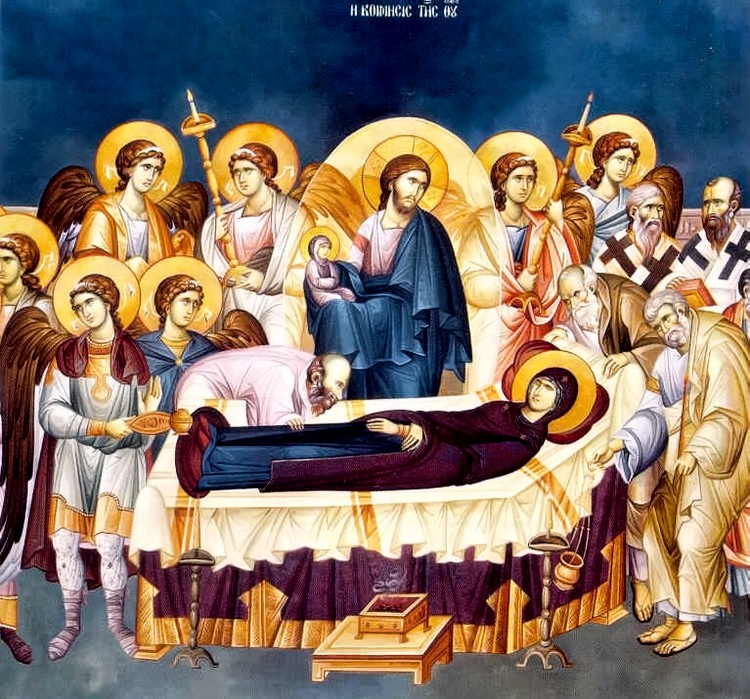 The Decalogue of the Orthodox husbands

Do not be like a teacher lecturing your husband. The best way to teach him is to love… 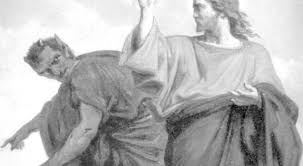