A Muslim woman from Bashkortostan (Russia), who underwent many medical tests and therapies in order to get pregnant succeeded in that only after she prayed before saint Nicholas’icon.

I’m a Muslim but for a certain reason I believe that the icon helped me, the happy mother declared for Komsomolskaya Pravda.

Her friends adviced her to go to the church. Her marriage had failed and her diagnostic was like a stab for her family – her disease did not allow her to give birth to children.

It was the first time when she was going to the church. She was a bit scared and she didn’t know how to pray.

The parishioners encouraged her to pray from the bottom of her heart.

Then she prayed by saying:

Saint Nicholas, wonderworker, help me get a son! And saying these she left a golden necklace near the icon.

After  a month she got pregnant and she finally gave birth to a perfectly healthy child.

Faith as the foundation of hope 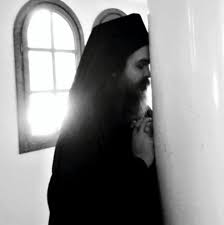 A MATTER OF… LOVE

The bag with holes

Once a monk fell into a sin. Then all the other monks of that skete gathered together and…