Ninzitsou is another technique that was invented in the IVth century by the Chinese general Sun Tzu. The disciples of this technique were instructed to kill silently. They also teach how to control breath and use meditation in order to stay submerged in water for a long time and control their heartbeats for passing unnoticed.

Tae Kwon Do originates in Korea with a history of many centuries. Tae means “I hit or crush with my leg”, Kwon means “I punch” and Do means “method”.

In Greece, the martial arts teachers advertise them as being harmless techniques used only for self-protection. Yet it is surely not so. The instruction in these techniques implies serious risks for health like traumatisms during practice and irreversible injuries to knees, waist and other parts of body. Mortal accidents are not a seldom fact. Such types of facts are usually assigned to inexperienced teachers and those who have nothing to do with the things they teach. Nevertheless, they do occur because this field is completely unchecked, as a Greek teacher declared: “The state will give anyone the possibility to open a school even if one was a pilot.” Thus, each teacher is given the possibility to create a myth around himself, apparently for his “titles” and “capacities” he attained while he might have very well achieved them only from videos. There were recorded cases of teachers whose diplomas were fake while the teachers who failed their “examination”, came more times even the very next day and they returned having a “black belt” or even the second and third Dan (M. Dimitriadu, The Truth about the Martial Arts, Athens 1998). Even the Greek Federation for Karate, considered as valid, is not able to control everything therefore the consequence is that these dangerous techniques are consigned to the hands of semi-professional teachers who keep them going in a speculative and exploiting circle for the naïve victims.

Another myth created around the martial arts is the fact that you can use them for self-defence. However this argument serves only the advertising purposes. A Greek teacher admits that “it will take you around 10 years to be able to use very well those you learn. Do not listen to those who talk about rapid systems for if they said how long it would take to acquire well the knowledge, no one would show up to learn.” (M Dimitriadu, the afore cited book, p. 224). However, as a matter of course, the martial arts cannot protect you at all by shotguns. They would have been appropriate for self-defence before the guns were discovered. Nowadays, though, the easiest way for someone who has intentions to harm is to get a gun.

However, the aforementioned risks are only referring to the physical part. There is though even a higher risk, the spiritual one, we will discuss about in what follows.

As we earlier mentioned, almost all the entrepreneurs of martial arts were monks or ascetics who rather learned a religious tradition than a method of war or self-defence. The training, exercises, moves and usually all their techniques involve and express this religious tradition and faith as such that it is impossible to separate each from the other. Thus, one who is initiated in the martial arts (because we can truly speak about an initiation) will be initiated in its faith as well that is totally different from Christianity.

Which faith do we talk about? We deal with the fundamental conception of oriental religions that claims that there is no personal God (for instance there is no Father, Son and Holy Spirit of Christianity) but there is an impersonal divine energy or vital force that flows in the universe and penetrates all things. This vital universal force, called Chi in China and Ki in Japan, with different names in other parts, is everywhere, even in the contrary match of yin and yang that continuously interact. According to the adepts of oriental religions, one will control this force when he unites his mind with his body using physical moves, breathing control and meditation practice. Here is why the martial arts involve such type of exercises and techniques. Their focus is on handling this so-called energy by introducing it inside one’s self and one’s union with it. Usually, the union with the vital energy is called “enlightenment” and one who attained this stage is called “enlightened”. However, the term “Buddha”, means exactly “enlightened”, Thus, in martial arts the connection between the instructor and disciple is like one between someone who has a complete set of knowledge and someone who has not but is something more: it represents the connection between the “spiritual” father and his “spiritual” son or in other words, the connection between the “enlightened” who pursues on leading his disciples to “enlightenment”.

But let’s study a real example: Morihei Uyesheba (1886-1969), the founder of Aikido technique, was intensely focusing on searching for “budo”, the inner essence of martial arts. During the middle of his life, he has a mystical experience: while he was sitting under a tree, the universe was shaken and out of the earth a golden spirit jumped and covered his body in veils and transformed him in gold. Then his mind and body became light and he could understand the birds and the “divine law”. Since then he had developed a technique focused on the disciple’s acknowledgement of his inner power achieved through channeling the flow of vital force Ki in different parts of his body. When the body was filled with that force, it would become strong. Uyeshiba showed often the way he controlled Ki energy: he could “root” himself on the soil such as no one could lift him up, to throw his opponents using simple moves and walk over tea cups without breaking them. The magazine edited by the “Greek Association Aikido Aikikai” that appeared in Tripoli (March 2012) informs us: “The word Aikido is composed from three Japanese words: Ai means harmony, Ki means spirit, mind or energy of universe and Do means “path”. Aikido means literally speaking “The path of harmony with the energy of universe”. We quote from the same magazine, sentences that clearly prove the concrete religious base of this technique: “The power of Aikido comes from the spiritual energy that will be released when one unifies his mind with his body and becomes one with the nature and universe.” “Aikido is not just a fighting method but a way of one’s nurture and betterment.” “Aikido is shugyo meaning an intense physical and spiritual exercise for improving one’s character and progress in real wisdom. Therefore it is obvious the meaning of a dojo as a space where we exercise in a spirit of collaboration and reciprocal help in the technique of harmony. Dojo is not just a simple place for training but for “enlightenment”.

We have to clarify the fact that for oriental religions, the “salvation” or rather the highest grade of freedom is the dissolution of human person within the cosmic energy or vital force. The correct meaning of the aforementioned sentence is: “The person becomes one with the nature and universe.” Ki is usually adjusted in martial arts through breathing. The body moves involve special techniques of inspiration and expiration. The breath is for many times accompanied by a scream that apparently helps the release of Ki toward the opponent and thusly to unbalance him. In other cases, their screams are invocations of some deities. Although the oriental religions do not accept the existence of a personal God, they worship though as known, plenty of deities. These are deified people or deified beings, meaning beings that united on the highest scale with the vital force and attained divine characteristics.

It is proved that martial arts represent a gradual and imperceptible but sure procedure to apostate from the Christian Faith and fall into another “spiritual” category, namely of oriental religions: Buddhism, Taoism, Zen, Shintoism, etc. The pursuit on them starts usually like a game, gymnastics or field events that will eventually lead him who carries on with them to occultism and acceptance of conceptions of oriental religions. Often even the instructors of martial arts (at least in Greece) did not consciously apostatized from Christ but as long as they are under the influence of a full ignorance of the Christian faith they consider that they deal with some compatible experiences and that the Christian God identifies with the impersonal vital force of oriental religions, occultism and New Age. Yet they all end up in the same point: the renouncement to the teaching about Holy Trinity that represents the base of Christian Faith, as well as to the belief that Jesus Christ is our only true God, Savior and Redeemer, the fall from the Grace of God and eventually the fall from salvation that comes through Christ. It is this that represents the biggest danger for man: his fall from salvation.

Many people are enthusiastic about the capacities of some who practice the martial arts, capacities that indeed, in some cases, surpass the natural human powers and therefore they leave behind a strong impression. They ask themselves: If these are not performed by the human power then what is the power they use to perform those by? Is it possible to perform them by a different power than Christ’s? Is it out of question that Christ might be involved in these cases? To give an answer to these, we go to the teaching and acts of Christ as the Gospel presents them. There we see that Christ has never taught about the self-defence, the repay of evil but about love, the forgiveness and sacrifice because “when He was reviled, He did not revile in return; when He suffered He did not threaten” (I Peter 2, 23). The Gospel reveals to us also the one who acts behind the “supernatural” acts of martial arts. It boldly says: “For all the gods of the nations are demons” (Psalm 95, 5), namely the religions including those that represents the base of martial arts are not just some innocent occurrences as they might seem because behind them the devil is concealed so that he performs impressive “acts” and makes the people worship him.

Fragment from “Orthodoxy and heresies” brochure of Holy Mitropoly of Mantinia and Kinuria, no 79, April-June 2012

MARTIAL ARTS AND ORTHODOX FAITH (I) 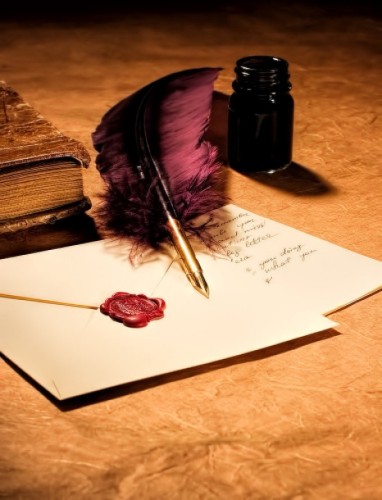 This letter is the foreword of the volume “Dărâmarea idolilor”(The falling Apart of Idols); even though some things… 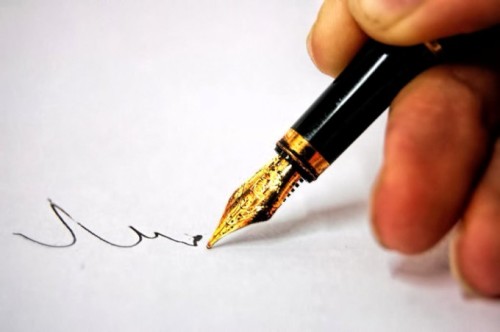 LETTER TO A FRIEND (III)

I’m through with the introduction! I want you to understand that if I write to you, I actually… 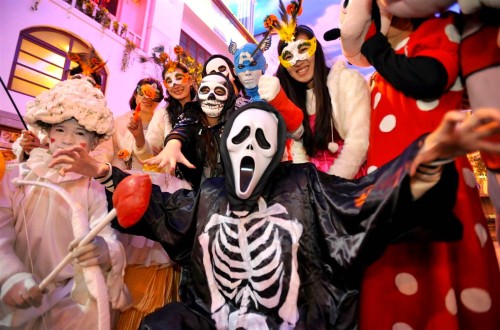