If we forgive, we will be forgiven (II)

In the years of the persecutions was a priest called Saprichios. This priest had a friend, a layman who helped him a lot. He was very close to him and his name was Nicephorus. Maybe because of their too close relationship they had a temptation and the priest was deceived by that layman and didn’t want to forgive him at all. Nicephorus went many times to ask for his forgiveness but he didn’t give it to him. The tempter didn’t let him do it.

One day the eparch of that diocese  caught Saprichios for being a Christian and a priest of God. He called this man before him and threatened him to abandon his faith. But he confessed his faith and said that he would not deny Christ by no means. The tyrant insisted and Saprichios did the same. Then they started the tortures. The kind Nicephorus knew that not even the confession of faith could escape the man of hell if he doesn’t have love and forgiveness. Seeing that he was to be martyrized and he didn’t forgive him according to the teaching of the Gospel, he was afraid that his blood would not save him so he ran to the prison. He fell to his knees crying and asking for forgiveness:

`Forgive me father for everything I’ve done to you. I am the guilty one.`

That was a demonic influence. This kind man, Nicephorus continued to ask for forgiveness tearfully and to kiss the feet of the priest.

`Father your martyrdom will not save you. You shed your blood and after a while you will be beheaded. You won’t be rewarded if you don’t forgive me.`

That man didn’t pay any attention to him. Going to the place of execution the humble Nicephorus was walking behind his executioners repeating his prayers tearfully. Saprichios continued to be relentless. Then something terrible happened. In the moment they wanted to behead him with the allowance of God the divine grace left Saprichios, the priest, his mind darkened and he denied Christ. In the last moment he lost the wreath of martyrdom because of his unforgiveness. And in his place was beheaded Nicephorus who is now one of the saints of our Church.

While Saprichios was punished with the eternal hell. Was it that hard to say: My brother may Christ forgive you? He as a priest preached the Gospel. Didn’t he know he had to give his forgiveness, didn’t he know that martyrdom doesn’t bring salvation without love?

However because of a demonic influence he didn’t give it to him and in this way he lost the Kingdom of God.

But when we look at the crucifixion of Christ is there any other more powerful example of giving forgiveness than His holy example? In the time of His great pains of His big privation of any human help, He did not complain, he didn’t say any bd words against His crucifiers who in that time tortured God the Saviour. He only turned His eyes toward His heavenly Father  and said: `Father, forgive them for they do not know what they are doing.`[1].

And His heavenly Father forgave them. Do you think that Judas the great traitor would not have been forgiven by Christ if he had repented? Of course he would have forgiven Him.

If we imagine now that Satan and his demons will repent God will forgive them. You know even if only a little how big and unimaginable is their guilt before God for the terrible sins both personal and those done to men. They began an open war against God and they blaspheme a million times per minute the Name of God. However if they repent for everything they have done God will open His Kingdom for them and will place them in the first place they had before their fall.

How much mercy God has! Think what a God we have! What an endlessly loving heart He has!

How much mercy we have before us! God is an endless ocean and His love, mercy and forgiveness are endless. They slapped and insulted and spat Christ, they whipped Him where His Most holy Blood was flowing and He forgave all of them from all His heart! And we who have sinned so much we don’t forgive and we don’t speak with our neighbor who said a word to us or caused us a material loss!

The poor man made of clay, the guilty, the rejected doesn’t want to forgive to his neighbor to his debtor the debt of ten dinars while he asks God to forgive him of all his debt. Instead of being glad that by  everything the others do to us we pay a little from our huge debt, we protest and we become more indebted, because we don’t forgive. Tomorrow we will die and Christ will tell us: `Look at My hands, look at My feet, look at My rib, at My head, at My back…they are all hurt for you. And what have you done for me?` Alas . We won’t know where to hide. For this reasons, sons anything they would do to us let us bend our heads and forgive our enemies.

Let’s assume that God offered to a man a thousand years of life. He filled all these years with sins; each minute with a terrible sin, with blasphemes, murders and injustices. A life of a thousand years full of wrongdoings. With our poor knowledge and without the spirit of the Gospel we will say that for this man is impossible to repent and save his soul. But there it comes the divine enlightenment, God comes and opens his heart and seeing that his life is near its end and he is about to go in the afterlife, because the dying gets this feeling – he thinks about all his sins committed in those one thousand years and his eyes begin to shed tears. He repents and asks for forgiveness from God. Do you think he will receive it? He will receive it plentifully.

We have the two robbers who were near our Lord, the Crucified. One of them says: “If you are God come down from the cross and take us down  too!`

Then the other robber, the grateful one says: But why do you speak in this way? Why do you add to the wounds of this saint your bitter words? This one hasn’t done anything wrong. But we committed murders and wrongdoings and we deserve to suffer these for what we’ve done.` And immediately after his confession comes the enlightenment of speaking to God and  turning his eyes towards Christ he tells Him: `Lord, remember me when You come into Your Kingdom ![2].

But since he was about to die in what kingdom did he ask to go with Him? He realized that this man who was crucified is God and has His Kingdom in heaven. And Christ turns his gentle sight and tells him: From this moment you will be with me in My Kingdom.`

And the robber is the first man who entered the Kingdom of God. The word of God doesn’t lie. If the robber with his key `remember me`

Opened the gate of heaven, repentance does this even more, the return and the tears will easily open the gate of the Kingdom of Heaven for every sinner. What a frightening incomprehensible thing is God’s forgiveness!

Excerpt from the book The Art of Salvation to be published by  Evanghelismos.

It is enough if the man doesn’t oppose God selfishly 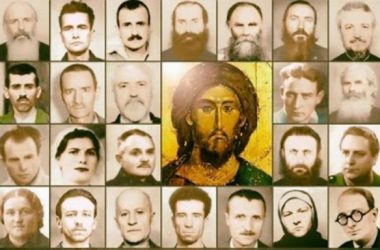 We can only honor the confessors by an unequivocal attitude. There were years when I read and spoke… 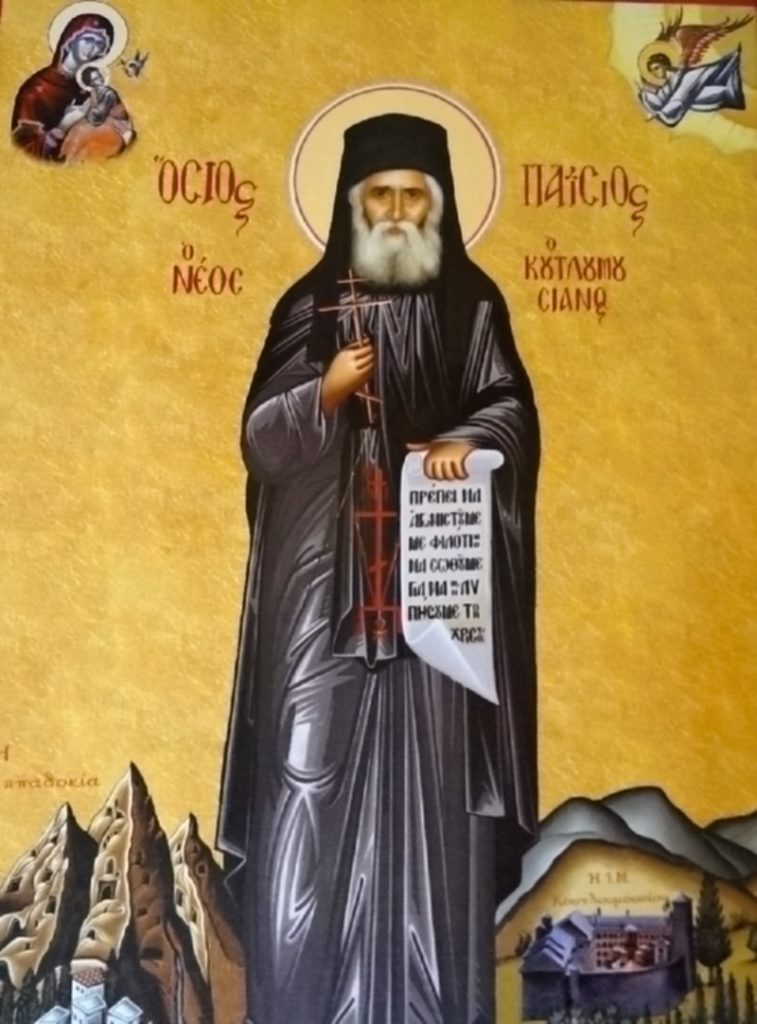 The monk should not justify himself not even when he is right, because justification makes a shelter for…