I don`t have the blessing to speak

How much it helped me this order to keep silence.

`When you go out of our hermitage` my starets told me, do not speak with anyone, no matter who he would be. You are allowed only to say `I don`t have the blessing`.

Keeping the word of the starets, I was protected from all the traps. Some simple elders had a little bit of cunning and tried to tempt a young monk like me to make a community.

If I had not had from the starets the order of keeping silence and I would have spoken with them they would have surely fed  me with poison.

How? They would have told me that my starets was in the wrong, that he did not live right as the other Athonite monks lived. Then most of the monks considered vigilance and the Jesus prayer some dangerous things similar with the deceit. With such words they would have destroyed inside me by the war of thoughts my faith and trust in the starets.

All these rumours were spread then in the Holy Mountain but they did not reach my ears because the order of the starets protected me. I did not let them start talks, I told them:

`I don`t have the blessing to speak.`

Of course most of the elders and fathers got annoyed but I didn`t care. I was concerned only about one thing: to keep the word of the starets. How much his word protected me. I kept only one order but this was my salvation. Later when I matured and went out and they told me bad words against the starets, they could not harm me anymore, because I knew very well who was my starets. His holiness was uprooted inside me. I was already purified through his truthful teaching and that is why I was saddened by their ignorance.

But the order of silence did not forbade only the talks with the people outside our community, it forbade us as well the talks among us, as the starets had seen how much benefit was brought by this. We could break silence only for very important matters.

The passions are the parasites which impede the divine conversation

Who belives in Christ is full of joy and hope 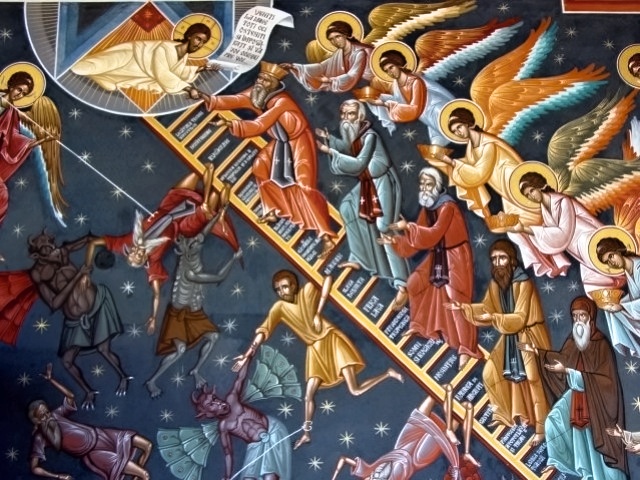 The strange world from today finds comfort in strange things not in the right ones. India, which is…

Jesus in His homeland 6 Jesus left there and went to his hometown, accompanied by his disciples. 2 When the Sabbath came, he…