God clothed in the garb of humility

„Christ is born; glorify Him! Christ comes from heaven; come to welcome Him! Christ is on earth; lift up your hearts!” (Canon of the Nativity of our Lord)

The Heavenly Father whose love is absolute sent His Beloved Son into the world. „ Oh, the depth of the riches of the wisdom and knowledge of God![1]”. God’s boundless love chose incarnation in order to bring here on earth the light of divine knowledge, to bring Himself closer to the man and help him know Him as his true Father and due to this knowledge to bring back the expelled one in the place of yore, in the celestial heaven. Thus He ordained the salvation of man.

As the devil used the snake for making the first created ones to fall and through them the entire mankind and he succeeded with the lenience of God, likewise Christ, through His human incarnation wanted to delude and fell down that one who deceived the man and to free the man from his power and take him back not to an earthly heaven but to a spiritual, celestial one.

How did the Son of God become a man? He covered the most bright light of His divinity with the human nature and thus the earth could shelter God and the man could speak to Him. The King of Kings and the Lords of Lords accepted to be born of  Virgin Mary as a Man. And He did not even have the smallest of homes and some heat, not even a simple hut as the poorest man on earth!

He wanted to avoid glory and honors and was born in the humble cave. But the Heavenly Father who knows how to glorify Him sent the star, that bright angel who preached to the entire creation the birth of His Son. The angels sang:

“Glory to God in the highest heaven, and on earth peace to those on whom his favor rests!”

The shepherds with their humble eyes marveled and spread this great joy that on earth was born its King. And the wise men, enlightened by God went there having the bright star as their guide to worship God unknown on earth and they marveled but could not take part in the mystery. Even the animals who followed the shepherds, the horses gathered around the holy infant and looked at him in amazement.

Virgin Mary, the Holy Mother of God, who was worthy of the unparalleled honor of becoming Theotokos as a virgin, without man, at a very young age, marveled and because she could not comprehend it with her mind, she wondered: how can a man be born without taking place the natural ones and how was it possible to shelter the infinite God in her small womb.

She looked with her innocent eyes and marveled. Her heart was filled of a boundless love for her heavenly infant.

Christ preferred to appear here on earth not in His divine glory and be born in a humble cave. According to saint Isaac the Syrian, God clothed himself in this garb of humility and descended to earth so that He could meet the man. Thus the man and the entire creation could come in communion with Him. Otherwise the divine fire would have burnt them. But His humility, as a divine clad covered Him and thus God approached us with love and compassion.

Evangelist John says: „The Word became flesh and made his dwelling among us.”[2]. God took a human body, He became a flawless man, without sin, so that He would make us his friends and sons by rebirth.

Compassion, humility, sacrifice and obedience were those who brought Christ on earth. If He didn’t love the man, He would not have humbled himself completely until the end, proving obedience „he humbled himself by becoming obedient to death— even death on a cross”[3]. Christ did not come to accomplish His own will but His Heavenly Father’s will. And He fulfilled it in a glorified manner since with His power he destroyed the devil and hell, freeing man from his slavery. He took him on His shoulders as if being a prey and brought him before the Heavenly Father and triumphantly ascended to heaven, after having fulfilled with complete obedience His command. And through this obedience He was given a name above all names, the name of Jesus, which means the Savior.

God’s aim was not only to save the man through His Son, Who came into the world but also to leave us a divine teaching, an undying light by means of Christ’s life so that whoever wants to find salvation to be able to step through this light to God. 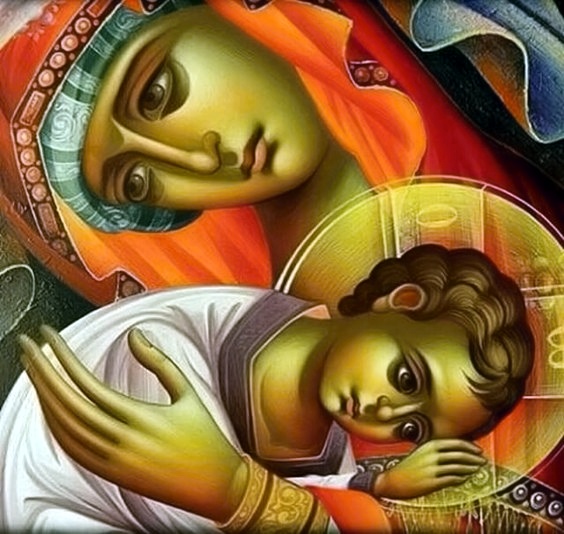 Have you ever experinced what in christian words is called `Divine Love`(Divine Eros`)?

The old monk stood up, went to the open window of the balcony and raised his eyes to…

Nobody has a greater love