Christ, the fulfillment of the prophesies

On January the 3rd the Church commemorates the saint prophet Malachi, whose prophesy ends the row of prophetical books of the Old Testament and places us awaiting the coming of Messiah. The prophets write about the fulfillment of the rule of God in the coming of Messiah which will resettle peace between people and God. Thus Christ is the fulfillment of all prophesies and expectancies of mankind.

The prophets of the Old Testament were not only foretellers but they were also the men of God who felt inside them the call to show the people the right path they could walk on towards their God and Creator. The prophets often had disciples and behaved in a way like the starets or the confessors from the monasteries with which we are accustomed. IN Israel there were as well some kind of schools of prophets and their disciples were called sons of prophets. The prophets most of the times admonished the people for their abdication from the true faith and their fall into the worship of idols. Many times they admonished the moral falls of their contemporaries reason for being hated by those whom they admonished. Tradition tells us that almost all the prophets were killed by their fellows

Because they didn`t like their admonishment. One of the prophets who left writings is saint prophet Malachi, the one whom we commemorate today on January 3rd

Saint prophet Malachi is the author of the book which keeps his name and he is considered the last of the writer prophets of the Old Testament. There are some opinions among the Bible researchers that he was contemporary with Haggai and Zechariah in the period of the return of the Jewish people in their homeland after the Babylonian exile. IN the masoretic biblical canon and in the Greek translation Septuagint the book of the prophet Malachi is the last among the writings of the 12 minor prophets but one of the scrolls from Qumran  (4QXIIa) places it on the penultimate place before the prophesy of Jonah which seemingly was the last one.

We mention that the division into chapters of the Bible was made in the 13th century by the cardinal Stephan Langton from England and in verses after two more centuries. The style of the book of Malachi is a special one, as it appears in the form of dialogues (six) between the prophet and God and his opponents. Many times the prophet quotes the opponents with their sayings.

The book of Malachi reminds us of the judgment throne where the Judge (God) shows to those from the judgment hall how much he helped them and the way they knew to appreciate that help. The prophesy ends with a promise that the Lord will come but before this coming someone else will be sent to prepare the path and the people so that they won`t be punished:

Remember the law of Moses my servant, whom I charged at Horeb with statutes and ordinances for all Israel.Now I am sending to you  Elijah the prophet,
Before the day of the Lord comes, the great and terrible day;
He will turn the heart of fathers to their sons and the heart of sons to their fathers,
Lest I come and strike the land with utter destruction. (Malachi 3, 22-24).

The prophesy of Malachi and the Transfiguration of the Savior

The fact that Jesus from Nazareth is Messiah  is contested by His contemporaries especially by those who were subject to His vehement critics regarding their hypocrisy and the use of the Law in mercantile purposes. On one of the nights from the time of the preaching of the good news about the salvation of mankind from the slavery of sin, our Saviour Christ takes three of His disciples (Peter, Jacob and John) and ascends on the mountain of  Tabor to pray. The disciples fall asleep at night after many hours of vigil but they wake up in a strange light when they see the transfigured face of the Master and beside Him the prophets Moses and Elijah. These are nobody else than those who in their direct dialogue but supported by symbols with the son of God – the Logos through whom everything was made, ask to see the face of God. Both of them ascend on the mountain and there they see God symbolically (the first from the back and the second in the form of a soft breeze) The writers of the books of the Old Testament relate us these two experiences but we understand them now after we read the account of the ascension on the mountain and of the encounter with the two prophets of the Saviour. IN the world of God where Peter Jacob and John had the chance to enter as well  for a few moments there is no past or future everything is at present, here and now. This fact is shown especially in the Byzantine icons which present certain events from the history of salvation.

We see in them as if everything would be in one place, things which took place in different moments of history.

The prophets Moses and Elijah ascend each one of them on his own mountain and Christ ascends on Tabor but in the Kingdom of God they meet in the same place and understand the great mystery of the creation of the man and the deification of the Logos. The master appears to His disciples `transfigured` (Matthew 17, 2) in the same way He appeared after His Resurrection when the closest disciples were not able to recognize Him and the Evangelist adds softening the inner blindness of the disciples that `their eyes were impeded to know Him.` (Luke 24, 16).

The prophet Malachi shows in the last verses of his book not the end of the world how it is explained in certain interpretations but the climax of its history when the man can finally see God face to face without dying and living with Him for real. This view prophesied by Malachi is the central part of the hesychast in the Orthodox theology very well emphasized in the liturgical rituals especially in the night vigils which are set by the Typicon on every Sunday, feast and commemoration of a saint loved by the community. After the vigil, despite their weaknesses, the disciples saw the `face of God` and we are called as well to see the face of God toiling our body but especially our soul and heart in the nyptic prayer set by the Fathers of the Church. 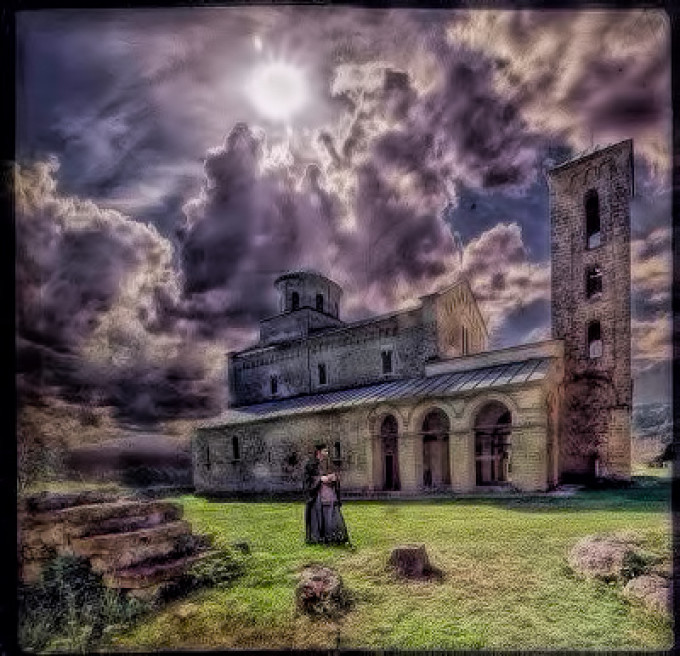 Your house can be a monastery too, if you want it

Pious Porphyrios Kavsokalivite I’ve been tantalized for a long time by the thought of becoming a monk, for… 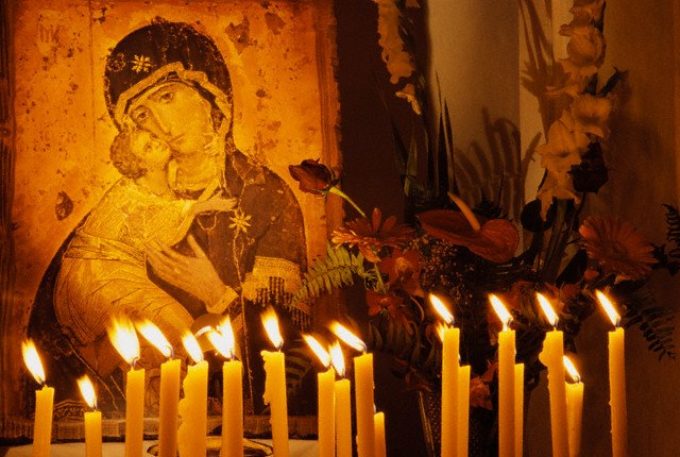 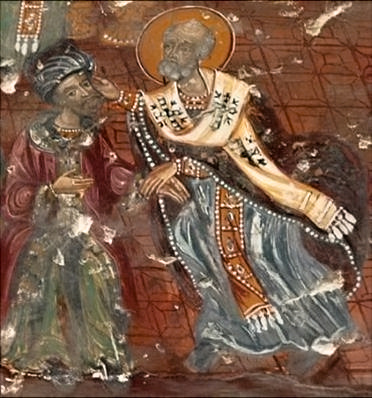 The holy canons are inspired by God

It is unacceptable and is rejected any division into main and secondary canons. Either we receive them all…