Once a monk from a monastery prayed God to open his eyes to see the hidden wickedness of everyone and help them. When God made his wish come true the monk tried to intensify his acetic strife especially since he saw the evil very clearly. But because of his spiritual immaturity the evil he saw at the others scared him terribly and then he felt very disgusted by people.

One day someone came at the monastery and wanted to see the abbot. But the monk who was able to see the evil, seeing how sinful and perverted was that man said to him:

`How dare you come to the abbot like this? Your presence will offend him.`

Hearing these the visitor left. After that the abbot called the monk and asked him if someone had come and looked for him.

`But where is that man?` asked the abbot.

Then the abbot looked at him and said:

`Didn’t it cross your mind that this might have been his last occasion?`

Then the young monk was deeply ruffled and begged the abbot to pray to God to take back from him the charisma of clear-sightedness he had received. But the abbot said:

`No, God won’t take back the gift He has given.` `But I’ll ask Him to make it possible that when you see someone’s  wickedness to live it yourself as if it was yours, because you and him are both limbs of the same body of the entire mankind.

On one of his wanderings this monk arrived one night at a house of a Christian and asked him for shelter. He asked that man to let him enter and give him a place where to pray. He didn’t ask him for anything else only to allow him to pray there. The master of the house was surprised by the request of that monk and received him, giving him a small room where to rest. But the monk started to pray immediately. The host eavesdropped and heard the monk praying tearfully and confessing his own sins as if they were the monk’s. And he was a bad man, with many sins. Hearing his own sins he saw himself through the eyes of that righteous monk. He was shaken and began to repent and cry. Then he confessed to that monk and when he ended his confession he was already healed.

Priest Constantin Sturzu We can speak of two kinds of faith. The first is the theoretical, mental one,… 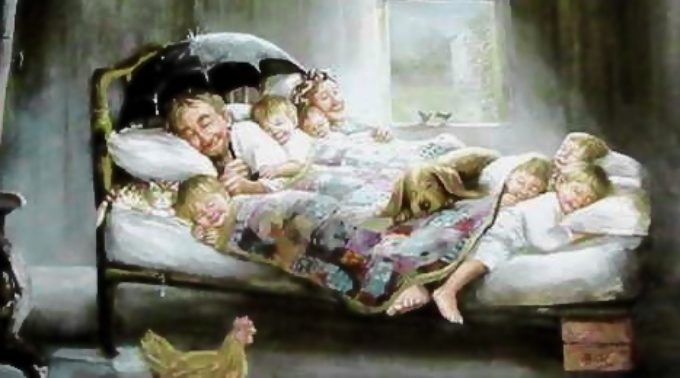 We should get satisfied with a little

Gheronda these times are dominated by economic problems. We all aim to increase somehow our family incomes and…