When God was removed from the spiritual universe of man it occurred a natural disaster which violated the law of gravity.

In a society where the loss of the first edition of The Flowers of Evil by Baudelaire it is taught in schools as being an act of vandalism and prophet David is taught from the sculpture of Michelangelo  what was firstly affected – in our opinion – was the sense of reality. The personal alienation of the artist is projected gradually over the whole society and becomes a collective alienation. The postmodernist scribbles which ten years ago revolted every normal man today are on all the covers of the school notebooks and books or put as stickers on fridges. More than this, the wallpapers with such patterns, imitating the scribbled walls or fences from the cities decorate the rooms of the apartments.

On cars there are stickers which imitate a splash of paint dropped by mistake! Not to mention the clothes the youngsters and the retirees wear. Not long ago any youngster would have considered a shame to wear a ripped pair of trousers. Today he is tearing the trousers himself. Both women and men paint themselves like some clowns. A few years ago to go in the street with a sausage would have been considered an act of churlishness, today they go in the street even with their French fries and feel perfectly comfortable about it.

A total alienation takes place before our own eyes and with our own self. We live among billboards advertising pads for women and condoms. We watch admiringly how a woman is removing the hair from her legs or is drilling her cavities. We fell down in the dirt which the wife was ashamed to confess to her own husband. 20 years ago all these would have been scenes taken from French comedies, but today they are part of our lives. We brutified ourselves so much that we don’t know how to use our freedom anymore.

What kind of freedom is the man of nowadays talking about when he watches for ten hours a day movies where he is told when to laugh by a soundtrack with recorded roars of laughter? Where is the scale of values? Where are the ideals? Yes, the man escaped from the tyranny of religion! Art has won! It triumphed over religion! But it became in its turn a religion itself, a treacherous and tyrannical one. A religion of destruction. We live in a society tyrannized by art.

The artist seen as a hero who saves the soul chained by the religious dogmas is a product of the West, of the Catholic Italy. Renaissance did not appear in the Orthodox Greece for instance, the culture which suffered of anthropocentrism till Christianization as badly as the Roman culture. Orthodoxy has never persecuted culture, on the contrary, it used it in its preaches. Constantine the Great was a refined lover of culture and adorned his palace with the works of the artists from that epoch. If you read the word of St.Basil the Great for the young people about the way we could use the pagan writings you can understand that in the conditions of the canonical Church the soul doesn’t have anything to free itself from since it has been given the whole freedom in the world. In Orthodoxy there is no rejection, only selection.

We don’t know in the history of the Orthodox Church any Savonarola. We consider that such an ostentatious return to the motifs and ideals of the Roman art before Christianity, meaning to  anthropocentrism and eroticism with an obvious purpose of demythicization, as it was the art of the Renaissance it was possible in the context and it was caused by the dissipated life of the Catholic clergy of those times. First the demythicization had taken place within the so called church, by the violation of the virginity imposed to the priests (against the apostolic teaching) and by many other wrongdoings, like crimes, robberies, the sale of the indulgences, the papal infallibility etc. And the fact that Michelangelo paints naked biblical characters is of course a form of parodying the state of the Catholic Church. The nakedness is in fact that of the priests.

The artists attack without any scruples all the Christian ideals because they had seen the Catholic priests and cardinals had been doing the same. The artists revolt themselves but they don’t correct anything. Because they are in the same way themselves. They were wicked and they had been waiting for a good opportunity to unleash their own wickedness. And they found this occasion: the fight against lies.

Under the mask of nobleness they committed wickedness against the others but also against themselves. We should not forget that these artists of Rennaisance or later a Rousseau or a Diderot revolted themselves and sought to free themselves of the Catholic mentality. But we have appropriated their atheism wrongfully, cause of the ability of the atheist propaganda which endeavoured to present Christianity as an amalgam of the aberrations found in all confessions, confessions which the Orthodox Church strongly condemns.

We, the Orthodox try to free ourselves of what? Of our own freedom. Of God. We revolt against ourselves. If we read only a few pages of Orthodox dogmatic we’ll see that we defied ourselves without knowing and of course without wanting it.

The Orthodox dogmas formulate the noblest aspirations a man could have and express in a perfect form the logical thinking. When the blessed Augustin came to know the Church he got ashamed and said: “Thank you, God, for what I blasphemed was not Your Church only my wrong idea about it.”

If the artist who is revolted against the Church dogmas reads these pages of dogmatic he finds that in Orthodoxy there is a dogma about the free will of man which cannot be violated not even by God. There is another dogma about the resemblance of man with God which implies among others that the man can create or recreate. What would then remain of his view about the tyranny of the dogmas? The dogma says: use your own free will, don’t let yourself be tyrannized by the ideas of one movement or another, don’t remain ignorant, free yourself! The man is afraid to find out that everything he had thought about God is false. That God might prove to be good. The man is afraid to go and meet the One he had aspersed before knowing Him. The man is proud, he is afraid to meet his Creator. Because he stole His clothes and went to the ball with them. He stole His name and took out money from the bank and signed affairs that don’t belong to him. The man made enormous debts and bragged that he is the lord. And now he has found out that the True Lord called him and he is terribly ashamed. He seeks reasons for refraining. He invents lies. He opposes and  asperses his Lord. Because he thinks that the Lord calls him to rebuke him. But the Lord calls him to make him His inheritor.

The artist revolts asking for his right to draw men on paper. But God calls us to recreate ourselves, to build a new being for ourselves. The artist asks for his right to imagine what is beyond the stars. God invites us to make us so powerful that we could move the sky and earth with our hands, as Elijah did. The artist asks for his freedom to drink plum brandy at an exhibition with some shrunken women and God invites him to talk with the angels. What’s bad in what God wants for us?

The world has become impoverished because of its artistic mentality. The modern man suffers of the syndrome of Midas, everything he touches becomes art. Life itself became an art, a  shoddy  kind of art. The man does not live a real life anymore, but a virtual one. He is tyrannized by ideas which estrange him from reality. He is haunted by these ideas, no matter how beautiful they would seem. Or maybe they are too beautiful, uselessly beautiful? Not even that much. As the beauty and value of gold became a curse for Midas art became a curse for us. As gold in itself has no beauty or usefulness, only by what it can be gained by it, being useful by convention, art is without any use. And as Midas would have given a mountain of gold for a glass of water, in the same way there will come a time when we would not be able to change the whole beauty of the world for a drink of living water brought to us by Christ (John 4, 10).

Art should not run away of knowledge, as it happens in the modern art, which estranged from philosophy, from reason and builds itself a false language of emotions and feelings.

Art should not be hermetic or occult as some preach about it. It should be clear like the diamond and justify its right to exist by this fact. Generally no human activity should be against knowledge. Knowledge is the noblest aim we had been created for. The more you know, the more you love, said Da Vinci. And it starts from knowing yourself. Socrates knowing as much as he could before Christ realized that he didn’t have any knowledge. I know that I don’t know, here’s the beginning of wisdom, the path to humility. Because after we discover that there is no fullness of knowledge within us, we go to seek it where we have been told that we could find it – in God. And after we convince ourselves that God is Wisdom, we would bring Him in our hearts, as He had promised Himself. In this way we will be able to know ourselves since we are capable of deification. As temples where God loves to dwell, to fill us with power and immortality forevermore!

Even if he hanged himself…

The Mystery of the Holy Trinity 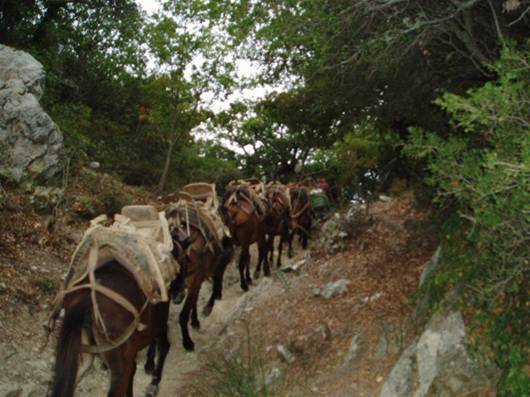 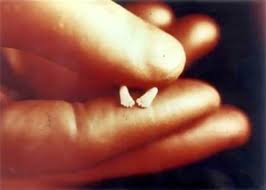 In Leningrad lived a woman with her husband. They were both doctors. During the war they were both… 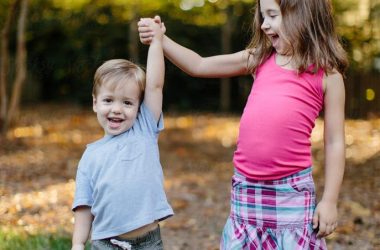 The body and soul

Two men were talking. One of them was rich but he was faithless. He was always preoccupied by…