Art is what man understood from his separation of God. It is the drama of our separation and solitariness. Solitariness is a central theme in art and besides that art cannot even be conceived without it. But solitariness means death. Eminescu captures brilliantly the genesis of art:

I little thought that I would learn to die/Forever young, wrapped in my cloak,

Lifting my forehead to the star of solitude.

Here’s Adam’s screaming and whining after he had fallen from Eden: I little thought that I would learn to die. He is shocked by death. That’s art: the attitude of rejecting death, of being revolted by it, of suffering because of it. But there is also the consolation without escape, the passive learning to die. The man has just learnt to die and he has already forgotten the place of God. He raises his forehead towards the star of solitude.

We assume that this raising of the forehead is art. The forehead as a symbol of wisdom and power does not feed itself anymore from God but from its own being. The star of solitude it’s rather an infinite projection of our personal loneliness, an absolutization of our loneliness, which becomes the centre of a desperate and docile universe. This new star, singular and personalized, eliminates by its importance, all the other stars, becoming for our character the single landmark in the entire universe, the only light. I raised my forehead towards the star of solitude. Not the eyes, the forehead! The man is groping after light with his forehead ahead. His eyes are so much blinded that he doesn’t remember of them anymore. He does not give himself any chance to recover them. We could even imagine his eye sockets closed. That’s why he is raising his forehead. Here’s art.

How did the man adorn the star of his solitude? What’s that thing so worthy to live for it? We say that it worths living only for the things it worths dying. We’ll see that for the artist this thing is not an aim, only a method. The chaos and death make the aim lose its importance and meaning. The absurd invades our existence, without escape. The 20-th century is the century of the absurd, that’s well known from Camus, Sartre, till the absurd of Eugene Ionescu.

But before being given a name, the absurd had been abounding in the whole art of the world, starting with the epic of Gilgamesh till Romeo and Juliet or other masterpieces from where God is missing. And from this point of view men were right. Since the absence of God can be only absurd.

Death is the guillotine which evens all our aspirations, the noble and the mean ones, without any distinction.

That’s why the believer cannot be an artist. For him the aim – the meeting with God – cancels the method, namely the art. The disbeliever has no aim and for this reason what is a method for the believer for him becomes an aim. He gets stuck in the method like in a spider web, a spider web that he made himself and due to this fact he does not realize the danger. Art for the sake of art is the incapacity to see further, to see God. It is the immobility in his own self. The whole history of art is nothing else than a parade of some people with psychological complexes. A parade of helplessness. An assault of the winter palace of our conscience. A revolution which forces our conscience to admit all those complexes as something special and worthy to be taken into consideration. In his writing about art, Freud calls the artists mad men on stage. Because there it takes place a download of the complexes, an elementary release of these infirmities. The joy the spectators experience at a show is due to their identification with that artist and to their co participation at some feelings and scenes which normally would embarrass him. When Freud made his assumptions regarding this issue to have sexual intercourse on the kitchen table or in the tram station it was not an act of emancipation but a shameful deed. Art is the phenomenon which transforms complexes through a process of ennobling them till idealization.

After three millennia of history of culture the man has nothing more to say to the world. He gravitates around this boulder, named history of culture and sees that in fact it is much smaller than he expected. It is like a cheese colander which, after all the whey had poured out, it became very small, changing the plans of those who gathered around it to eat it. And the man tries to extract from this boulder meaning to increase its value. Thus art critics and theorists appear. What for? For writing tomes to convince you that Barbu’s rhymes  at the precipice of Uvedenrod/ many overweight, musical gastropods might hide meanings which the human thought cannot even  comprehend? And that the pelican of Urmuz is such a brilliant poetical expression that it deserves to open a new poetic age? Which has already been opened! But these trifles are not even the whey from which could be obtained a handful of cheese and – do forgive me – this might be possible only after the shepherd introduces his hand in the milk and throws this away. 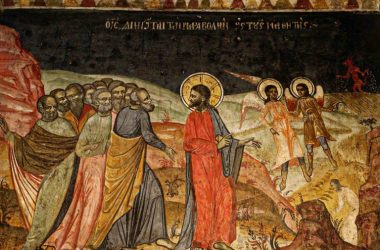 The Parable of the Tares 24 Jesus told them another parable: “The kingdom of heaven is like a man who sowed…

Listen to me (part II)

The day when we were to go home finally came. I thought that maybe now things would change.… 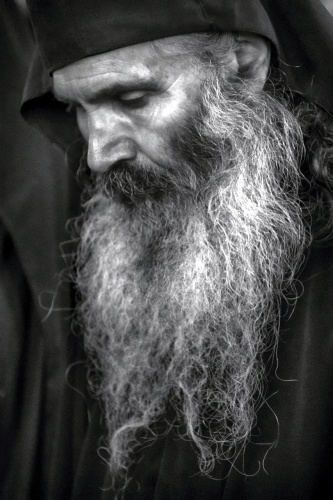