A blessed unction and a premeditated betrayal

Christ the Saviour reaches again His Holy Passions ! Our sins will put again thorn crowns on His holy head: the recklessness of the people will embitter Him more than the vinegar and gall; the recklessness and conceit of the world will despoil Him of clothes leaving Him naked and feeling cold; the venom from inside us will shed His blood; spiritual blindness and the bad faith of the world will nail Him on the Cross. We get sad and even cry living again with the Lord all these terrible deeds. But no matter how paradoxical it would seem, passing through the troubled days of the Holy Passions of our Saviour, somewhere within our being we should also rejoice. We should cry for the death of the Lord, but also rejoice spiritually as the death of the Redeemer bears in it our immortality.

But before receiving the salvatory news, before splitting the dark night of the sin with the bright victory against death through the death and Resurrection of the Lord, we still have a few more days when to meditate profoundly at what is to happen: Christ, the Lord of the history of the entire mankind will step lovingly, with unearthly love towards Golgotha to open for us the path to another history, that of God – the Eternity. It has begun the week of the Holy Passions of the Lord, the most intense liturgical period of the ecclesiastical year, when the Church prepares the faithful to live with their entire being every moment of the way towards Golgotha of the Great Crucified One trying to approach the One who suffered for us.

On the Holy and Great Wednesday from the Week of the Passions of the Lord it is remembered the sinful woman who, before the Jewish Passover, made a gesture, for many incomprehensible even scandalous, pouring over the head of Jesus a pot with very precious myrrh during the dinner from the house of Simon the leprous. During the holy services of the same day it is remembered this unction and also the council of the leaders of the Jewish people to catch the Lord and also Judas the Iscariot, one of the twelve Apostles, who betrayed Christ for 30 silver coins. That is why the Holy Fathers decided that on Wednesday should be a fasting day during the entire ecclesiastical year. Refraining from the animal food on all the Wednesdays from the year  we show to our Most Kind Redeemer that we dissociate of the traitor and we love more the spiritual food, the communion with God, to the detriment of the ephemeral and fragile goods offered by the pleasures of this world symbolized in this case by the animal food.

The two deeds mentioned in the Gospel read at the Liturgy of the Gifts from the Holy and Great Wednesday diametrically opposed urge us to meditate at the hidden significations found in them, clarifying our behavior towards Christ the Saviour.

The first, of the sinful woman who confessing her sinful condition and wishing to be forgiven did not take into account the high price, according to some people, of the myrrh poured over the head of the Lord. The other deed, the betrayal of Judas, the traitor, shows its gravity as the fallen disciple put a price on the priceless Myrrh, the Son of God. The sinful woman gave money to buy the myrrh and Judas in return received money to betray the Lord: the woman honored Jesus while the traitor betrayed Him.

The woman watered with her tears the feet of the Saviour kissing them afterwards and Judas with another kiss, but with a false one, sealed the betrayal.

The two deeds sustained by two opposite inner states are also emphasized by the chants of the Matins from the Holy Tuesday – in fact the Matins of the Great Wednesday:

`The sinful woman came to You, pouring myrrh and shedding tears on Your feet, Lover of men, and was healed on Your order of the heavy smell of misdeeds; and the discontent disciple blew away Your Grace. He threw it away and got muddled in the mud, betraying You for the love of money. Glory to Your Mercy, Christ

(The Matins from the Holy and Great Wednesday, the hymn after the first Kathisma,  Triod, Bucharest, 1986).

The Holy Fathers clarified the importance of the unction from the Great and Holy Wednesday as it prefigures the death and burial of the Lord: according to the funeral ritual from the Jews, the unction of the body with spices represented a significant moment. The sinful woman remembered in the third day from the Week of the  Holy Passions of the Lord, by her gesture, anticipates  as well the work of the myrrh bearing women from the morning of Resurrection. The precious myrrh as a symbol of the burial of the Lord`s body became in the Church the Holy and Great Myrrh used for sanctifying the Holy Table from a newly built church prefiguring the Tomb where the Savior was put and from where He was Resurrected on the third day.

The Holy Myrrh is also used at the consecration of the Antimins which symbolizes the lying in the tomb of the Great Crucified One and also at the Sacrament of Unction which follows after the Baptism showing that who received the Baptism with water and Holy Spirit becomes a partaker of the mystery of the Lord`s death and Resurrection.

In conclusion the Church urges us to follow the example of the sinful woman with her deed of showing appreciation and gratitude to the Lord. IN the same time the Matins from the Holy Tuesday evening (the Saint and Great Wednesday) teaches us to avoid to betray God because every committed sin estranges us of His Gospel making us slaves of the enemy as Judas, the traitor.

Thinking honestly about all these let us pass through the time left until the Holy Easter with the sincere repentance of the sinful woman keeping in our heart her love and gratitude towards the Saviour, following Him to Golgotha and staying close to Him in the terrible moments of His Holy Passions and afterwards keeping vigil near His life giving tomb we will be rewarded as witness to His Holy Resurrection.

The Blood of God! 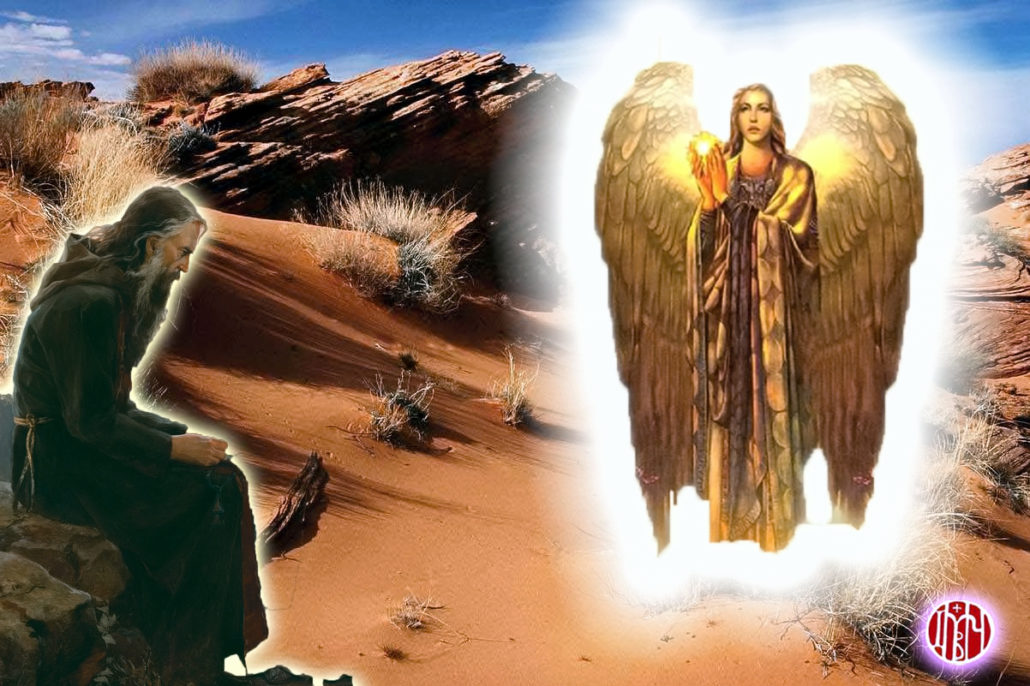 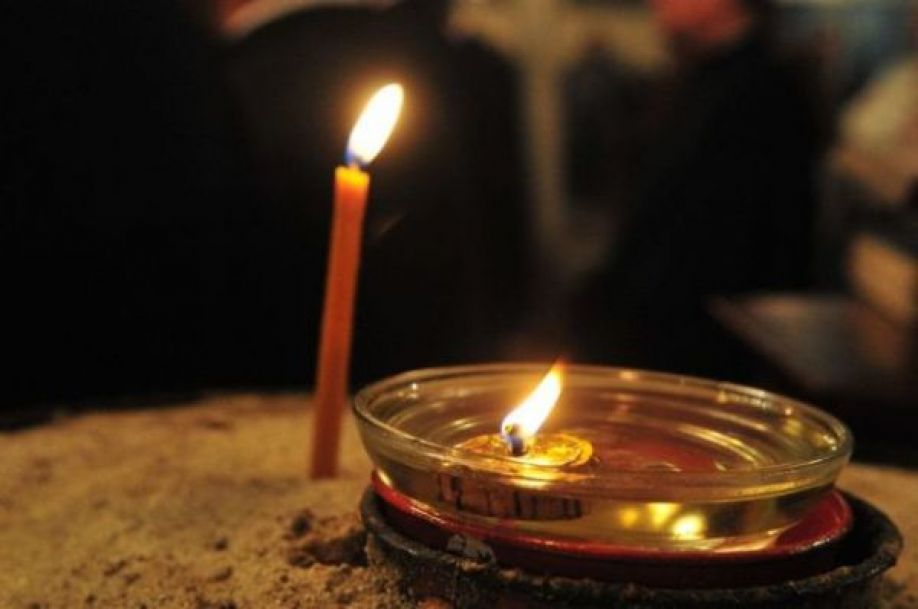 The difficult years are approaching …..

Αrchimandrite Ephrem Philotheos The difficult years are approaching. When we see wars and earthquakes and different other events… 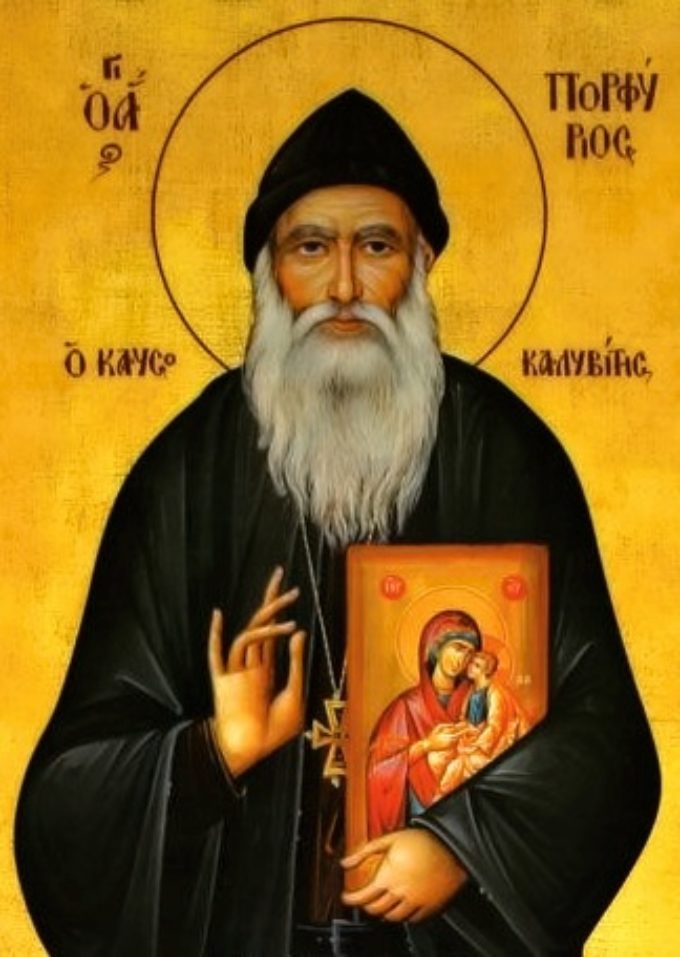