The naked hermits who live on Athon are the signal senders of the earth to God.

A certain monk said leaves his monastery for 20 days saying that he is going to Thessaloniki but he goes to an old oven, cuts two branches as a roof and stays there eating just dry bread and drinking water.

There was a monk at a monastery with self-ordination who showed much zeal in the spiritual life. His starets seeing his zeal for strife left him an hesychast cell for having greater freedom. But he didnțt use well this freedom and thinking that God did not answer to his trife, he got tired quickly and started to live recklessly. He began to look over the magazines left by the laymen at the xenodochium and with the dirty images he saw in them lust burst. He was thinking day and night at these and in the end he decided to throw away the robe and go back to the world. He had a friend in Thessaloniki and wrote to him that he was sorry he made himself a monk. `Now I want to come back and ask you to find me a good girl to marry her.`

He settled everything well. At the end he came to say good bye because we knew each other. When I saw him I understood what was happening. I asked him a few questions and shook him well. He told me everything. He went even to psychiatrists and was taking pills and ultimately being desperate was going to marry because he couldn’t find any help anywhere.

`Hold on, I said. Your conclusion is wrong. In the life of a monk there is some sort of comfort you didn’t feel.`

I talked a lot to him. IN the end he started to cry and repented for what he wanted to do.

He decided to start all from the beginning. I told him to make three prostrations and twelve rows of prayers. Today he is making 700 prostrations as if he were made of rubber without getting tired and stand for hours to pray. And he feels much joy when he prays. He told me:

`If this joy is heaven I accept to stand like this for ever.`

`Did you lose your mind? This is heaven? You have a grain of sand and speak about the heavenly joy?

Now he is very much ashamed of that happening. Sometimes he comes and he talks about that to see if I remember it and blushes. But I show him that I completely forgot about it and never mention it. And if someone goes to his monastery and stares at him he blushes and bends his head because he thinks `elder Paissios told him the happening and that’s why he stares at me.` Now he has some people around whom he counsels and help. He is a personality and is of course useful for his monastery.

Some time ago a young man came to  Iviron to become a monk. He was 35 yo. He had left to America when he was 18 and as a child that he was then he found freedom and money. Thus he partied all night. All the money he earned he spent with the women. When he reached 35 he thought: `What am I going to do? A life like this one I am living is lived by the animals. I’ll go to the Holy Mountain to become a monk. And he came indeed and became monk at Iviron. And because he had lived in sin and got disgusted of himself, he dedicated himself to ascetic struggle. And this gave its fruits. He had a big strife and for this reason God blessed him and he got a good spiritual state.

One day hyeromonk Athanassios decided to try him. He was of course a man with a real spiritual life.

`Let’s see if his thought changes or he is without passions?`.

`You fool, what are you doing?`

`Have you thought well when coming here? You were living in America and had agood life and came to the Holy Mountain? Now when you go to sleep you hear the bells tolling all the time. And stand all night long in the church while there you were partying with young girls. Here after a day of labour what is expecting you is a dish of chickpeas without oil while there you had your piece of meat and beer. Did you think well about the step you made?`

At the beginning that man said that the monachal life is the best. Then sat and looked at the other and bent his head and looked down. Then father Athanassios left him.

After 2-3 hours he went to see what he was doing. He wanted to see if after 15 years of monachal life he had changed in good. He went to his cell and there what he saw? The man was making his suitcases to leave.

`What are you doing?` he asked him.

`Look, he said frowning, I decided to go back to America. I am not good for a monk. I was wrong when I came to the monastery.`

`You fool, I wanted to make a joke and see if after so many years in the monastery you changed. And you for two words I told you fell into despair and are ready to go to America, to your girl friends? Try to repent for this wrecked man.`

He told him some more things and that man repented because he had fallen into despair and wanted to leave. Then he repented all his life for this weakness.

The power of a cross hanged on your neck 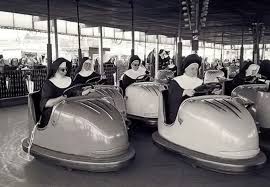 The worldly spirit in monachism

`Father, many people tell us: Here you’re living like in heaven.` `Pray not to lose the other heaven.… 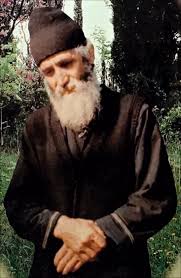 What virtues needs the man to be overshadowed by the grace of God?

`Humility alone is enough. Many times some people ask me: How much time needs someone to gain the… 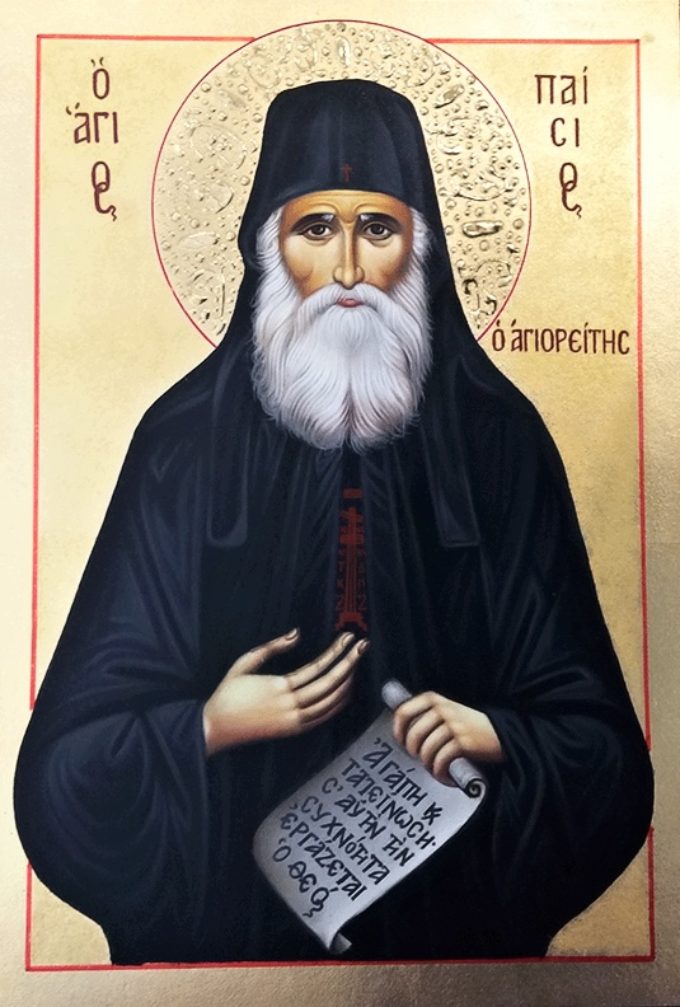 Someone can easily harm himself if there is pride and selfishness. You notice this even at snakes. You…